You'll be hard pressed to find a building more beautiful than the Oslo Opera House (Operahuset). It rises from the banks of the Oslo fjord--white and angular, sleek and graceful--reminiscent of an iceberg. On a sunny day, the windows sparkle. 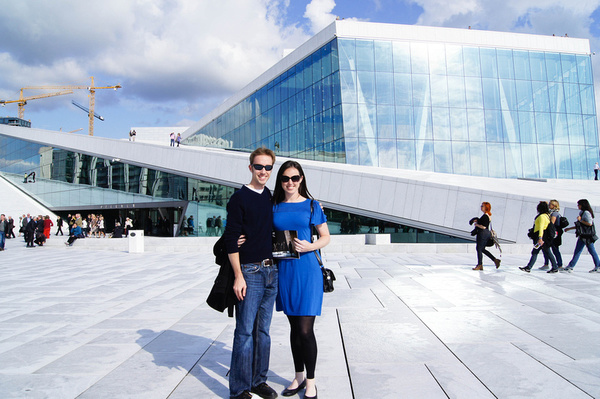 Operahuset is a modern gem in a city full of Victorian buildings. Completed in 2007, the design was chosen in a blind competition of 350 entries. How perfect that the winner turned out to be legendary Norwegian architecture firm Snøhetta .

Our first spring in Oslo, we attended the opera Peter Grimes. Here's a peek inside...

Interior shapes and textiles are inspired by the ancient ship-building culture of Norway. 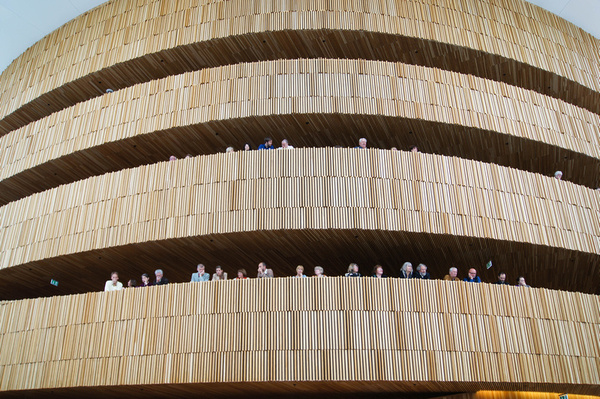 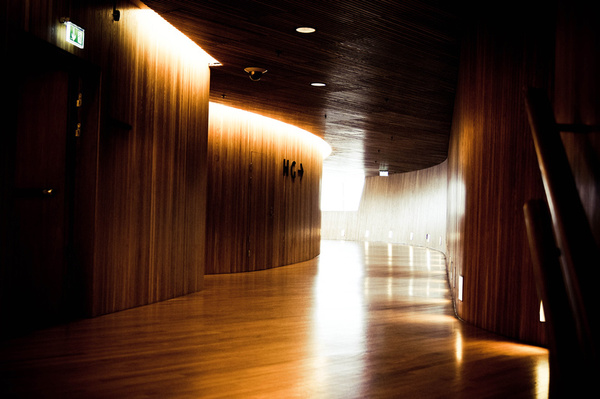 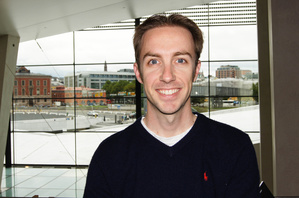 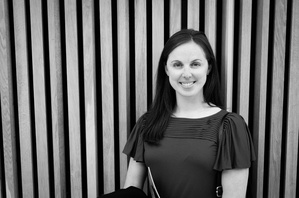 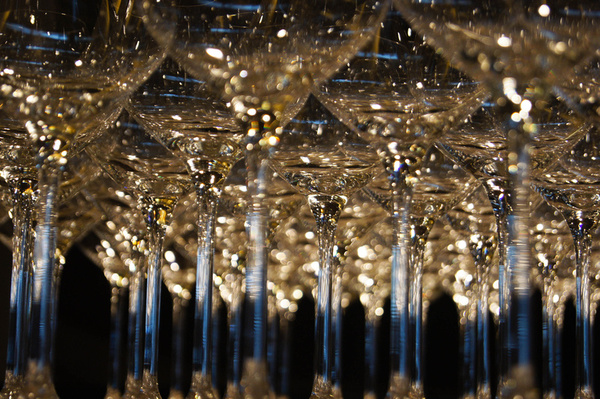 The lobby of the opera house is open to the public, which is in keeping with Norway's ideas of socialism. Access for all. We were delighted to find this mindset extended to the seating in the theater itself. Attendance at the matinee performance of Peter Grimes was sparse; the usher who directed us to our seats told us that, once the doors were closed, we should feel free to move to any open seat with a better view of the stage. Love it. 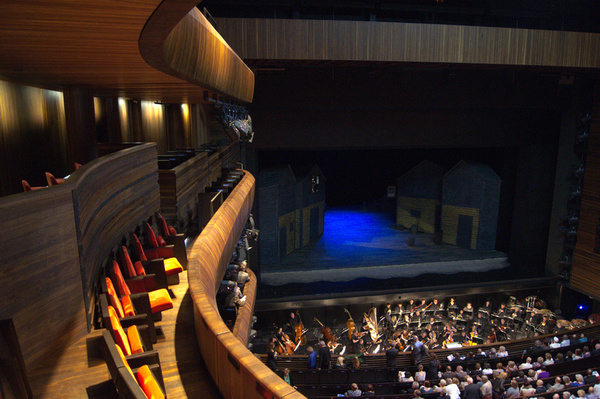 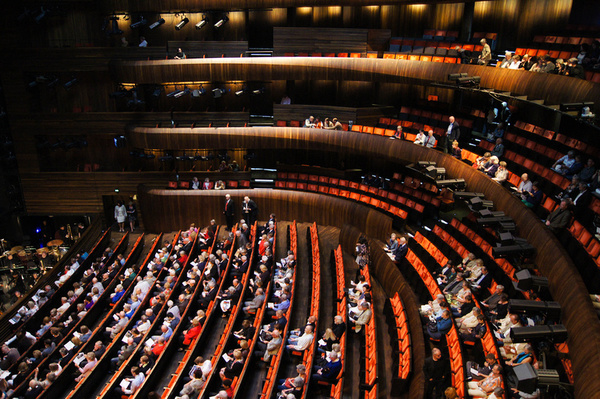 Jonathan's brother is an opera singer and set builder who has performed all over the United States. We've attended several of his shows, so we're used to having subtitles available on a large screen hanging above the stage. Let me tell you, having individualized screens at our seats was far more convenient.

When guests come to visit, we always take them by Operahuset. The view of the fjord from the roof is spectacular in the summertime. In the winter, it's spectacular in a different way. All white. And the frozen fjord is covered with snow, too, so sometimes you can walk out to the iceberg sculpture which floats on the water. But in case you have any big ideas about skiing down the slope of the roof, you should know that they close it off for the winter months. Sorry! 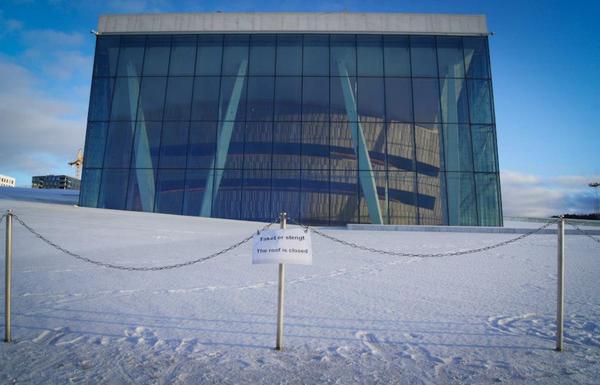 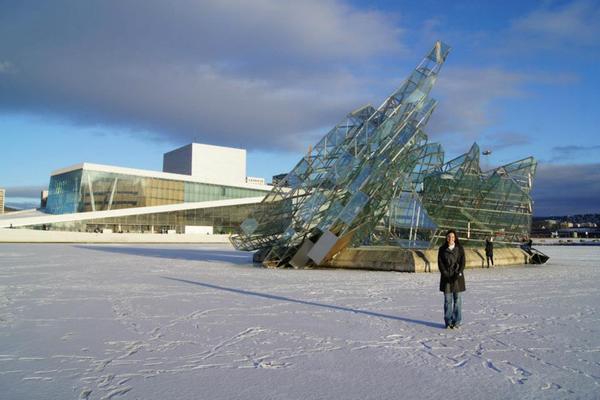 We took the English tour last spring, and it's well worth doing if you've got the time, but if you don't, there's still plenty to see on your own. Grab one of the gorgeous, glossy performance catalogs they publish twice a year (and distribute for free). And one last note for the tourists: Operahuset is home to the nicest public restrooms in the city. Fancy and clean. When you've gotta go, you've gotta go... might as well go someplace nice. You're welcome!