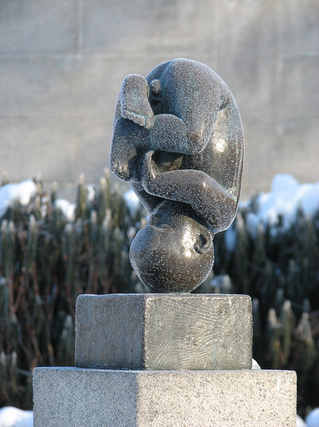 It took me ten minutes to jog from the Russian Embassy in Oslo down Drammensveien to the nearest Joker market and withdraw the cash. I'd expected the cost of two Russian Tourist Visas to run about 630 NOK ($110), based on what I'd read several times on the consulate website . Standing before the cashier at the embassy, my heart had stopped when she did the math and said the total: 1980 NOK ($345).

"I don't have that much with me," I'd said. My cheeks began to flame.

She shook her head and held the calculator up for me to see. As though I didn't trust her math. Which I didn't. After making sure that they weren't charging me for express processing, and that it was merely my non-EU citizenship that cost so much, I asked:

"Do you accept card?"

It was clear she didn't understand me. I repeated myself in broken Norwegian. She responded by reaching up to tap her long, purple fingernail on the window of bullet-proof glass between us, just behind a sign which read, in three languages: We do not accept bank cards. Cash only. Exact change.

Well , I thought, this is it. I knew something was going to go horribly wrong, and it's happening .

All morning I'd dreaded this appointment. Something about walking into the Russian Embassy just seemed wrong, shady, or dangerous. I blame Hollywood. The Russians have been our go-to on-screen villains for ages. Our nuclear opponents. Hard-liners with their fingers on too many big red buttons. I know this isn't true today. I grew up in the years after President Reagan said, "Tear down this wall!"

Yet, there are shades of darkness that remain in the real world. One need only look at Russia's recent crackdown on the civil rights of gays and lesbians , or their censure of freedom of speech and expression in the Pussy Riot incident , or their ban on American adoptions of Russian children . These are things I don't agree with, and they're only the ones existing above the surface. What will I find when I venture behind the metaphorical culture wall that remains?

Standing on Russian soil at the embassy, I felt vulnerable. To what? Human trafficking? Communism? The rampant road rage that makes dashboard cameras so popular among Russian drivers? I shook off the dread. There had to be a solution to this problem.

I showed the embassy cashier the bills I had with me, less than half the amount needed, and shrugged.

She leaned down to speak into the microphone on her side of the glass. A speaker about the size of a Kleenex box was mounted on the wall at face-height and made her instructions sound like she was rattling back a take-out order at the In-n-Out drive thru.

"You go out," she said, her Russian accent tugging at the corners of every word. "Out, along street. Get money from minibank."

"I can come back here?" I asked, beginning to gather my things. I'd waited in line for over an hour already and didn't want to take another number.

"Yes. You go out, come back here." Then she raised her wrist to show me the face of her watch and tapped it vigorously. There wasn't much time left. The office would close at 12:30.

I waited for her to slide my paperwork and passports back to me.

I shook my head the way you do when you get out of the pool to clear your ear canals of water.

She said something to the woman sitting beside her, shrugged, and handed everything to me.

Returning to the embassy with a wallet full of cash, I felt better knowing my way around. In the early morning, I'd approached the building with a tentative heart, having triple-checked the address and having memorized the gate on Google street-view. But of course it hadn't been that easy. A sign on the gate, in Russian and Norwegian, directed visitors around to a side entrance on Leiv Eirikssons gate. As I entered the building the first time, I was met with the sound of crying children, as well as the low murmur and damp, muffled smell of at least two dozen people, all crammed into a large single room with a partition running down the middle. Think Russian DMV.

Ultimately, my need for a personal tourist visa led me to the better side of the partition (fewer people, shorter line, more chairs). I had passed the time listening to a back episode of This American Life titled Taken Hostage . Oh, irony. When my number came up, I'd stood at the window while the man behind the glass leafed through my packets of paperwork, one for Jonathan and one for me, each including:

It was the two blue U.S. passports that made me paranoid. The minute I handed them under the glass partition, I felt helpless. The man shuffled everything around, pasted the photos to the proper application pages, and flipped through the passports to eye the stamps. When he rose, carrying Jonathan's passport, and walked out of my line of sight, my heart began to beat faster. Of course he came back with it, but still.

Living in another country is a strange endeavor, and this is probably especially true the first time. After twenty-eight years of living without carrying or caring about my passport (except on vacation), I suddenly depend upon knowing exactly where it is all the time. As a non-EU citizen, I can't leave the country by plane without it. Were it ever lost or confiscated, I certainly wouldn't be able to get back to the U.S. easily. Were there a fire in our apartment tomorrow, I'd probably go for the passports before I tried to save the cats. That's how important they are to our livelihood over here.

That's why I'd been unwilling to leave them at another country's embassy for even fifteen minutes.

There was no line at the cashier's window when I got back. I hurried up, slid the packet under the partition and waited for her to request the money. I counted exact change into the box and watched her count it a second time on the other side. She gave me a thumbs up. I sighed.

She stamped my receipt with a flourish and passed it to me.

"You come back on eleventh."

I smiled and nodded, eager to be done. She smiled back. When neither of us moved, I felt the dread creeping back up my spine. The woman squinted her eyes at me and drummed her fingers on my packet of papers, still before her on the desk.

"I need my passports back."

Hadn't we been here before?

"I can't leave my passports here. I'm leaving the country on Wednesday."

We'd exhausted her English. I wished I knew Russian. Or Norwegian. Or something. She raised my packet and waved it at me, as though fanning a flame.

"Window One," she said, and walked away.

Trying to stay calm, I walked back to the window where I'd begun that day. It took me a moment to realize they'd drawn a curtain over it. Turning, I saw that the room had cleared. A man in a suit was ushering the last of the crowd out the front door. I was alone. There was no sign of the cashier. The metal door clanged shut.

I stood in the middle of the room, eyeing the small black bulbs hanging from the corners of the ceiling. Cameras. Was I being watched?

The curtain pulled back to reveal a young woman. She was easily six feet tall without heels on, but that hadn't stopped her from wearing them. At this point I should say that the majority of the women working at the embassy were absolute knockouts. This one looked like she'd been specially crafted by God to weaken the knees, hearts, and resolves of men. Thankfully, this wouldn't affect me. Fire engine red lipstick, honey? I invented that.

"The trouble?" she asked.

"I want my passports back."

"We keep your passports to process visa. It is how we do it."

Everything lay in her hands. Literally. Our little blue passports, containing our Norwegian residence permits, our only way to enter or exit the country, rested between her palms. She could have risen, dropped the curtain, and left me there. Powerless. Stranded.

I don't mind confrontation. Where others might shy away from exchanging heated words or angry postures with people, whether friends or strangers, I tend to rise to such occasions. But the trick is purely psychological. My greatest fear (after sharks) is that other people will see that I'm afraid.

As the Russian babe fingered my passport and furrowed her brow, I pulled from that fearful/fearless place inside me.

"I don't care if that's how you do it. I'm going to the U.S. on Wednesday. I need my passport. Nobody told me I'd have to leave it here. I will not do it."

It probably only took a moment, but as my pulse pounded in my ears, I pictured myself being ushered out the front door, passportless, having secured nothing but a definitive denial of our visas, and a nonrefundable fee three times what I was expecting to pay in the first place. Not to mention our nonrefundable plane tickets and nonrefundable hotel reservations (both required before I could apply for the visas).

"Maybe we could take a photo--er--sorry--take a copy of your passport."

"That's fine. You keep the copy and return my passport to me."

"Yes yes. But this situation is not--er--not...," her mouth curled around a world which refused to form. "Ideal."

"No. We cannot guarantee your visa with only a photo--er--sorry--a copy."

Nodding, she picked up my passport and began to walk away.

Hesitantly, she leaned back and retrieved Jonathan's passport, too, then exited the room to make copies. I was alone again.

So you can imagine how high I jumped with a deep, Russian voice asked gruffly, "What are you still doing here?"

The man in the suit had approached from behind the partition. Now, I imagine him with one of those clear, coiled security earpieces you see in the movies, but I'm almost sure he wasn't wearing one. He appeared to be braced for my response, like a bouncer called over to cut off a drunk at closing time.

"I'm waiting for my passports."

"Visa hours are closed. You must leave."

He was only my height, but broad in the chest and thick in the thighs. You'll laugh when I tell you that the thought actually crossed my mind, I'm going to have to fight this guy. But it did. Perhaps because I live in a foreign country, which means I feel vulnerable to things that would never cross my mind in the U.S.

Turning to face him, hands free, I said, "I'm not going anywhere without my passports."

And you know what? I got them back. Both of them. And walked out of the embassy of my own volition.

Two blocks away, the adrenaline caught up with me. I had to remove every extra layer of clothing to avoid overheating. My legs and arms were numb. I'm not sure what the moral of this story is, even now. None of the conversations I had were sinister. They have protocols, and I wasn't following them. But apparently I didn't have to. I suppose they could still deny me, but I'll know one week from today.

A friend of mine just posted on my Facebook wall about her experience: "I had to haggle with the Russian embassy in Berlin in order to get my visa taken care of according to my schedule, not theirs. It worked! And I did it all in German, it was a strange encounter, but I walked out pretty proud of myself. I wouldn't take no for an answer."

I guess that sums it up. I'm glad I stood my ground.