Not even mid-winter here in Norway, but we've already got guests lined up for summer. When Jonathan and I moved over in April of 2011, we weren't sure anyone would come see us in Oslo. After all, that's a long way to go, for Californians especially. It's expensive. And Norway, surprisingly enough, isn't high on the priority lists of most travelers. But last summer, we mananged to lure a couple of couples up into the Nordics. What a blast! We visited museums, ate delicious pastries, took lots of pictures, and generally goofed around. Memories! Best of all, we got to play a lot of Kubb , a tradition I hope to extend through Summer 2013 as more friends venture north to hang with us. 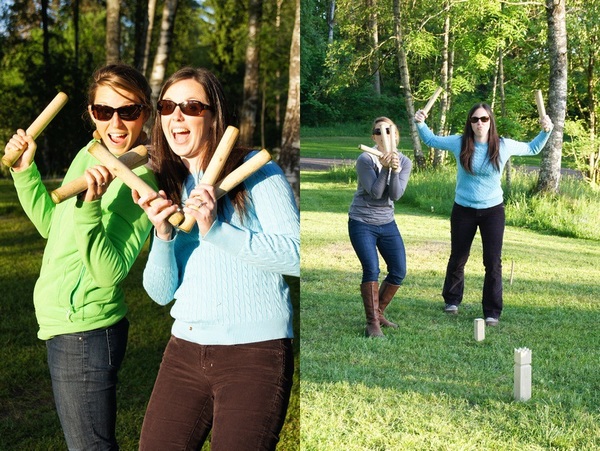 Our first summer in Oslo, we noticed groups of people engaged in some kind of stick-throwing game. On the palace grounds. At Frognerparken. On the banks of the fjord or beside small lakes in the Oslomarka. Throwing sticks at sticks. And while some might roll their eyes at such a juvenile-looking pasttime, Jonathan and I were gripped by curiosity.

The game turned out to be Kubb, a Swedish lawn game where the object is to knock over wooden blocks (kubbs) by throwing wooden sticks (klubbs) at them.

Per Wikipedia, "Kubb can be simply described as a combination of bowling and horseshoes. Today's version originated on the island of Gotland, Sweden... The ultimate object of the game is to knock the 'king' over, before the opponent does. This, combined with the fact that there is a certain level of strategy that can be used by players, has led some players and kubb fans to nickname the game 'Viking chess.' However, unlike chess, if a player or team knocks over the king before achieving their objectives, that player/team immediately loses the game."

We found a set on sale at XXL , a sporting goods store in Majorstuen, and determined that we would do what it took to become awesome at Kubb. There are lots of resources to teach you how to play Kubb, like this How to Play Kubb video that features Hagar the Horrible. But allow me to give you a few of Kubb's unwritten rules: 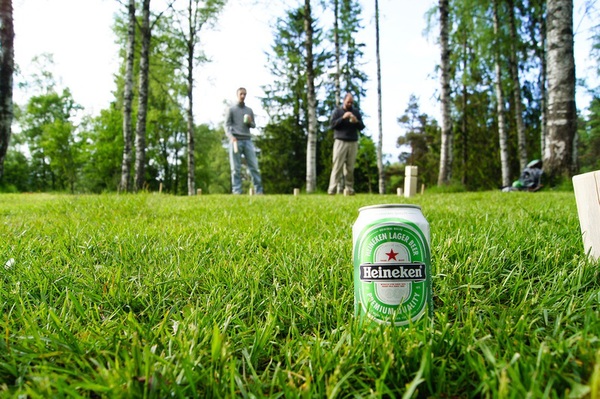 Rule #1 : Always drink beer. Norwegian beer, though even the cheap stuff isn't cheap, (nor is it anything to write home about), is preferable for the sake of historical continuity. But German beer is alright. Belgian, sure. Danish beer is probably the best possible substitute. 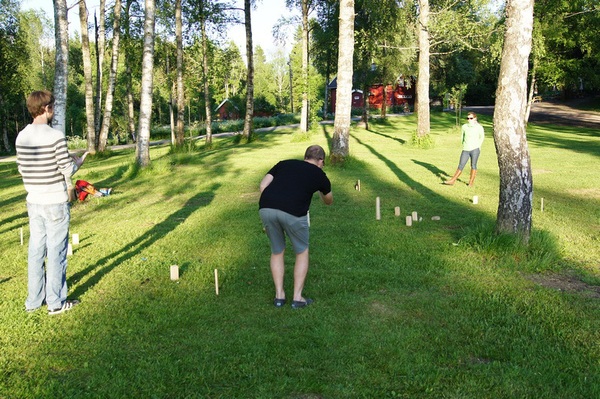 Rule #2: Never play with people who have some kind of weird, natural accuracy. Kubb takes time to master. Playing with people who make it look easy will damage your ego. Unless you're an easy-going person, someone for whom life is more about the journey than the destination. In which case, it's fine to play with a guy who has a weird, natural accuracy, but then, NEVER pit that guy against his surprisingly-competitive wife. It won't end well. 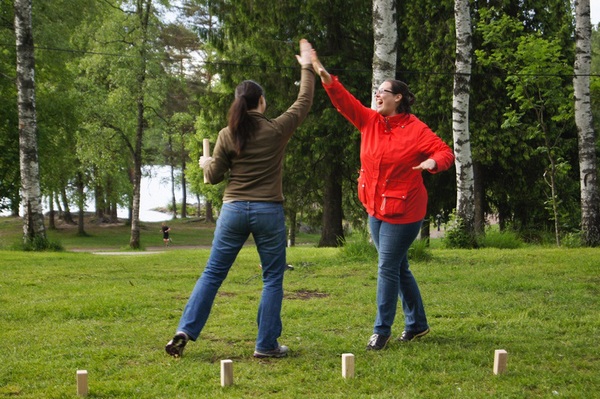 Rule #3 : Celebrate every good play. Even if it's only moderately good. Jump around and scream and slap high-fives. Trash talk. Insult your opponent's Kubb skills, life skills, whatever. (Not mothers. Mothers are off limits.) And if you're a truly excellent Kubb-er (like Shana Lear or me), allow the momentum of your winning moments to carry you through several hours of game play, all the way to an 11:00pm sunset on the shore of Sognsvann.

Rule #4 : Give in to the little distractions. Pølser cooking up on the engangsgrill . Dogs off their leashes and running through your court. Even the klubbs themselves. Feel like juggling? Do it. After all, it's only a game. (Unless you're playing with super competitive people who freak out when you do this. Then, for your own safety and sanity, I suggest you keep your nose to the Kubb grindstone.) But for the most part, a sweet, 20+ hour summer day, a six-pack of beer, and the company of good friends is supposed to be enjoyed slowly and distractedly. 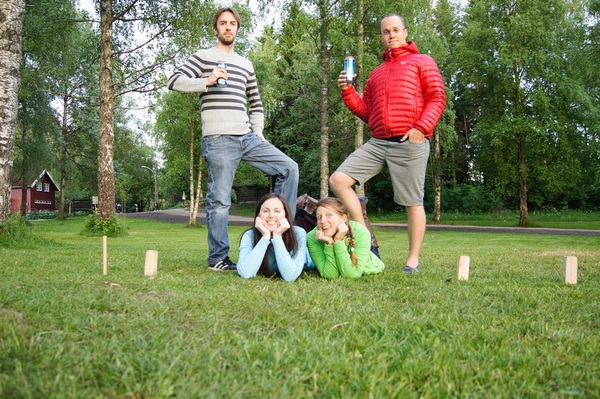 And Rule #5 : Don't forget to preserve the memories of a Kubb win for posterity in the form of an end-of-game photo. Traditionally, this means the winners standing up dominantly (think Captain Morgan) over the losers who, in this case, have opted to lie on the ground, smiling so adorably at the camera that, let's face it, they appear far more likeable than the winners. Can't help it. Too cute.

So, that's about it. I wish you many languid, sunny hours playing Kubb in the grass.