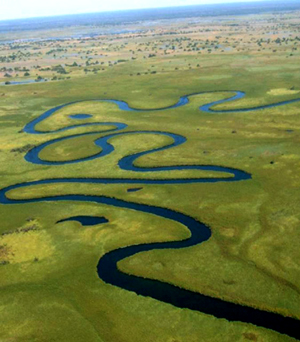 I have a dear friend with deep convictions. When she curls up at the other end of my couch and wages theological battle against me, no matter how minor our topic might actually be, it makes me happy. Talking with her like this, my twenty-one-year-old friend who is the essence of earnestness, gives me the oddly unsettling feeling that I'm actually sitting across from a version of my past self.

Her volume, her animated hand gestures, her ferocious drive for truth, all of these things are familiar to me. Even when she is at her most combative, even when her voice reaches a decibel which is hard to hear, even when she uses expressions and phrases which could alienate her audience, I am rapt. You see, I know that her opinions are still evolving, something she alludes to though I don't think she grasps how hard evolution can be on one so vehement. I have barely acknowledged that truth myself, but I'm learning.

We aren't identical in all respects, though. Not by a long shot. Our biggest disagreement is rooted in the idea of Predestination. Over time, I've come to align myself with this idea... that all which will be and all which has been is and was destined to be so, conceived and laid out and known by God. My beloved friend "chooses" not to believe this way, and she defends her choice adeptly.

Good news... sometimes our debates sometimes move from voice to paper. (Her points are in bold. My responses to each point follow.)

Why do we insist that God remain unchanging?

The very reason I have struggled with the Old Testament and its relevance is that it appears God "changed" multiple times. First Eden. Then Noah's flood. The appointment and removal of a series of kings. The grandest change of all was, of course, the new covenant of Jesus' blood. In this basic reading of the facts of Biblical history, it's not negotiable that God appears to change course frequently. That's when it's most important to remember that our definitions are not God's own. What I see as a 'change' is not/may not be that at all. None of us are privy to His overarching plan. We have His word, and that's all we have beyond our own, flawed intellects.

Being fortunate enough to exist after the sacrifice of Jesus, I have the luxury of surveying history in this broad sense and drawing conclusions based on Biblical principle. My conclusion is this: God WAS, IS, WILL BE. Never was the state of the world outside of his control. Never is the condition of humanity a surprise to him. In His perfection, change is unnecessary.

God is omnipotent. If He wants to change, He can change. But our God is also Perfect, All Sufficient, Omnipresent, Omniscient, Alpha and Omega, Everything. It is not that I believe He cannot; it is not that I insist He must not. There is simply no reason for Him to change. And I'm not even talking about of mere human interpretation of reason. I'm talking about infinite, supernatural reasoning. Perfect is perfect, however you slice it. God does not change because there is nothing for Him to change to that isn't in contradiction to Himself.

Multiple times God is called Love. That is what defines him. He is Love. The only thing that remains unchanging is His Love. That never fails. Why is it that we can look at God and say that He is both merciful and just, yet he can't be changing and unchanging?

God may be Love, but I'd say it's very trendy to believe that is all He is. With the resurrection of Jesus, the New Covenant was defined by Love and a Commission. But God was around long before that covenant. In my book, God isn't defined by love. He isn't defined by anything. He provides the definitions, either by embodying the action or by being the exact black/white opposite of the action.

In this way, God can be both merciful and vengeful. (Justice, I'd like to point out, is not the opposite of Mercy.) The Old Testament includes many a gruesome scene of God's vengeance. He has embodied wrath and bias as well as gentleness and kindness.

So, before you go out on a limb and say, "God's Love never fails," beware the word Fail. I'll grant you that our perfect God never fails in his intentions. If He did or could, He'd be less than what we believe. He would be prone to sin, prone to humanity. But God is not prone to anything or anyone.

Our human definition of Failure doesn't touch Him. If it did, the world before Noah would be considered a failed project. Eden would be considered a catastrophe. No, God does not fail. And as for His love... where was it for Pharaoh? Where was it for Job's wives and children? His love was present and active even in those circumstances, though I cannot understand it and bristle at the idea. God's love did not fail and does not fail, but its success, its victory is not ours to define.

There are times in scripture where, as it reads, man has had a direct impact on God's actions. Why? Because we are to take part in the trinity. Where would God the Father be without God the Son? God the Holy Spirit? Do they not all take part in the decision making process?

Our interpretations of the some of the stories in scripture must be very different. While Noah and his wife and children were spared in the flood because of Noah's righteousness, it was still God who chose to do the sparing. While the people of Nineveh was spared after repenting of their sinful lifestyle and petitioning for mercy in the face of the threat of destruction, it was still God who chose to do the sparing, and I don't think He was shocked when He changed His own plans. "What did I JUST do?" No, He knew precisely what He was up to, and opted not to provide Jonah with the whole plan because, again, we are on a 'need to know' basis with God.

God has a deep desire for our relationship, but not for His sake. He doesn't need us. The Trinity is complete without our input. Whether the Trinity interacts with itself has no relevance to our pull with God, to our necessity in the puzzle. It is for our sake, our individual well being and fulfillment, that He calls us to pray and trust and put faith in Him. As much as we'd like to think so, God is no less for the people who fail to put their trust in Him. He wants us all because He is a jealous God, but He knows who He will and will not have in the end, and He does not count Himself a failure for the fact that there is a Hell and there are people in it.

God's desire seems to be for us to be a part of this relationship and it doesn't seem like much of a relationship to me if one is making all the decisions and the other is simply acting them out. That looks more like a puppet and his master. Would we consider a husband loving if he made every decision without consulting his wife? If he demanded her love and her service and did not give her opportunity to offer it?

The Marriage Metaphor is, in my opinion, almost as obnoxious as the War Metaphor when it comes to human purpose on earth and human interaction with God. There is some truth in it, but as is always the case with metaphors, they can and usually are taken too far by someone.

No, we would not consider a husband loving if he made every decision without consulting his wife. If he demanded her love and her service and did not give her the opportunity to offer it, we would be outraged. But the husband and wife metaphor is given to us, again, for our sake. It reminds us to be gracious and humble and always to act in the service of our spouse. It provides us with an image of Christ as a protector, as one who desires his church much as a man desires his wife.

However, the metaphor is not meant to extend to God as a rubric for His interaction with us. God need not consult us when He makes decisions because He knows what is right, and will in fact always operate on the side of what is right (insofar as we define Right, that is, and sometimes God's definition of Right doesn't jive with ours, but that doesn't make this any less true).

God designed a man to need his wife, and He designed a woman to need her husband. But God does not need anything because He does not lack anything. His desire for us and pursuit of us is not human and cannot be explained to us using our limited mortal vocabulary.

This is why I contend that the best metaphor for personal interaction with God and with the Trinity is the Parent Child Metaphor. God is the ultimate Parent, having qualities of both Mother and Father, and that unconditional love which exists in normal parent/child relationships. He expects us to honor Him as we would honor our parents. He expects us to comply with his rules of behavior and accomplishment. He will reward us when we do rightly and will punish us when we do wrongly. Being the ultimate Parent, He knows what's best for us even when we believe it's something else. And He definitely doesn't feel compelled to check with us for our opinions when He makes decisions about our futures.

You'll see flawed logic and weak arguments and redundancy and ignorace laced throughout both sides of this debate, of course, because we're no theologians. We are women striving to understand and to be understood, and in the safe, healthy confines of a close friendship, this testing of ourselves is accomplishing much. It's only good.

Our friendship thrives on three things: a mutual God foundation, a similarity of wit, and sarcasm. It's a little like that wonderful song at the end of the musical Wicked...