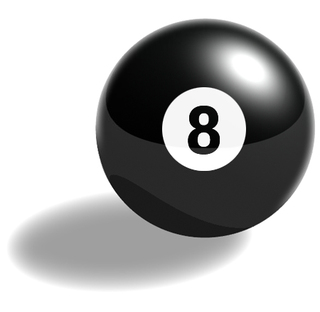 Last Sunday, my friends, my husband, and I attended our home church. We arrived in time for the lesson being taught in our Sunday School class about Old Testament prophesy. Questions arose, but went unanswered. Problems were acknowledged, but went unresolved. Then, out of nowhere, the topic of gay marriage was introduced to the room of college-age students. This could have been an uncomfortable moment for some folks anyway, but the instructor then proceeded to call for a vote... "This is a safe place to give your opinion. How many of you do not consider homosexuality to be a sin?"

I found the teacher's lack of foresight in initiating that conversation to be appalling. You don't just jump into a debate on gay marriage in a room where the average age is 19, and all are assumed to be Christians, without some preparation. And you definitely don't put people on the spot the way the teacher did to my friend, Eric and, in a secondary capacity, to my husband, Jonathan. Jon was outraged by the whole thing and raised his hand to support Eric on that issue. Whether Jon has his own doubts about the sinfulness of homosexuality is beside the point; he would have raised his hand at that moment in support of our friend, one who had just been publically isolated, regardless. I was proud of both of them for sticking their necks out.

From there, the best case scenario would have been to launch an even-handed debate on the topic, complete with prepared remarks from Eric and Jonathan and their opponents, and rounded out by the instructor's Biblical insights on the topic. Unfortunately, no one was prepared for that scenario, and so the matter was tossed haphazard into the Sunday School ring to be kicked around by the students. Those who were brave enough to state their opinions did so half-heartedly. Nothing was resolved. What's worse, the instructor continuously referred to homosexual persons as "them," including the air quotes. He may have been kidding, but that doesn't matter. More than 20 young people left the room after that lesson confused and irritated.

So, I'd like to take this chance to postulate on the sensitive issue of gay marriage. If I'd had any clue that the Sunday School instructor was planning to light this match last weekend, I would have come with all of this prepared.

Two weeks from today, Americans will participate in democratic vote which will elect a new President of the United States. On a state-by-state basis, however, several major matters are up for a vote, as well. Proposition 8 on the California ballot is one of those State issues. If Proposition 8 passes, an amendment will be made to our state constitution stating "only marriage between a man and a woman is valid or recognized in California." This will effectively eliminate the right of same-sex couples to marry in the state of California.

I will be voting NO on Prop 8.

But no, a thousand times no, I do not believe that the State of California has any business dictating what a definition of marriage should be based on religious reasoning, especially considering that the people who are disenfranchised by such a definition are law-abiding tax payers.

Hard core Christians have a tough time distinguishing between the duties of the church and the duties of the state, but in this country, those two entities are meant to be separate. Our founding fathers, whose words and writings Christians point to in order to illustrate evidence of the Christ-centered bedrock of our country, designed our government with the flaws of fallen empires in mind. In fact, every empire or regime in history which has tumbled from greatness first allowed religion and government to be mingled or, in some cases, to be inseparable. And so, our founding documents make it very clear that Church and State are to be operated separately rather than in tandem, and that each should be considered sovereign.

The rabid packs of Christians who hop up and down holding giant signs that scream, "God made Adam and Eve, not Adam and STEVE!" are beneath contempt. After all, God doesn't call any one of us to condemn whole groups of people for their actions in an attempt to shame them into changing their collective mind. Rather, as mortals on earth, we are given only the capacity to consider our family members, friends and peers on an individual level, then treat each of them as we would want to be treated ourselves. It's a simple canon to follow, almost childlike in its composition, but I think that's because God knew we'd misconstrue whatever He said, regardless of complexity.

Who among us can say definitively that God's definition of Marriage is exclusively what it says in the New Testament of our Bible? Let's not forget that God Himself has changed the rules of marriage many, many, many times. Don't you remember? Let's take a walk down Memory Lane:

In the very beginning, He designed one man and one woman and placed them in a garden, lord and lady over flora and fauna.

Then, after the fall of man, it appears that the strict one man/one woman definition of marriage disintegrated. Men were still encouraged to marry, but also encouraged to take concubines. Here it is important to note that these women never married, were in fact kept from marriage in order to please one man in a sexual capacity.

Also, a woman about to marry had to be a confirmed virgin in order for the marriage to be considered lawful. If not, once again, death was an option. This rule was not reciprocal.

All that changed again (and for what most Christians believe to be the FINAL time) with the advent of Christ and his bridging of the God Gap between mortals and Heaven. Suddenly marriage received a new definition. One man, one woman, symbiotic in every way, a relationship of respect and submission and protection and loyalty, a relationship which was meant to simulate the relationship between Christ and the church. Adultery, sodomy, incest... all of these were out of order. The days of harems and "take the witch out and burn her" were gone, much to the chagrin of generations of men who were unfortunate enough to born post-God-sanctioned-hedonism.

There are those Christians who would say that God is unchanging, but I couldn't disagree more. Biblically, all men were not created equal. The ownership of slaves was never specifically condemned, not even in the New Testament. Yet no self-respecting Christian in modern America would hint that we should return to a class system that allows slavery. No, God allowed our society and our humanity to evolve in a way that supported the equality of every human on the planet.

I believe that God designed Man and Woman, Adam and Eve, us. But we should not forget that He then allowed, in fact sanctioned, the relegation of women as a second class for millenia. What would a strictly Biblical God have to say about women working outside the home? Would He approve of women taking birth control, thus securing their reproductive rights? Would He approve of women holding positions of authority over men in the workplace? In the church? On the battlefields of war?

You know... I believe he would approve. Now. And that's an important change. In effect, I believe that the Bible, like our United States Constitution, was meant to be a living, breathing, sweating text. It is supposed to maintain its currency via prophesy and the promises of the Lord our God.

Our Constitution was designed to evolve with our rapidly advancing society, in terms both social and technological. Slavery is out. Women can vote. These were changes not in line with Biblical teaching, but rather in line with a sociopolitical climate which was taking a turn for the better, the informed. Who is to say that a state definition of marriage being changed to allow men to marry men isn't exactly what should be next on the agenda?

Christian churches have every right to interpret the Bible in their own ways. Already, issues as mundane as alcohol consumption and the propriety of dancing push churches to divide along denominational lines. If a Christian church determines that sodomy has always been detestable to God and is, therefore, not to be tolerated today, then that church should not admit gay men to marry in its sanctuary. (Is there a verse in the Bible specifically prohibiting a sexual relationship between two women? That's not sodomy...) And a church's decision should be considered sacrosanct by the state and, therefore, protected from government scrutiny.

But the state definition of marriage takes into account the legalities of birth rights, death rights, medical decisions, power of attorney, property ownership, etc. None of these things are meant to be dictated by a church. A pastor or priest has no jurisdiction in an Emergency Room. The state does. That's why I believe the passing of a ballot measure to modify our state constitution to prohibit two devoted individuals to marry, whether gay or straight, is a misappropriation of power, especially when the basis for such decision is a religious one.

When Jonathan and I married, we married in the sight of God and we took our vows as Christian individuals very seriously. That day at the alter, I didn't care if the State of California recognized our marriage as "legal". My husband and I were unified as one in the presence of the Lord. The words spoken to us and by us were merely words. It was the intent of our hearts which joined us. The rituals were done for rituals' sake, not our own. Only by signing our marriage license and filing with the State of California, we were recognized as husband and wife and were then deemed eligible for the benefits of such a union.

Once again, it's a State issue. Tax paying citizens should not be denied the right to any State sponsored benefits. I don't care if those citizens are heterosexual, homosexual, bisexual... as long as they are law abiding, tax paying people, they should have the same right to the State's seal of marriage as I do. Period.

Finally, I would like any person out there who calls himself a Christian and opposes the marriage of homosexual persons by the State to remember two things:

1) Christians do not protest en masse the allowance of marriage to any other group of sinners. Liars, thieves, cheaters, murderers, rapists, pedophiles... go ahead and marry your heads off! It makes no difference to us Christians. Hypocritical? Oh yes.

2) The argument that allowing gay persons to marry one another will destroy the sanctity of marriage and the family unit is feeble at best, especially as the divorce rate between Christians is precisely as high as the overall divorce rate in this country. We've already allowed marriage to disintegrate into nothingness. I think it will be interesting to see whether homosexual marriages fair any better. (On this same note, people used to make the same argument about interracial marriage. Nice, eh?)

On Election Tuesday, I will be casting my vote against Proposition 8 as a citizen of California. Only if and when my church decides to begin marrying homosexual couples, will I cross that separate bridge as a Christian. My priorities are straight; my relationship with God is intact. Before you go around judging anyone else, do as Christ compels you and judge yourself first. If you find that you're without sin... go ahead and cast that Yes vote.