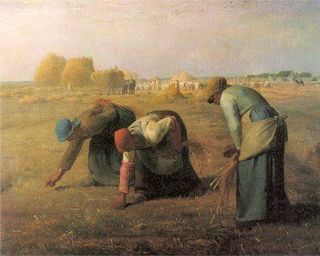 Tonight, my grandmother is sleeping in a hospital bed in a retirement complex where she has lived for many years. She barely knows the names and faces of her children. Her memories have been scrambled so that she cannot tell yesterday from her wedding day. And every once in a while she comes up with stories of imagined love affairs and visits from relatives and friends who have long since passed on.

My Grandma Dot is one of the most interesting and intelligent women I will ever know. Tragically, all of her knowledge, that glittering vocabulary and sharp wit, are wrapped up inside a mind which only intermittently opens to the outside world.

What if she has more to say?

I wonder where her stories are, now that the outlet is lost. Or perhaps the outlet is there, but her stories are affected by her juxtaposition with reality, brought on by disease, and cannot be told. But I know she has stories, thousands of them. When we played cards or when I painted her toenails, she was always talking. I knew about her jewelry and her trips to Europe and her childhood friends. She shared about the way she met and married my grandfather, a man I never had the chance to meet. She talked about college and Catholicism and Sir Arthur Conan Doyle. Often I wondered how any one person could possibly earn the right to be so singularly fascinating.

But what mattered most to me were the times she let her memories of her loved ones trickle down to me.

I remember her sharing with me about a time during the Depression when she asked her parents for a nickel so that she could attend a movie with her friends. Sadly, my great-grandfather had no nickel for his only daughter, and Grandma had to miss that movie. But the point of her story was really regarding the growth of her personal awareness when it came to her parents. The fact that he didn't have a spare nickel for his child to enjoy something superficial and nice, broke her father's heart. He was not an overtly emotional man, but Grandma remembers seeing him look stricken at what he considered to be his own shortcoming.

This was her way of passing along tidbits about her own father, a man I only remember as being grey and old in a hospital, the man with tubes in his nose, the giver of lemon drops. I have a black and white photo of Great Grandpa Bercher in overalls. He appears stalwart, thick-skinned and sensible. He appears to have a sparkle in his eye.

Occasionally Grandma also took the time to tell me about her little brother. She'd helped to raise him, as he was many years younger than she. My Great Uncle Jim died in a train-related accident when he was in his twenties. Grandma's love for him was always on the tip of her tongue, the top of her brain.

But then, so much knowledge and memory simmered at the top of Grandma's mind. Countless times, I've watched my grandmother annihilate my parents and my aunts and uncles at Scrabble and Trivial Pursuit. She was a walking Scrabble Dictionary, keeping treasured words up her sleeve, many beginning with X and/or containing zero vowels. She could type lightning-fast, take shorthand, and she could do the domestic work, too, crocheting and sewing doll clothes for me in her spare time. 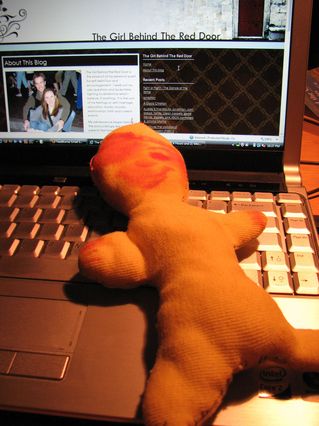 In a drawer in my dresser I have tucked away a plaything from my past. It was my first and only attempt at sewing a doll. Grandma was visiting for Thanksgiving and, along with holding me on her lap while we watched Pollyanna , she purchased some fabric and walked me through the steps of doll-making. We traced patterns, cut out the pieces, carefully sewed the edges, turned the doll inside-out, stuffed her and sewed up the top. (Yes, that is the original Big Head at left... avidly reading my blog. The face, scrawled on with an orange highlighter when I was twelve, has bled a bit. What can I say? Age is fearsome.)


Voila! Unfortunately, my fabric was oddly stretchy and the doll's head turned out to be exactly as large as the rest of her body. Also, and the reason has been lost on me now, the fabric was bright, egg-yolk yellow. Dad christened her "Big Head" and feigned pride over my kindergarten achievement.

Anyway, Big Head is hanging with my mismatched socks at the moment... but she's an ever-present reminder that I once sewed alongside my grandmother.

Famed poet John Keats once wrote about his own anxiety:

"When I have fears that I may cease to be/ Before my pen has gleaned my teeming brain..."

This is a fear I have had so many times, that I will perish before I can splash my mind's bounty on paper. Or, scarier still, that I will become complacent in the mundane pursuits of humanity and forget that an artist's heart once burned within me. But both of those fears are disgustingly selfish. Who am I to believe that I, in my lifetime, could possibly contribute to literature a tenth of what Keats did in his? His work is immortalized and he died at 26.

If I separate myself from my own vanity long enough to savor these memories of my grandmother, I realize that it is her teeming brain I should have attempted to glean. I should have pursued her wisdom and wit and life lessons, all of these worked up over more than 80 years of higher education, career, marriage, parenthood, grandparenthood, hobbies, and an inner library that I will never match, not even in my dreams.

Now a disease has thrown up a door between her vitality and personal truth and my desire to write it all down.

Like I said, age is fearsome. Each year has shaved a bit more tact from Grandma's personal presentation. By the time she hit 80, she failed to hedge around the issues at all. She shared too much information at times, and the inner censor stopped working. (Apparently Grandma's vocabulary also includes the dirty words...) Even memories of her parents and husband ceased to have any residual rose-tinting to them.

When I was getting married, she took my arm and offered, "Audrey, just remember what my dad told me when he was walking me down the aisle."

"Well," she answered, looking me gravely in the eye. "You can always change your mind."

Good to know. Thanks, Dottie.

More than a year ago, Grandma called and we spoke for the better part of an hour. We covered all topics, from food to Freud. Sometimes, mid-sentence, she'd forget everything. Once, she forgot to whom she was speaking. But then it flashed up again: Audrey, one of ten grandchildren, oldest child of her youngest son, Mark. All the facts clicked back into place and she computed the end of the previously interrupted sentence. Rather than pretending nothing had happened, though, she said, "I'm so sorry about that. I forget things. Things I know that I know." I told her that it was okay, and it was okay.

I took notes on that conversation, scribbled them on a college-ruled sheet of paper. Notes on life. Lecturer: Dorothy Bercher Pancoast, woman extraordinaire. Now I only wish I'd thought to attend a few more of those priceless classes.