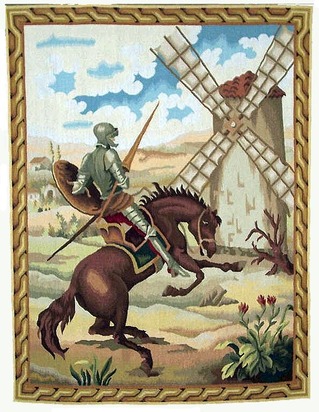 Human nature is puzzling. I am no psychologist, though I am intrigued by the plausibility of drawing connections between current behavior and past events. On occasion, I know that this habit of mine is nothing more than a defense mechanism. Someone I know and care about screws up, and I can't help but try to explain it. There must, must, must be a reason.

Today I stand as an energetic, positive, responsible young adult. I pull my weight in my marriage, my family and at work. But there was a time when I was less mature. More selfish. More prone to narrow-sighted rage or judgment. And, while my self-esteem has always been fairly high, there were those dark moments when I stared at my own reflection so long and so hard, I thought I could literally see my skin peeling back and exposing my true, gruesome, flawed self.

To be fair, I was thirteen. And one eye was bigger than another. So, my bouts with the mirror were understandable.

But how does an adult justify such immature behavior?

A couple of years ago I was wrestling with a question about my future. I wanted to know that I was making the right decision by sticking with my job, working for my mom's corporate insurance brokerage, rather than pursuing a teaching credential or a masters degree in creative writing. I stood, arms hanging heavy at my sides, surveying the painfully disjunct fork in my life's road.

What way should I go? Which was the road less travelled? Which was paved with good intentions? Where were the yellow bricks?

The worry made me sick. As has happened only a handful of times in my short life, I became physically sick, unable to eat or sleep, losing hair, breaking out in hives. Even breathing was difficult. A friend suggested that I speak to a doctor.

And I did speak to a doctor, a psychiatrist. I went to him twice. Both times I was resolved to state my symptoms and answer his questions, remaining the epitome of calm. Both times I failed miserably and found myself weeping as I struggled to articulate my most base feelings. It freaked me out.

He sat, stoic in the chair across from mine, and clasped his hands and listened. When I was finished, I asked, "What's wrong with me?"

Nothing. There wasn't a single thing wrong in my head or my body. I had merely convinced myself that my entire life's happiness, my legacy, everything permanent and infinite, hinged on this single decision. The Cure: All I had to do was let that belief, that wrong belief, slip away. Because, he pointed out, that no matter what my decision turned out to be, the world would keep spinning on its axis. And all the people who I believed were depending on me would go right on living, 24/7/52. Not a single second of precious, inevitable time would be ruined by this one call. Choice, he reminded me, is a matter of perspective.

While I can't say that I walked out of the doctor's office that night feeling 100% better, I can say that I slept in Jonathan's arms that night longer and deeper than I had in weeks. Thankfully, Jon didn't hear my recounting of the doctor's appointment and say, "That's what I've been telling you all along." (Though that would have been true.)

The giants I had been battling for all those months, with a word, became windmills.

So, I decided not to make that BIG decision. I am still an Account Manager at IOA Insurance Services in Pleasanton, California, but if there comes a time when I feel the absolute drive to apply to an MFA program, I'll do it. Right now, the worry is not worth the trouble, and I am finding new ways to challenge myself at work.

The best part, though, was discovering (or perhaps reestablishing) that I am master over the domain of my mind. No matter what past events, upbringing or traumas have contributed to my personal psychology, I can choose to ignore all of it for the sake of myself. I am who I am, but I am also who I am going to become. Growth continues in spite of my fears. So, I can forget pinning my flaws on my parents or my childhood phobias. My choices are all but irrelevant in the grand scheme anyway, as I am neither queen nor prophet nor god. When I get the finish line, as long as I can still smile, as long as I have experienced true love, faith, and charity, and as long as my husband's life was the better for me, I will have succeeded.

When I do come upon another fork in the road, will I know how to choose? I am better equipped, of course, but I'm still capable of making mistakes. For now I've decided to take heart in the old cliche: All roads lead to Rome. Rather than worrying when both paths appear to be paved with yellow bricks, I'll remind myself that the Scarecrow ended up pointing Dorothy in both directions at once. And he was probably right. No matter her choice, Oz and Home were ultimately at the end, and either road would have taken her there.