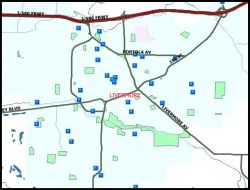 Fifty-eight registered sex offenders live in Livermore, California. But twenty-four of them are in violation of their registration requirements. We don't know exactly where they are, and neither do the police. Comforting? Not at all. Livermore, however, is better off than some other California communities. Pomona is home to 252 sex offenders. Today I learned that our state shelters some of these men in privately owned houses, paying the rent with our tax dollars. The private houses can contain any number of sex offenders based on the need. Oh, and these houses are smack dab in the middle of suburban communities, next door to law-abiding citizens with children. 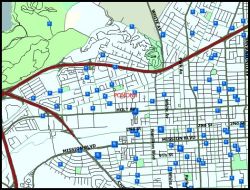 I use Pomona as an example because it is an extreme one, but necessary to know. In a certain five-mile radius within the city there are several private houses with six or more convicts contained in each. The state, for lack of a better alternative once the convicted child molesters and rapists have "paid their debt to our society", toss them into unsuspecting communities (especially less affluent communities) by the handful. And then they are housed together. Maybe they feel more comfortable with men who have shared interests?
In the meantime the people who have lived in these cities with their families for years, created memories, been productive members of society, these people are not warned about the influx of criminals living in close proximity. Thankfully we do have Megan's Law. At the click of a button anyone can have a list of the registered offenders living in their city. My question is this:

For me the knowing is not enough. These men (predominantly) have harmed people, most likely women and children, and have been convicted. Serving time in prison isn't enough either. Data shows that sexual predators consistently reoffend upon their release. They are habitual criminals. There is no method or necessity or other excuse for their crimes. And if I were to find that a sex offender lives somewhere in my neighborhood, I, a United States citizen who has never broken any law or been a danger to anyone else, am supposed to feel that the pressure is on me to move if I don't like that situation.

I am appalled that these predators are unleashed on us after minimal sentences in low-security prisons. Megan's Law, though, does give me hope. Some of us do believe that we have the right to know if we're in danger. Some of us also believe that sexual criminals have less rights than we do. Some of us want to make changes so that we no longer have to live in fear.

The bottom line? I don't want these men in my neighborhood or in any other neighborhood in our country. I want to make it miserable for them so that our situations are reversed into the correct state. In other words, I am justified in living wherever I choose and if the child molester down the street doesn't like the constant video surveilance, the GPS ankle bracelet, the curfew, the "I Hurt Children" tattoo on his forehead or the castration... he can leave.
I believe that ordinary people can push for this type of legislation (obviously nothing as drastic as what I have running through my mind, and if I ever run for office I'm sure this blog will come back to bite me) and make our cities safer. Now it may seem impossible. But every major political movement in history began against practically impossible odds and was championed by ordinary people. To learn more about California's take on sex crimes and convict registration, visit the Megan's Law website.