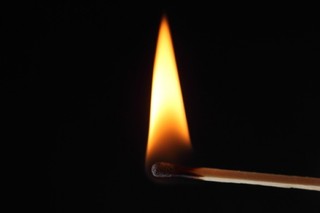 I felt my mind shudder. Like a disused door pulled unexpectedly over warped floorboards and open for the first time in many dusty years. Like a cold engine under the rusted hood of a car long parked in the drive. Like the thick, taut, chestnut skin over the hock of a horse bitten by the first nasty fly of summer. Like the empty shake of the faucet head after the pipes thaw and water surges forth again.

It happened in my 19th Century American Literature class at the University of Oslo.

Some might think 8:00 a.m. on a Wednesday is a bit early for Walt Whitman's famous ego-trip (or transcendental treatise) "Song of Myself". Not I. It's one of my favourite poems. Fourteen hundred-odd lines. Alliteration and assonance and anaphora abound. Catalogues of people and jobs and points of origin. Hot, sweating, teeming, odorous imagery. Free verse. God and god and you and I and democracy and sex and the procreant nature of our species and a lens on the world that zooms in and out and violently, reverently in again.

Being back in the program after a year of maternity leave has not all been easy. Leaving the Cheeks with her dad three days a week took some adjustment. And though I managed to step into the classroom setting in the same old way--taking a seat near the front, speaking soon and loudly and often--I felt rusty, to use a seriously predictable cliché. I still feel that way in Week 3.

But as we delved into Whitman's "Song", zeroing in on one of my favourite sections, the dust seemed to shake itself out of the crevices of my brain.

A child said What is the grass? fetching it to me with full hands;
How could I answer the child? I do not know what it is any more than he.

I guess it must be the flag of my disposition, out of hopeful green stuff woven.

Or I guess it is the handkerchief of the Lord,
A scented gift and remembrancer designedly dropt,
Bearing the owner's name someway in the corners, that we may see and remark, and say Whose?

Or I guess the grass is itself a child, the produced babe of the vegetation.

Or I guess it is a uniform hieroglyphic,
And it means, Sprouting alike in broad zones and narrow zones,
Growing among black folks as among white,
Kanuck, Tuckahoe, Congressman, Cuff, I give them the same, I receive them the same.

And now it seems to me the beautiful uncut hair of graves.

My teacher chose me to read these lines aloud. Lines I love dearly and have thought about a thousand times since I first read them as an undergrad more than a decade ago. Lines I'd forgotten, along with all other literary references and artistic trivia, due to my pregnancy and the birth of my daughter.

Reading again of grass and the many things it could be--for Whitman, for you, for me--I felt my mind shudder. Like the sulphurous snagging of the head of a match dragged fast across the rough panel of a matchbox. The rasp of it was delicious even in its unsparking first effort. I could smell the potential.

I offered my close reading of the text and enjoyed the viewpoints of my classmates. When the two-hour lecture ended, I sighed with pleasure and exertion and packed my bag in a hurry so as to return home for a couple of hours and see my husband and daughter. That's how fast my mind can regress into those lower gears. It's a relief. A retreat.

But suddenly a girl who sits near me in class was standing before me. Her eyes were wide and bright, her smile the same, as she asked, "Do you teach?"

I struggled to pull myself back into student mode. My mind shuddered. Like a stick shift pushing against a sluggish clutch.

"I have taught," I answered carefully. "But only writing."

She nodded. I recognised in her all the things I was in the years before I became a mother: enchanted by literature, smitten by learning, eager and interested and dying to be the one who has the answers if only to keep these conversations going with any kindred spirit wiling to join the fun. And then I heard myself say:

"Actually, that's why I'm here. I want to teach literature someday, and this degree will allow me to do that."

Would you believe, friend, that my time in the rabbit hole of early motherhood had made me forget that? I'm in school for a reason. There is a goal. A return to an original dream. To teach. To connect Whitman and his everyman, all-consuming love, pondering of the divine skin-to-skin with people who have never read him before.

That goal feels far away. Impossible, to be honest, particularly with my mind in this shuddering state.

"You would be a wonderful teacher," she said.

This time, beyond the shudder, there came a spark.