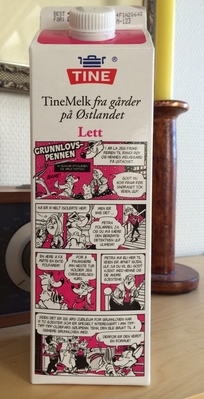 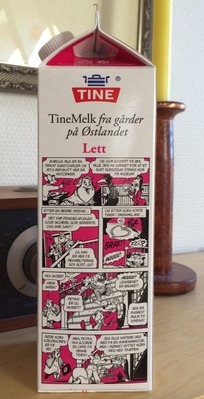 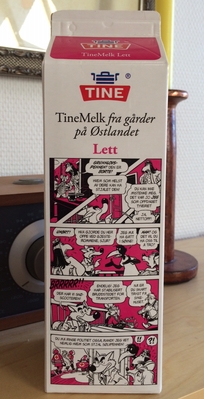 We Christians celebrate Easter as the day Jesus Christ raised himself from the dead, tossed off his shroud, rolled back his own tombstone and walked out into the world after three days of, well, death.

He spent the next forty days catching up with his followers, inviting them to touch his still-apparent wounds, and promising eternal life. Promises which came with a little more oomph now because he'd bounced back impressively from that brutal crucifixion.

To atheists, this celebration is ignorant and wrong. To Jews and Muslims, it's not wrong, just misplaced. And to agnostics... well, any excuse for a big lunch and bargain bags of Jelly Beans, am I right?

Which brings us to the other Easter. The one we do for the kids in America. Comedian Jim Gaffigan sums this up in 30 seconds . Obvious choices for a holiday rooted in resurrection: hardboiled eggs dyed bright colors and then hidden around a garden. Easter baskets filled with plastic grass. Chocolate kisses wrapped in pastel-colored foil, Jelly Beans, and Cadbury eggs. And all of it delivered overnight by Santa's bizarre, big-eared counterpart, the Easter Bunny.

But if you'd believe it, Easter in Norway is even weirder!

In the first place, Norway, a famously secular (or, at least, religiously skeptical) nation celebrates the heck out of Påske (Easter). Families fill their homes with the color yellow: yellow candles, yellow table cloths, wooden eggs painted yellow and suspended from doorframes with yellow ribbons. Then begins a season of holidays, the first being a five day weekend, from Maundy Thursday to Easter Monday. This Påskeferie (Easter holiday) finds every true Norwegian out of town, usually up in the mountains at a family cabin for some last-of-the-season skiing. Oslo and the other big cities empty and shut down. It's possible that some of these people begin their Easter Sunday reading the resurrection story from their KJV Bibles. Some probably gather in country churches to participate in Lutheran liturgies. He is Risen indeed. But mostly they're skiing, eating Kvikk Lunsj bars and oranges, and reading crime novels.

That's right. Crime novels. Påskekrim (Easter Crime) is possibly the weirdest part of Easter season in Norway. Every bookstore puts up huge displays of thrillers and crime stories. Special crime series are produced for TV and radio. And, the weird-beyond-weird part, is the peculiar change made to the dairy section of your local grocer in the interests of Påskekrim .

TINE Milk cartons come emblazoned with a distinct pink-and-black comic strip depicting a crime story for the kiddos. The first year, Jonathan and I couldn't make heads or tails of the story. Three years later, I can read about 25% of the comic strip (impressive, huh?) on my own. With the help of Google Translate, I totally get it.

Grunnlovspennen or The Constitution Pen

Our story begins with Ulf, the detective wolf, who has just arrived at Randi the Hen's boarding house ahead of a big winter storm. All the roads will soon be closed, so Ulf decides to get to know his fellow guests. He's thrilled when sexy Petra the Fox, a famous polar explorer, greets him inside. She's teaching a Red Cross survival course to earn money for her next polar expedition. The other guests are excited about something else.

It seems that Randi the Hen's great-great-great Grandfather owned the silver pen used to sign Norway's constitution 200 years ago. Today, it's worth a fortune! So says Marcus Mouse, an art dealer. Rita Weasel, an historian, thinks the treasure belongs in a museum. They all eat a good dinner and go to bed.

In the middle of the night, Ulf and the other guests are awakened by a cry of pain. Ulf rushes down the stairs to the aid of poor Petra the Fox, who is clutching a broken leg. She'd been coming to invite Ulf to go on a moonlight ride, but in the darkness, somebody had pushed her down the stairs! Randi the Hen calls for a Red Cross rescue team and works to set the bone.

Just then, Rita the Weasel notices that the silver Constitution Pen is gone! (Dun dun DUN!)

"Any one of you could have stolen it!" accuses Ulf.

But Rita protests, "You can't suspect me. I'm the one who discovered the theft!"

Ulf is unwilling to let her off the hook. Suspicion then turns to an unnamed bird character who was, possibly, sleeping in the guest rooms? I don't know. I missed something. Hopefully, again, not integral.

In the distance, they hear a motor rumbling. It's the Red Cross "snow scooter," come to save poor, busted-up Petra the Fox. Who, by the way, has been a real trooper. She even stabilized her own fractured leg for transport.

As the group of guests watches from the doorway, Petra is carted off to the rescue snow scooter by several hooded Red Cross workers. Ulf then turns to Randi the Hen and says:

"You must call the police, too, Randi. I know who stole the silver pen!"

Gasp. Do you know who stole it? I do. I think. But I'll be unable to verify until Easter Eve, when TINE will make it available on their website. In the meantime, I visited TINE's website and made my guess! You can, too. Isn't that cute? Get the Norwegian children started young and they'll never question this crazy tradition. As is the case with most traditions in most places. Why do we do this? Because it's what we've always done. In Norway, Easter is simply synonymous with crime stories, and nobody can tell you exactly why . But it doesn't matter. It's not like anyone asks Americans to explain Peeps . 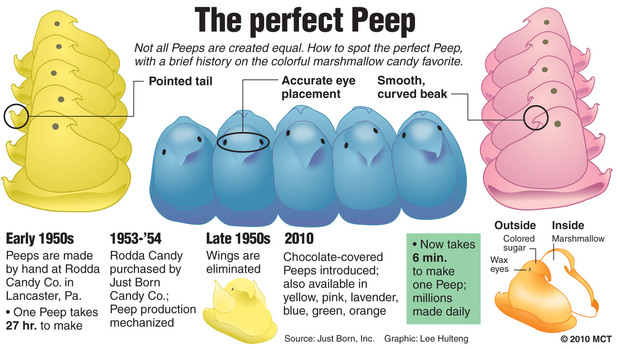 *By the way, when I say "weird," what I mean is: So steeped in tradition that, to an outsider, the holiday comes off as vaguely dissonant at best, cultish at worst. And I do not in any way disavow the season. I'm one of those crazy Christians. Embrace the miracle and pass me the licorice Jelly Beans.