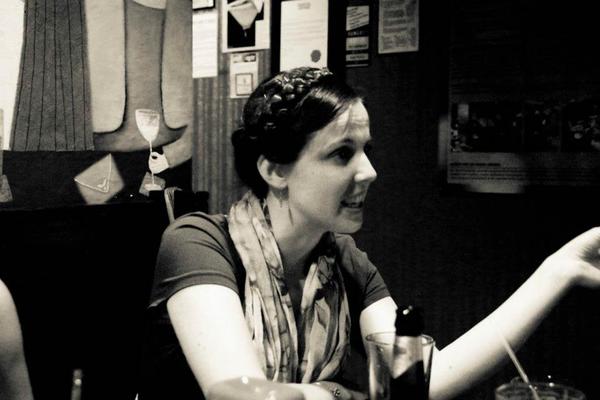 Go ahead and call me bossy . I've heard it my whole life.

"Audrey is a bright child, but she's bossy in the classroom."

As Sheryl Sandberg has pointed out in the last few months, the word bossy is aimed almost exclusively at girls and women, and it always has a negative connotation. Where a boy shouting orders to a passel of kids on a playground is commended for his leadership skills, a girl is pulled aside and told that what she's doing is wrong.

"Nobody will want to play with you if you're too bossy."

You should have seen me. I owned the playground and everyone in it (who would listen to me, and there were certainly those who didn't). At school or at home, I was the one who invented the games, made the rules, refereed, and facilitated play. Not that any of this lingo was a part of my vocabulary at the time. It all fell under the purview of bossy , which should have been the purview of leadership , but nobody thought to vocalize that difference until more recently.

In my neighborhood, I was the sole girl among about a dozen boys, all my age and younger. And I called the shots.

"Today we're playing cops and robbers. Cops get bikes. Robbers get a ten second head start. The light pole in the little field is home base. Go!"

Bottom line: there was a T-shaped parking lot off of Joaquin Murieta Boulevard in Newark, California where, if you wanted to play a game outside, you had to play my game. So, we played. I bossed the hell out of those boys, and I'm sure it bothered them, but the games never stopped. It was endless hours of Cops-n-Robbers, Cowboys-n-Indians, football, whiffle ball, basketball, swimming, bike riding, kickball, four-square, Hide-n-Seek. We played tackle football, and it took three of them to bring me down and push my face into the turf. Even when they didn't like me, they loved me.

To those who were in a position of oversight, it was plain that, if little Audrey were added to the equation of a classroom exercise, for example, there were few other kids whose personalities would stand a chance against mine. Our fifth grade teacher, Mrs. Busselen, used to ask us to divide into groups of four and dole out responsibilities: Leader, Time Keeper, Scribe, and Presenter. I was born with a hatred of group projects, mostly because I liked doing well in school and didn't trust the other kids to do what needed to be done in order to get an A. Unfortunately for me, fifth grade isn't one giant aptitude test for sixth grade, the way we're led to believe it is at the time. Rather, fifth grade is about preparing all children with the skills they'll need to, for example, cooperate with other people for the rest of their lives. To eleven-year-old me, cooperation only seemed necessary for more subservient types. That's why I was so torn between the roles of Leader and Presenter when these group sessions arose. I wanted to run the show, but I also wanted to be the face of the group when it came time to give the report.

Here I should point out two things: 1) Bossy girls aren't dumb. We know that by snatching the most important roles for ourselves and directing the action thereafter, we're also putting the burden of responsibility for the grade on our own small shoulders, and 2) most other eleven-year-olds are happy to cede that responsibility without a fight.

It took Mrs. Busselen a few weeks of group projects to realize that I was signing up for the position of Presenter, allowing someone else to put his/her name in the Leader spot, and then I was playing the role of de facto Leader anyway. Her answer was to forbid me to do any more presenting.

Since then, I've wondered whether Mrs. Busselen, who was not a terribly warm lady, actually liked me... whether she caught on to my little con earlier, but waited to exact punishment. It's possible that she had grown up as a bossy girl herself, and wanted to give me the break she never had. She was also the teacher who awoke my mind to the power of metaphor , and she was the one who had me read aloud to the class in her place.

Looking back, it was men and (once we were all a certain age) boys who had a tough time accepting my bossiness, let alone encouraging it. My dad, in particular, wrestled with his feelings. He wanted me to be the best and the brightest, and he liked it when I brought home good grades, awards, news about being the only girl running with the boys at P.E., or my plans to be class president. At the same time, he bristled when I bossed my brothers in the house.

"Stop being such a boss, Audrey."

I believe that Dad was reacting to more than my tone of voice or my dominant aura, though those things were anathema to him in some respect as well. Were I operating in a vacuum, Dad might have let me be. Or he might even have encouraged me to continue on that path full-force because his interest would have been in my success/survival alone. Instead, I was a girl with two younger brothers. Dad was seeing his sons trampled by my energy and usurped by my interests. In some cases (dress-up time), he was seeing his sons literally emasculated by me. 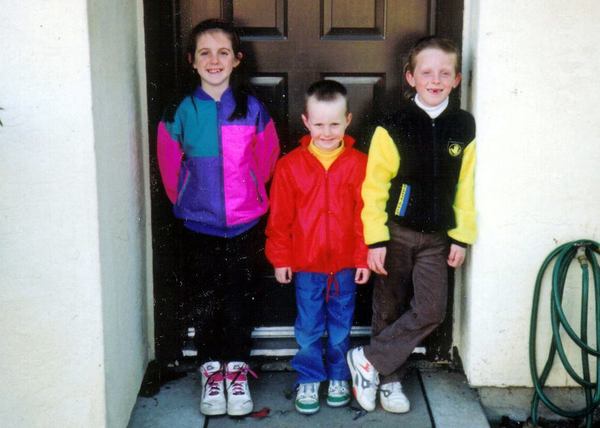 Here I want to be clear, too. I loved my brothers. More than anything. I loved having built-in playmates. I loved rough-housing with them, dancing with them, laughing with them, and telling them stories on our long walks home from school. As long as I was in control, I felt we were safe. I would protect them, come what may. This was part of what being the oldest meant to me, and likely means to most older siblings. But Dad worried about what this perpetual subservience might do to his sons. He worried they might not perform as well in school, or not want to play organized sports, or not develop a take-charge attitude. And he worried all this would be a result of growing up under a girl's strong upper hand.

If we're looking at this moment with clear eyes and from a distance, this easily translates to what Sheryl Sandberg says it does: A reminder for girls not to try too hard or rise too high or claim too much ground. Because there is such a thing as too much , at least for women.

I don't know how things would have differed if I'd had younger sisters rather than brothers. Maybe I would have been set up as an example to follow, rather than as a tyrant to be brought down. And I also don't know whether my bossiness was to blame, even in part, for my brothers' lackluster school performance or choice not to play high school sports. Both of them enlisted in the military, something I never would have done because enlistees have no power or authority, or much chance of it in their future, either. Am I to blame?

Who on earth is asking this question?

I am as much a master of my own destiny as I am the product of my circumstances. My father, the one who told me a hundred times I could be anything I wanted to be when I grew up, including President of the United States, was not trying to snuff out my light when he implored me to stop my "bossing". At least not consciously. (That would have required Dad to support Socialism in the abstract.) Subconsciously, he probably did want my light to dim just enough to allow my brothers to reach their potential as leaders, too, but not because it would have been to my detriment. In his mind, there was simply more at stake for the boys than for me.

"I actually think that we are conflating issues of academic performance and leadership. And in one area, girls are leading, and in one area, boys are leading. And a lot of people are confusing those. And that's why the research has been so important, because it teases those apart. Where girls are definitely leading is they're outperforming boys academically. We see that. They're getting more of the college degrees; they're out-performing in every school. And I think what's happening, is that teachers, parents, people are more worried about boys and there are a lot of good reasons to be worried about boys. We of course want boys to perform academically. When it comes to leadership, when you look at the numbers for student governments, when you look at the numbers for people running for office, when you look at the data asking middle school kids if they want to lead -- it's still really overwhelmingly male."

I was outperforming my brothers, as were many of my female counterparts back then, as are girls and women in every level of education now. Educators (and parents) have been worrying about this surge in female interest and capability as it relates to the young males being left behind. That's what's wrong. Because when boys were the only ones learning, leading, playing sports, and graduating, nobody was looking back and sweating what would happen to the subservient girls bobbing around in their wake. We still have a long way to go before gender equality is expressed in the classroom or the boardroom, but we're getting there. Actively attempting to favor one side or the other will only slow us down.

Here's where Ms. Sandberg and I differ. She wants to ban the word bossy because it's "the other b-word." I agree that bossy is used this way, flung about by men and boys who are indignant in the face of a stronger personality embodied by a female. It's a slur. But screw banning it. Screw bowing to what these people mean when they say it. Better to practice our bossiness out in the open and own the word--wield the word--once and for all.

I'm bossy . I'm a better person for being bossy . There have been plenty of people who have found the strength to stand up to me or to withstand me over the course of my lifetime. I've learned when it pays to boss and when it pays to relax and let someone else take the wheel. As a result of my bossiness as a young person, I don't blame anyone else for how my life turned out. Every grade I made, every class I failed, every degree I earned, every game I won or lost was mine. Disciplining my bossy tendencies helped me to be a good team captain, a good coach, a good teacher. It's also the reason I'm dependable in a crisis. There's more good than bad to be found in my bossiness, and if I ever have a child--a son or a daughter--I will do my best to nurture whatever natural level of bossiness I find in them.

If there's one thing I learned from my father, it's the power of being a good winner. No, gentlemen, I'm not going to take your word away from you. You can call me bossy . I'm just woman enough to take it as a compliment. 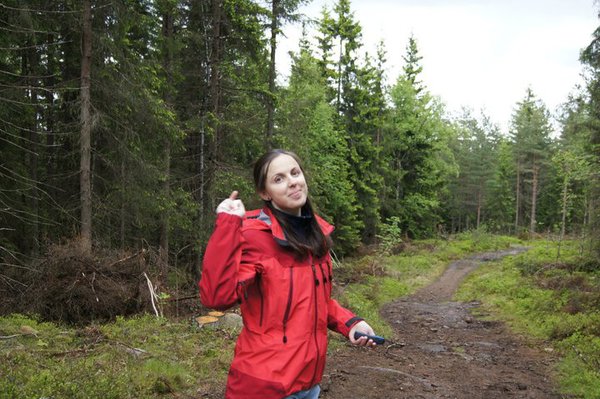