When I moved to Oslo three years ago, I hoped to plug into a ready-made writing group. I thought it would be the best way to meet people and nurture my writing career. My first weekend in town, I met a woman (a fellow American) who, when I mentioned that I was pursuing my master's in creative writing, responded enthusiastically. "I've always wanted to start a writing group here! Let's do it together!" It's good to happen upon these types of people... little bits of flint to our steel. It hadn't occurred to me that I might have to start a group of my own. As a first time expat, I was already overwhelmed by the impossibilities of giving up my career to focus on writing full time, living in a world capital, making all new friends, learning a new language, etc. And there was self-doubt:


Who am I to stand at the helm of a writing group?

What right do I have to pass myself off as the owner of some kind of wisdom?

But Oslo had no active writing group at the time (at least for English-speakers). On the strength of a promise of friendship, I agreed to attempt to launch a writing group with Anna. I would supply some writing knowledge and a space in which to meet; she would put the word out and bring in the bodies.


The night of our first meeting, a Monday in late September, was dark and wet and cold. Anna had tapped the shoulders of four different women, and all of them responded with interest. I sat in my clean apartment, a book held open before my face, unseeing. I was waiting for my doorbell to ring. My mouth was dry. My palms were damp. Strangers were coming, and we only had one thing in common: a desire to write. How could this possibly succeed?

Three years later, our little group has a name (The Rookery) and nine members (six who are more regularly involved, and three who have had children since our beginning and, therefore, find it tough to keep up with our bi-weekly schedule). We are extremely close, trust one another implicitly, support one another unceasingly, and look forward to our meetings every other Monday. What would I do without these women? My dearest friends. My Oslo family. I die a little inside when I remember how close I came to shrugging it off and waiting for someone else to take the initiative to begin such a group. No, it had to be me, it had to be Anna. It had to be Gis è le and Gaëlle and Sara and Kristina and Patience and Greta and Laura.

So, in case you, beloved reader, are at this same crossroads, weighing the possibilities, allow me to pass along some of that wisdom I didn't before believe I had within me.
If you want to start a writing group in your community, here are a few things to keep in mind:

Today, I belong to two writing groups in Oslo. There's my own (The Rookery), a closed group comprised of, as I mentioned before, nine women from five countries (none of them Norway), all writing very different stuff. A few of us have published work (essays, blogs, short stories, one book) since we started, but for the rest, The Rookery is a bi-weekly outlet for creativity otherwise untapped.

The other ( The Oslo International Writers Group ) launched in May of 2012. It is FAR larger. The Facebook group includes more than 100 people. We meet monthly and average an attendance of eight/ten at any given time (never the same mix of people, either). We published an anthology of pieces on our one-year anniversary, and we're in the process of pulling together a second anthology in time for our anniversary this year. Within this group, I've also made amazing friends. If you're an English-speaking writer in Oslo, I definitely recommend that you join us.

I'm sure I'll write more about this topic in the future, but in the meantime, I hope you feel inspired to release the potential energy of this idea in your community. Writers are never as alone as they feel, and a writing group is one of the best ways to demonstrate that truth of the writing life. If you need more encouragement or have any further questions about this idea, please leave me a comment! 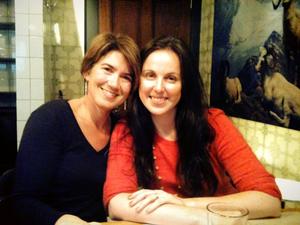 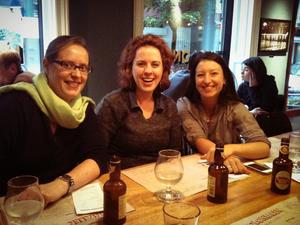 Celebrating The Rookery's second anniversary (2013) with tapas and love. 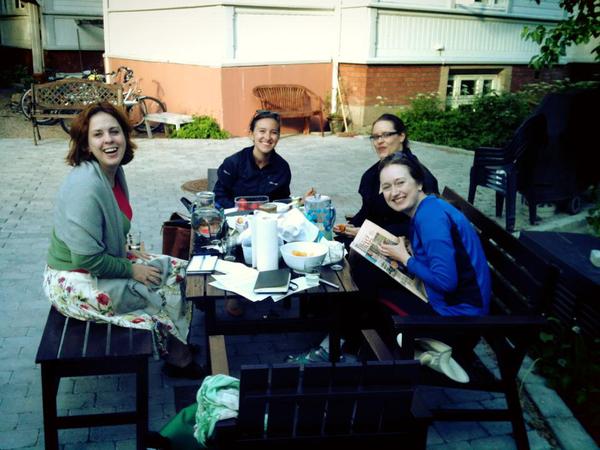 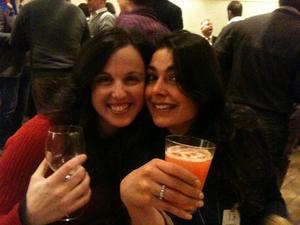 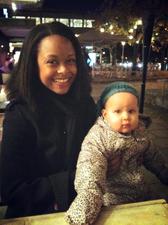 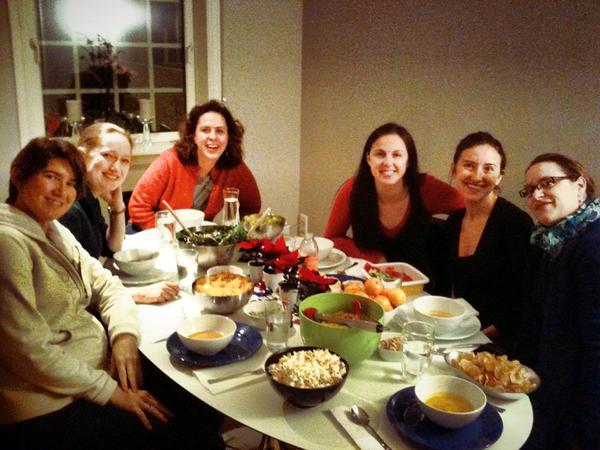