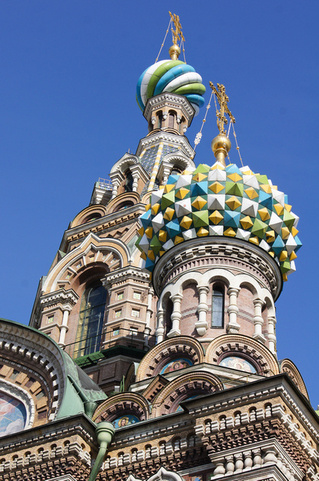 Driving along California's endless freeways you're bound to see a memorial. Heaps of fabric flowers, ragged under the hot sun, ragged in the windy backwash of speeding cars, clinging to chain link fences and sign posts. A simple cross. Faded plastic icons. Candles that can't hold a flame.

How long has it been there? This outpouring of love and grief.

In a moment, you're past it. Vaguely, you might think of the life or lives lost on that dusty spot, but there is no sense of eternal pain. No names. Though blood was spilled, the heat and wind make light of these things.

Last month, I turned one of the ten thousand gray corners in St. Petersburg and came upon The Church of the Savior on Spilled Blood. A bizarre beauty, the cathedral was erected to commemorate the assassination of Tsar Alexander II.

Under the rule of Alexander II , Russian serfdom was dissolved entirely, a progressive move that earned him the title Alexander the Liberator. But at the same time, his crackdown on the people of Poland was brutal. He began his reign with a speech in which he told Polish people across the Russian empire not to expect any freedom or equality in his eyes. This so-called "No Hope" speech fueled the fire leading to the January Uprising in 1863, ultimately suppressed by the Russian military after 18 months of fighting. The result? Hundreds of Poles were executed; thousands were exiled to Siberia.

Yet, everything in history depends upon one's point of view. In Finland, Alexander II is still regarded as "The Good Tsar."

On 1 March 1881, he stepped into his bullet-proof carriage, a gift from Napoleon, accompanied by an armed guard. Members of the Narodnaya Volya ("People's Will") movement waited in the crowds that lined the streets. The first bomb was tossed beneath the horses pulling the emperor's carriage. When Alexander emerged unhurt, a second bomber stepped forward and threw his package at the emperor's feet, crying out, "It is too early to thank God!" 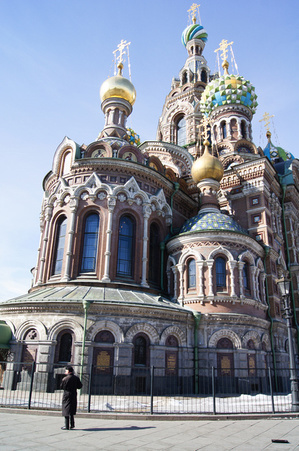 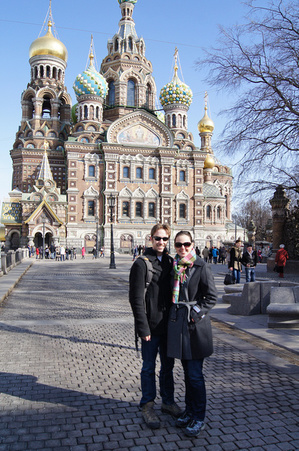 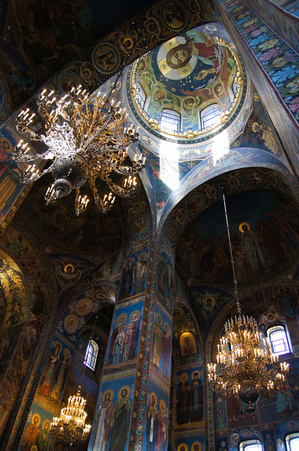 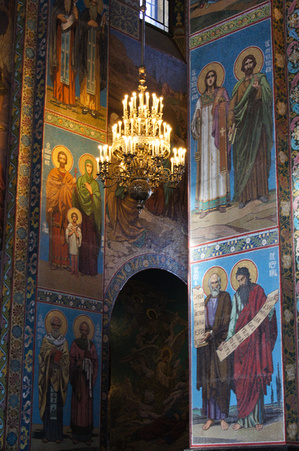 Walking through the front door of the Church of the Savior on the Blood , I almost fell to my knees. I had no idea. Just about every square foot (75,300) of the interior space is covered by mosaics. Floor to ceiling. Brilliant colors, intricate patterns, bursting with symbolism. 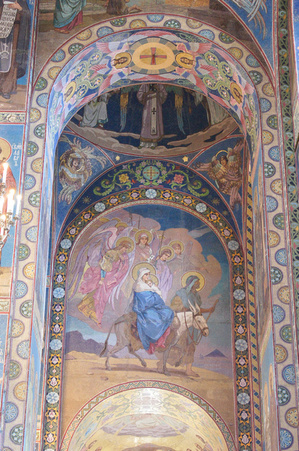 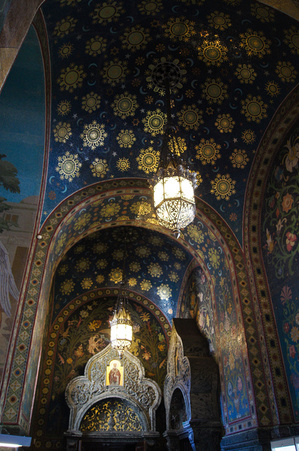 The church was built on the site of the assassination, and construction began in 1883. Twenty-four years later, Tsar Nicholas II, Alexander's grandson, oversaw the completion of the project. 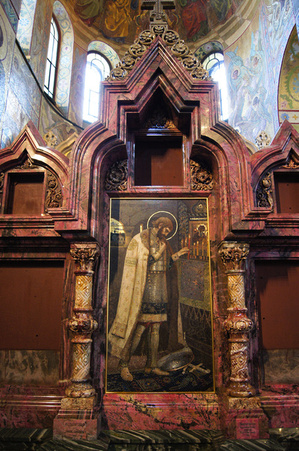 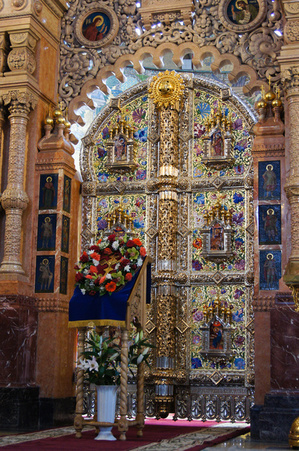 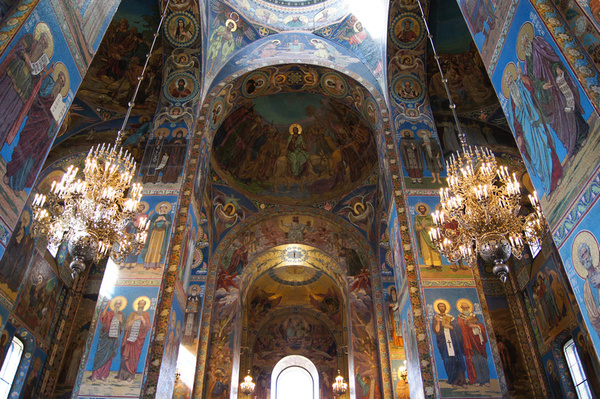 Because it was a sunny day, the gilded halos of the saints glowed all around us. The Christ child gazed down from within one of the onion domes. I understood why, during the Siege of Leningrad , people took shelter and prayed here. I understood why some people would find that fact predictable, too. Why some would even scoff at the kind of blind ignorance or blind faith which would render starving citizens prostrate before the onslaught of mankind's hellfire, without questioning why a god who could allow such inhumanity would step in to spare those with their faces pressed desperately to the stone floor.

Communism secularized Russian churches, and the Church on Spilled Blood fell into disrepair. For decades it was used as a warehouse. Years of neglect worked on the faces of the icons. Precious metals and stones were stolen. Original mosaics were looted. It stood beside the Griboedov Canal, broken, faded, dirty, chipped, cracked.

Ragged in the windy backwash of speeding time.

It wasn't until 1970 that efforts were undertaken to restore the church to its former glory. It took longer to repair and clean than it took to build! In 1997, the Church on Spilled Blood opened again to the public. Today it is one of the city's most popular tourist attractions.

To memorialize is human. When Alexander II fell victim to an assassination plot, the imperial family had the resources to erect this vibrant, exotic shrine in his memory. But weeks after my visit, I realize that I was far more affected by the sheer imaginative beauty of the place, the candy castle effect, than by the history behind it.

But I will say that reading about the way Alexander died triggered something in me, made me shiver. Bostonians suffered last month at the hands of two heartless young men who lay crude, homemade bombs at the feet of Boston Marathon spectators. Sadly, I'm reminded, there have always been men like this.

With my paltry understanding of Russian history, I don't feel qualified to comment on whether Alexander deserved such a monument. So, perhaps it's best for someone like me to consider the Church on Spilled Blood in a more universal light... celebrating the fact that society rises to the occasion, finds love, even in the aftermath of destruction perpetrated by the angry, senseless, violent few.