This Sunday we visited The Munch Museum , Oslo's tribute to one of Norway's most famous citizens, the legendary artist Edvard Munch . 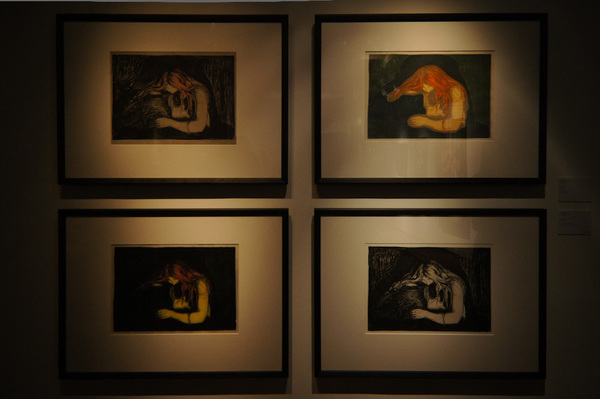 The exhibit is unique in that it focuses on more than Munch's paintings. He dabbled in photography, lithography, and even home movies with some of the first movie cameras. He was also one of the few artists to explore personal duplication of his own masterpieces. Four versions of The Vampire. Dozens of replications of The Scream.

The installation reveals Munch's obsessive return to several major motifs over the course of his life by displaying the works close together and highlighting the difference in years. In this way, Munch's obsession with a woman standing naked by her bed and crying, or three girls wearing hats and standing on a bridge, or with something as simple as a kiss becomes haunting. Perhaps reminiscent of the way Munch was haunted by his subjects. 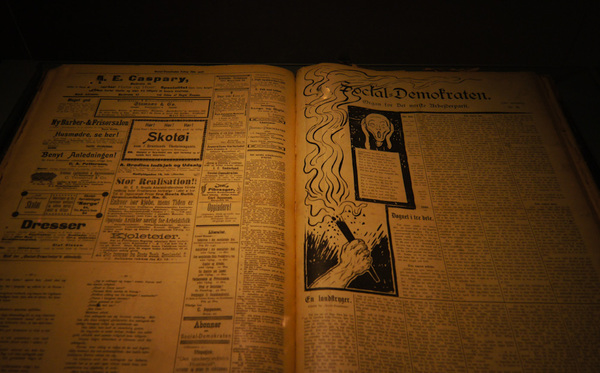 A beautifully produced film (in English) is screened at the entrance to the exhibition. An actor takes visitors through the life of Edvard Munch, which, as it turns out, was a dark, tormented one, made worse by Munch's own paranoia. As he pointed out in his own writing, "I inherited two of mankind's most frightful enemies--the heritage of consumption and insanity." The movie, though not remotely cheerful, provides an excellent context for the rest of the museum. 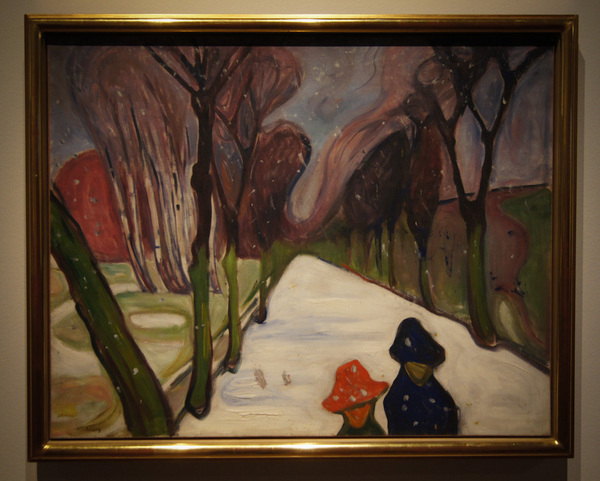 When Munch died in 1944, he was alone. He was 80 years old and had finally become revered across Europe as a major influence in the world of painting, but for most of his life, Munch was misunderstood. He was no stranger to scandal, both in his personal relationships with women and his professional relationships with other writers and artists. This was part of the reason he kept on the move throughout his young adulthood, spending time in Christiania, Berlin, Paris, and Copenhagen. Ultimately he returned to Oslo (having been born in Ådalsbruk, just outside the capital) and became something of a recluse, shunning social invitations. When everyone wanted a piece of him, he wouldn't play along. In his will, he left behind more than 1,100 paintings, 4,500 drawings, and 18,000 prints, and he bequeathed them to the city of Oslo. 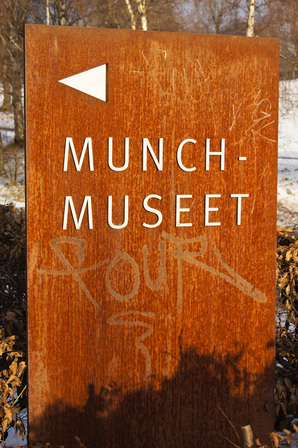 Left: This way to the Munch Museum; Right: What did Edvard Munch hashtag his photos with? My Instagram response...

Visit the Munch Museum's website for information regarding opening hours and current installations. Take any eastbound metro to the Tøyen station.

If you enjoyed this sneak peak into an Oslo attraction, check out more in my A Look Inside Series...