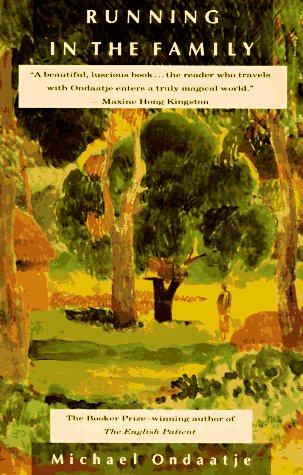 My monthly submissions to Lesley University's MFA program each include two craft annotations. When we "freshmen" were first presented with this requirement at our initial residency in June, the idea of writing a craft annotation about any book was enough to frighten many of us, but I was intrigued. After all, while I've continued to read and read and read since my graduation from UC Davis in 2006, I've missed the opportunity to analyze my readings in writing.

(That probably sounds a little crazy to some of you. Let me explain.)

When the movie Pride & Prejudice was released in 2005, people raved. I raved. As a child, I was addicted to the 1940 version. Sir Lawrence Olivier was the only Darcy I could imagine, and I would daydream about him. Soft cheeks and immaculate sideburns, the way his tongue softened the Zs in the word "Lizzy." I would sometimes alter my voice to accomodate Greer Garson's breathy British accent. This confused my teachers in elementary school, but on the whole they were understanding. My fifth grade teacher, Mrs. Busselen, never batted an eye, failing even to chide me for a three-week phase in which I signed my name at the top of all my assignments as Elizabeth Bennett.

(Where am I going with this? Stick with me.)

Anyway, the new version of P&P came out and, even as someone who loathes remakes of my favorite classics ( Cheaper by the Dozen with Steve Martin as a slapstick father? Sacrilege!), I found the metamorphosis of the period piece disarming. Especially when I realized that I left the theater no longer daydreaming about the genteel 1940s Mr. Darcy, but viscerally craving the brooding 2005 Mr. Darcy.

In two hours all he'd done was scowl and look down his perfect nose, he'd danced once with Elizabeth, saved the entire bevy of Bennetts from destitution, and then... oh yes, he'd walked across a field.

Outside the theater, I could close my eyes and command him to walk across that field again and again. Mist and morning ebbed around him as his legs stalked between the rolling clumps of reeds and blue-green grasses. Toward me.

He had bewitched me, body and soul.

(Seriously, I'm getting there.)

I called him to mind over and over. Jaw. Voice. Eyelashes. Everything. And it pleased me.

That ability to replay a moment and feel the twinge of pleasure again, to shock my heart into skipping a beat, is one of my favorite parts of being alive. I hope everyone does this, not only with movies, but with life. Stop for a second and remember your first kiss. Matthew's lips tasted like rootbeer on the February evening. Remember sinking the game-winning, at-the-buzzer shot. Three--two--one--Pancoast with the three! Remember the best compliment you ever received. And remember how you glowed in the echo of those glorious, memorable moments.

I do this with books, too. After I've read a book like--oh-- The Poisonwood Bible by Barbara Kingsolver or The Book Lover by Ali Smith or Manhood for Amateurs by Michael Chabon, my greatest desire is to relive the experience of that heavenly read. But that's harder. No flawless lips. No broad shoulders trailing a cape-like coat that flickers around mud-caked boots. Only words. The turn of a phrase. Rhythm. Vocabulary. Wordsmithing. Unless I repeat the best of these aloud, or write them down to share with someone else, I don't get that same pleasurable shiver.

So for me, the craft annotations at Lesley U have filled that void. I now have an avenue in which to share my favorite parts of a reading.

The true goal behind the craft annotation is to prove that I've not only read the books in question, but I've also gleaned something key about the craft of writing from the talented authors. That key is something I must be able to shoulder and take back to my own cave to further my evolution as a writer.

For my first set of craft annotations, I wrote about Alexandra Fuller's Don't Let's Go to the Dogs Tonight and Michael Ondaatje's Running in the Family , two colorful memoirs. The following is the craft annotation I submitted for Ondaatje's work. (And to tie this in with past entries, in Hermaphrodite Flake - Part II I wrote that "I was alone with the nearly-noontime sun and the memoirs of a Sinhalese poet." Michael Ondaatje was up on the rock with me.)

Michael Ondaatje's Running in the Family is a web of recollections, his own and those of his relatives and family friends. In his final chapter, Ondaatje tells me that his "body must remember everything, this brief insect bite, smell of wet fruit, the slow snail light, rain, rain, and underneath the hint of colours a sound of furious wet birds" (202), and this is reassuring to a reader who has spent the last 200 pages wondering how anyone could amass, catalog, and then perfectly recall so many details about life. About lives that are not his own.

Every man's life is a mystery to those on the outside looking in, watching him speak unintelligibly or make hasty decisions or wander aimlessly. It's also possible that every man's life is a mystery to himself. From the beginning, Running takes on the feel of a deconstruction, a bloody treasure hunt. Ondaatje has returned to Ceylon, backdrop to his childhood and the budding of his family tree, and he describes spending a morning with his "sister and Aunt Phyllis trying to trace the maze of relationships in [his] ancestry" (25).

The story is very much like a maze, the product of interviews with siblings, aunts and uncles, grandparents, everyone still living in the Ondaatje "human pyramid" (27). Ondaatje chronicles the history of "good and bad Ondaatjes and the people they came into contact with" in a manner that feels to me much like the way he likely heard it. From many tellers. Disorderly. Interrupted by animal noises from outside the rooms where his interviews took place. He allows the tellers to determine the scope of the stories, to deliver the punch lines. There are false starts and occasional tangents.

For example, he pauses for a few pages to tell us about a man named Francis de Saram, Ondaatje's father's best friend, who had "the most extreme case of alcoholism [of that] generation and, always the quickest, was the first to drink himself into the grave." As a reader, I allow this dip into the life of a minor cad, one whose drinking disrupted weddings, but it is easy to dismiss the tangent as exactly that and continue on in the hunt for the vein, the Ondaatje family story, the quest for reasons why the author is as he is.

But I've been had. Ondaatje may catalog these memories in the rambling style of his relatives, but he keeps them on their proper leashes, pulled in and working toward a common goal. In the story of Francis de Saram, there is the foreshadowing of a multitude of weddings, the couplings that gave birth to the author's own generation, and the implication that, while de Saram was the first to drink himself to death, Ondaatje's father would eventually hit that wall, as well, would be the tragic last to do so.

Nothing is off limits on this hunt. That's something I took away and will, hopefully, find the guts to apply to my own writing. He describes the mess and terror of his father's alcoholism, driving drunk late at night with his children in the car; the loneliness of his mother; the selfish eccentricity of his grandmother, Lalla. But even as he details theft, animal cruelty, poaching, domestic violence, lies, adultery, and manipulation, Ondaatje manages to do so without making me feel as though he is maligning his family. He describes the only photo he has ever found of his parents together.

"Everything is there, of course. Their good looks behind the tortured faces, their mutual humour, and the fact that both of them are hams of a very superior sort. The evidence I wanted that they were absolutely perfect for each other." (162) He loves them.

He loves Ceylon. The jungles he describes are savage, but beautiful. He remembers them, but from a distance. And it is with the "mercy of distance" that he writes the histories of his family. "I am the foreigner. I am the prodigal who hates the foreigner" (79).

When I write about my family, I write because I am compelled by the energy of memory. When I write about my husband, I write because I am impelled by love. Love and memory are the stuff of home. But a memoirist cannot go home. If she tries, she'll build the walls of her childhood house, lay the paths she took to school or a best friend's house, and make the ghosts of her parents and brothers and friends speak the words she remembers. But it will be puppeted, choreographed, and edited for nostalgia. It will be warped by her good intentions.

Michael Ondaatje did not try to go home; instead, he visited his home and collected the memories and wrote them down. He observed history through the eyes of a visitor, one who is wise with experience but safely raised above the flood of nostalgia.

From this high vantage point, he gives me everything I need to understand his family.

The heat of Ceylon "runs with its own tangible life down a body as if a giant egg has been broken onto our shoulders" (79). It is foreign to me, but it is also a perfect observation, tactile and exotic. It is the way he writes the stories of those he loved, of the father he yearns for, Mervyn, long since dead, a man who is mostly memory. With that merciful distance, Ondaatje is able to deliver this honest, relevant memoir.