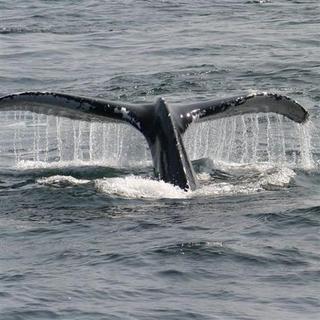 Lately, trying to inspire my own writing has been like carefully cooking spaghetti. The water never boils and, after a while, when I do pull a limpid noodle from the froth and pitch it against the nearest wall, it tumbles down to the floorboards to hang with the dust bunnies. Nothing will stick.

A friend recently asked whether I'd posted anything to the Red Door in December.

No , I replied. No, I'm going through a drought.

A drought? he asked, and sipped his wine thoughtfully. Or have you just been really, really busy?

And so, he extended to me an excuse. It was forgiving, charitable, all the things I expect from the friends and family who follow my blogging. But I could not will myself to accept the avenue of escape. It's a bad habit of mine; once convicted, I believe I must remain convicted, and I will slam the cage door shut of my own accord.

After all, this isn't my first lapse by any means. I lag behind all the time. But in the past, when faced with nothing but the ugly, vapid glare of a blank Word Document on my laptop screen, I've written about that glare, that block, that demon, as though I could vanquish him by simply giving him a name.

Reading back, I admire those times. I admire the me who flailed and fought against her own laziness or fatigue or lack of originality by inventing some strange metaphor. It was always a stretch, of course. Beasts, machetes, rivers curling through jungles. But in those instances, I came through and, amazingly, I had a story to tell.

These days, though, have been harder. I reached that dreaded precipice. It crumbled away a thousand feet beneath my outstretched boot. There were no more words, no bridges, no markers in the underbrush. Only air. The void where my imagination used to be.

I've been staggering at that edge for months. You see, the horrifying truth is that I've forgotten how to write.

I'm not talking about the stealthy hunt for what is poetic, the trapping of it, and then the setting it free on paper. Nor do I mean the deeper analysis of life and the expression of philosophy in relation to sunrise and sunset, and breathing in and out, and chewing and swallowing. I mean all of that, too, of course, but mainly I've forgotten how to put words in a row.

I've lost the ability to make coherence out of chaos. I am unable to prop the lines of letters up against themselves, to build words let alone sentences. The bloody things will not stick together. I've tried everything from spit to duct tape, but I come away with nothing but a heap of inky lines and the knowledge that I've wasted a hell of a lot of time.

No, I've been lost. And I've had this feeling (as my right hand has suddenly ceased to perform the acrobatics necessary for cursive) that two giant hands are wringing me out, squeezing and twisting and crumpling me until I am just dead dry.

It's been weeks since I had the sense of story flood my mind, perking me up and guiding my hand to the nearest pen. It's been longer since I've wanted to crack open my soul book and remind the world that I'm still here.

And the reason I'm here is that I've been reading again. With every page turn, I can feel my word bank refilling. It makes me ache with hunger for more thoughts, more plot, more honesty on the page. I am crazed by the mass of imaginings that are twirling around me--all belonging to someone else, someone who has probably braved his share of droughts, who has named her share of demons.

In the movie Finding Neverland , playwright J.M. Barrie tells the little boy, Peter, one whose namesake will soon fly Wendy and her brothers out their nursery window, that if he wants to be a writer, he needs to begin by writing about the talking whale.

The talking whale is that idea which pops up and, in an astounding feat of nature and magic, says (with a thick Welsh accent), Write me, my dear, sweet, talented Girl. Write me.

It's a work in progress, this rebirth of a wannabe writer, but I'll get there. For the first time in a long time, I have faith. Reading gave me that. I stepped off the precipice into a black abyss and found a bridge, creaky, missing a few (possibly essential) boards, covered with termites. But it's there, and I'm preparing to take a deep breath and walk across it. Who knows what is awaiting me on the other side.