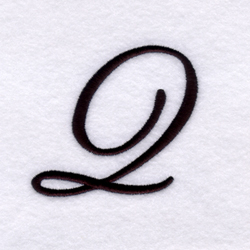 Today at lunch I sat in the sun, my bare toes exposed to the sky, and I breathed in the fresh, fragile scent of cut grass and aging flowers and leaves staving off the seasonal call to loose their holds and tumble to the earth. Near the oleanders, where bunches of fuchsia flowers now bob between the browning, curled ends of their own, dying leaves, I caught a waft of almond, of mud, of something almost too ripe. But all of it mixed and floated away on the next breeze. It tantalized me.

Autumn is my favorite season, something I say aloud and blog about every year. It reminds me of elementary school, upside down plastic chairs on desks, the jingling circus noises of recess, and the straight gray-blue lines dividing blank notebook paper into swim lanes for letters.

The thought of those lines and the thrill of empty paper begging to be filled with graphite scrawl, triggers another memory, a favorite memory: learning the art of cursive under the brusque tutelage of my fifth grade teacher, Mrs. Busselen.

Mrs. Busselen's script on the chalkboard was perfect, graceful and purposeful, marrying each of the letters in a word to its neighbor with a quick, deft dip of chalk.

I coveted her capital Q. It was the most graceful number 2; it was the grand, arching contours of a trumpeter swan.

Before you accuse me of mixing my metaphors, I must tell you that I hold Metaphor sacred. In my personal religion of poetry, Metaphor is the god. It is all things. It joins all things. There is nothing outside the bounds of Metaphor, nothing that cannot be likened to something else, and nothing which, in the act of likening, is not rendered more familiar and more true in the process.

While I had always liked poetry (even winning a poetry recital in first grade), it wasn't until the spring ripened age of eleven that I found myself at the poetic precipice.

Up to that point, I had learned so much, so many foundational things. For me, learning was its own delight. I read my lessons in earnest, proud of my comprehension but always aching to be allowed to know more. Each fact given to me was pocketed, secreted away like a treasure. After a while, my stock hold of treasures had grown to something fairly fantastic, but I was still acting miserly about the whole thing. I obtained the gold pieces, the morals of stories and the sums of math problems, placed them on their rightful shelves in the cavern of my mind, and then visited them.

I visited constantly, counting and recounting. I knew only inventory and hoarding. The concept of spending these treasures was entirely beyond me. In using these bits of knowledge, I feared I would lose them forever. Little did I know what rich interest such spending would eventually yield.

But eventually I learned that, too. Fifth grade was the year I discovered the power of comparison. Similarity. Relationship. These things were valuable, in fact, they were beyond choosing to place round pegs in round holes, beyond puzzles, math problems, building blocks, and IQ tests.

I sat in my small plastic chair, leaning over my sturdy, little metal desk, arm crooked and hand curled around my pencil, poised to take in the day's handwriting lesson. My legs were locked at a rigid right angle over the edge of my seat, my skinny thighs taught. I suppose my knees were accessorized with Band-Aids, or at least with the sticky, gray echoes of where Band-Aids had recently been.

Mrs. Busselen stood with her back to the class, sweeping the drill onto the board with able, looping strokes. The chalk line hissed and slithered at her direction. And when the dust cleared, I could see a line of Qs for us to copy, alternating capitals and lower cases.

The letters underwent an instant metamorphosis in my mind's eye. No longer stagnant, the faint-edged flock of swans, majestic adults and quivering cygnets, shook the chalk from their wings and set sail, like a battalion of ships in search of a new world. I could feel the ripples of their wake disturbing the peace of my classroom and I wanted to follow them into the sunset.

And just like that, there I was, standing at the poetic precipice. It was a sheer, unending drop from a cliff so high I could not see the raging river thundering hundreds of miles below the cold mists of dawn which ebbed just below my feet.

All I had ever been taught and told, all that had been squirreled away and was gathering dust in the hold, came bubbling up. Metamorphosis, the miraculous change from caterpillar to butterfly. Columbus and his triad of ships nosing their way through the previously infinite waters of the mystic Atlantic. Animals and the many ways we had to classify them, adults and babies, groups, and genders. I knew these things and when I called for them they came to me; they stood awaiting my orders; they linked arms and marched when I asked them to. I could barely contain my excitement as I witnessed the birth and rapid morphing of my own metaphor.

With Mrs. Busselen's back to me, I identified the facts which were relevant even in this slight, slanted way, and let them mingle, infuse one another, strengthen into an idea which was uniquely my own. That day, I discovered perspective. I understood perfectly the grace and power of a capital Q.

My own, unpracticed hand wobbled though its drills. I was too aware, too self-conscious for a true flow, and this new idea was so distracting that I gave up mimicking her cursive letters and began sketching swans and ships and cocoons in the margins of my notebook. Letting these individual facts become connected by the gelatinous magic of imagination inspired me. Imagination became then, and remains to be, like the seven oceans to the earth of my mind.

With that awakening, I knew that all knowledge is vital, all things are congruent, all points of view are reachable when swept up by these philosophic rivers and pulled along to separate ports of call.

Today, my handwriting is a hybrid (or lowbrid) of print and cursive, slouching and juvenile, never uniform, never at attention. Rarely do I have the chance to write a capital Q. But when I do, I think of all these things. My heart pounds along to the rhythm of a river which knows intimately the banks of history, science, math, literature, geography, and, of course, handwriting.