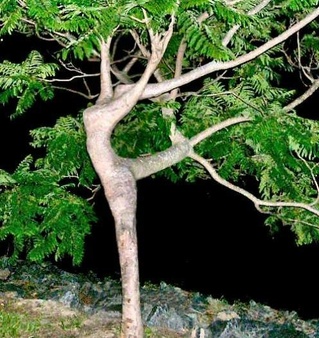 There is a side to my personality which, for a long time, I classified as "boyish." This wasn't a term I came up with on my own. I grew up around a lot of boys, but I simply assumed we acted the same way because we were children... not because I was more like a boy than like a girl.

Instead of making me feel more included in the boys' club which was my neighborhood, hearing that I was "boyish" (especially when spoken in that smug, piteously explanatory way) made me more isolated from my male peers. Moments before, our game of King of the Hill had been fabulously fun. Suddenly, when the advent of a new description of Audrey, leader of the pack, the game took on a new tone. I was "like" the boys I'd been playing with, but they were "allowed" to be that way. I was breaking some holy code. Worse, the boys who had been happily following me as the de facto leader, the one with all the answers and all the games stocked up in her head, found a reason to doubt me. By following my dictates, they were being emasculated. Granted, this thought wasn't fleshed out for years, but the base, unsettling feeling that comes with emasculation was conceived in the hearts of those boys right then. I was "other" and needed to be taken down a peg.

How was a ten-year-old girl supposed to know that being called "boyish" was society's way of taking me and boxing me into a finite set of predetermined definitions? Much later I would learn that words like "tomboy" and "boyish" made my teachers and my playmates and their parents feel more at ease. Even then, when I had no other option but to acknowledge and agree with the words they tossed at me ("tomboy" being preeminent), I bristled at the boundaries.


Looking back, I see that it was my outwardly thrust chin, my rough-and-tumble physicality, my vigorous approach to all activities both athletic and intellectual which startled people. Little girls weren't supposed to chase or punch or talk over their classmates. Little girls were supposed to be quieter, gentler, more focused.

Of course, I was those things, too: an avid reader, an imaginative writer (and speller, right Dad?), a kind friend to all of my classmates. But even my own contemplative, fair side was overshadowed by my boisterous antics on the blacktop. My dominance was classified as masculine, and that's not something a little girl wants to hear about herself.

In my world, one saturated with classic movies and their morals (ironically an age in film which set the standard for segregating and categorizing the genders via archetypes), I alternated equally between strong male heroes like John Wayne and beguiling, self-reliant heroines like Vivian Leigh.

"I ain't gonna hit you mister," John drawled. And then, whirling on the sharp heel of his snakeskin boot and catching the fellow by surprise, he hollered, "The hell I'm not!" and belted him across the jaw.

Couldn't I be both?

I have long since ceased to apologize for my strength of standpoint, but make an effort to nurture my humble, open-minded side for good measure. I continued to tout my athleticism in high school and still love sports to this day. My stubborn, opinionated streak is one of the things which caught Jonathan's attention in the first place, many years ago, but it is my genuine willingness to listen to him which keeps him intrigued by me. Balance is my goal, though I'm nowhere near it and may never be.

At any rate, I detest classifying people as masculine and feminine, as though the character traits in question have a rightful place on one side or the other of the gender line. Be who you are, the best version of yourself, and whatever that is, be proud of it.

The ancient norms which dictated rules of engagement, rules of play, rules of accession, rules of inheritance, rules of life... they were worse than backwards. Generations of enlightened men and women have spent countless years and unimaginable energy undoing the unnecessarily prejudiced in favor of what works best for a healthy, harmonious world. Let's keep the throwbacks of those antiquated biases out of the sandbox. Let all the children play and punch and live and learn.

I am not boyish. I was not a tomboy. I am unique. Part of me is strong. Part of me is weak. Strength does not denote masculinity and weakness does not denote femininity. Each exists within me, one alongside the other, strong and weak. If I am fortunate, the former will be what guides me successfully through the rest of my life... if I am fortunate and am not distracted by what a bigoted world expects of me.

May every little boy and girl born in the millennia to come find this part of life's mystery a bit less difficult to dissect, a bit more straightforward, a bit more encouraging.