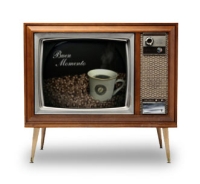 It really is a shame what people are putting on TV these days. Tonight, fatigued, out for a special evening (feeding the in-laws' cats whilst the folks are out of town), I plopped down on the couch to enjoy some basic cable. Between the last five minutes of American Idol (depressing), an endless report on the 4+ earthquake in Walnut Creek, there wasn't much to enjoy... but the real shame of it all was a brand spankin' new game show.

Are You Smarter Than A Fifth Grader?

No mindless obstacle courses, scantily clad women, or ruthless judges... just trivia. Elementary school trivia posed to adults. And, the icing, a constant stream of insults of the quippy, be-moustached host (who probably couldn't answer the questions either).

Oh, you might think I'm kidding. Sadly, between snippets of CSI: Las Vegas (I'm still digging the original cast), Jon and I watched adults humiliate themselves attempting to answer questions like the following:

How many times does the letter E appear in the phrase, 'Pledge of Allegiance'?

Which constellation contains the Big Dipper?

On the periodic table, which element is indicated by Na?

How many teaspoons are in 5 tablespoons?

And even as I sit here and admit that I had trouble with a couple of those, the ridiculous part was the length of time between each question. No joke, an hour long show... eight questions asked. Dignity didn't have a chance. College graduates stumbled over basic multiplication while five hyper-enthusiastic, snotty ten-year-olds looked on and laughed.

Thankfully, one scintillating question was answered. Whatever happened to Jeff Foxworthy's career? Apparently his redneck-joke-driven act petered out sometime in the last ten years and, in order to escape the inevitable trailer park, he opted for a job on the world's most boring new game show. Gazillionaire Mark Burnett is the producer, after all. When pitched the first time, it probably appeared to be the next Survivor.

True or False: Cirrus clouds are higher in the sky than Stratus clouds?