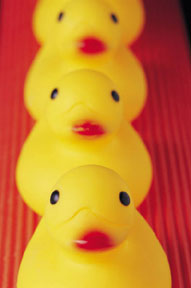 September really got away from me.

I was sick this week, very sick. And my husband was in Washington D.C., and there wasn't anyone to hold my hand. Of course, I'm better now. I can stand upright, eat regular meals, sleep through the night. And thank goodness, because Jon comes home soon. The week was a blur.

Every single week this month has felt like that. On Saturday I try to sleep in; on Sunday I just can't quite get up the energy to push Jon out of bed so we can go to church; Monday hurts. Then, in a split second of phone calls and insurance policies and volleyballs flying and horses trotting... it's Saturday again, and I am desperately trying to sleep in.

My puzzle is finished now. Jon bought it for me last weekend to help me wind down from the insurance class and exam I'd just pushed through. It was my first 3-day CIC class. The two-hour test took place Saturday afternoon. My eyes were spinning in opposite directions, having been so overwhelmed with information. Driving home I witnessed a traffic accident on 580. An oil tank truck rolled backwards and crunched the front of a Ford F250. It was fairly scary, as you can imagine. But scariest of all was that my first thought wasn't for the safety of the drivers. Rather: Wow, I hope that guy is listed as an owner on the business auto policy. Otherwise his personal auto policy will kick in and the BAP will only be excess.

Do these sound like the thoughts of a normal person? I needed help.

At home, Jon gave me a foot rub and talked to me about things other than insurance. Just to give me a break. He had some code to write before his trip to the east coast so, while he did that, I popped in Gone With The Wind and started a 1000-piece puzzle depicting an early 20th century winter outdoor scene.

I lost myself in the methodical movement of my own hands, marveling at the connection between my eyes, brain and fingers. I felt childlike as I clicked the piece together. Finding the little girl's orange scarf or the tip of the Christmas tree soothed me. And, when I couldn't find the middle of the brick chimney or the lower part of the horse's harness, Jon stepped in. He has an uncanny ability to find any piece in two minutes or less (which could be perceived as agonizing if I were feeling competitive, but in my current condition, he seemed more heroic than irritatingly better than me at puzzles).

On Sunday we went for a walk downtown and, to our chagrin, discovered that our favorite Chinese food place had closed! Chuan Yang, the site of so many fun downtown dinners and at least one volleyball banquet for me, is no more. It has been replaced by something called Hawaiian BBQ, which I will steer clear of in protest.

Don't ask me to be rational about this. Hawaiian BBQ is probably fabulous, but I'm just quirky enough to pull off such a boycott. The Hawaiian BBQ people probably won't care, anyway.

And to add to our restaurant-woe, Redz the hotdog place closed its doors, too. Jon is devastated. That place served great hotdogs, great bratwursts, great onion rings. It will be sorely missed, and Jon will be going through withdrawal.

Sometimes I get to the point where I wish I wasn't doing so much. The second I have this thought, though, I remember what a disloyal friend I've been (haven't spoken to the Ya-Yas in two weeks) and how I haven't volunteered one minute of my time to aid the community (I'm too selfish about my Saturdays as it is) and how I really ought to write a letter to my grandmother and pull the weeds in my backyard and finish reading An American Childhood and write a second blog entry in September !

All of that cold, hard truth makes me feel guilty, and slightly sick. Why can't I get all my ducks in a row?

To cut myself a little slack, there is a whole flock of ducks in my life. Is it all right if I'm a little proud that I'm sitting in a clean, vacuumed room with a completed puzzle on the table and big basket of folded laundry? Or is that simply to be expected? And expected by whom?

There's my answer. If I look to myself for the expectations, naturally I know better than anyone what I am capable of, but I also know my patterns. I know the limits I allow to stand in the way of simple things. At my riding lesson today I posted for fifteen minutes and my inner thighs ache. I know that I can and will stretch in the middle of my living room, but I also know that this will keep me from walking downstairs to clean the kitchen. So, when I surprise myself by doing something like cleaning the kitchen, I am pleased. I am proud. One little duck has swung through the water and into the proper row, and my own pride is all I should have been seeking in the first place.