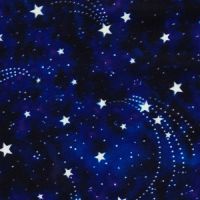 Whether or not one believes in Heaven, or in God, or in god, there is simply no arguing that life for a single being on this earth comes once, and then only briefly. At the end of a person's life, his heart stops beating and his eyes fade. His family sheds tears and pays for the pine box in which to bury him. Then, at the head of his grave, a tombstone is pounded into the earth to mark his place in time. Upon the stone are words that sum up his achievements, or the number of people he leaves behind. Sometimes there is no stone at all.

These thoughts are not romantic ones; they breed fear. We worry about the end. We worry about our own disenchantment with life, and with the disenchantment of those that we love. Anxiety is fundamental to our existence as humans, fueling our actions, both good and bad. If we're not careful, the constant pressure of the murky future can leave us with anxiety's bitter aftertaste: regret. Because anxiety has existed longer than poetry itself, it is not surprising that poets across ages and continents have tried to deal with it, justify it, and soothe it for centuries.

In the early 19th century, a very young John Keats was churning out many amazing, memorable poems. He had suffered a great deal early on, losing family members to tuberculosis, and his own life spanned only twenty-six years. But he had no real way of knowing his life was coming to so short a close when he wrote one beautiful and untitled poem, contemplating the finiteness of life and love.

He begins by noting that he 'fears that [he] may cease to be/ Before [his] pen has glean'd [his] teeming brain' (1-2). Keats' anxiety stems from his urge to create! Inside his mind are words, thousands of smooth slippery words, jostling about like fish in a crowded stream. The desperation of not being able to write all of those words down is killing him. Interestingly, Keats' does not fear death as much as he fears being unable to fulfill he own destiny before he ceases to be, however that might happen. He remarks on his true love, as well, fearing that he might 'Never have relish in the faery power/ Of unreflecting Love!' As an intelligent individual, Keats relies on his logic to help him rid himself of those feelings. He chooses 'then on the shore/ Of the wide world [to] stand alone and think/ Till Love and Fame to nothingness do sink'.

While unfortunately gloomy, Keats' poem still provides a kind of resolution. Throughout the work he turns to the heavens, considering the night and the stars and the clouds. When 'Love and Fame to nothingness do sink,' he has found his answer. No man is infinite. His small space on the spectrum of time is what makes huge concepts like love and fame, and even poetry itself, become trivial. The tone of his poem deftly encourages the reader to slow down and realize this idea. Heavy pauses settle the end of each line, and within each line are perfectly-chosen words to encourage slow consideration. For instance, 'cease' in the first line and 'behold' in the fifth evoke contemplation. And there are lighter moments, too, when Keats pushes the reader back into the optimistic, naive mindset that exists before such realizations about mortality are made. Just mentioning 'high romance,' the 'magic hand of chance,' and 'faery power' allows for an endorsement of the theory that ignorance is bliss.

While Keats' anxiety concerned only himself, Evean Boland, a 20th century American poet, expressed the inevitable anxieties of life on a completely different level: that of a mother. In her fresh, story-telling voice, Boland sketches out the parallel between an old Greek myth and her own biography in 'The Pomegranate'. Unique word choice and bold honesty put Boland and her reader on the same empathetic level.

The myth of Ceres and Persephone is found in the intricate mythology of both the Greeks and the Romans; and, as Boland illustrates so well, the story is timeless. A mother must make a difficult choice to spare her daughter from the cruel realities of life, love and time; she makes a literal deal with the devil in order to postpone the education of the gleefully oblivious Persephone. Here the similarities to Keats' ideas about the importance of keeping childlike faith in life abound.

As 'The Pomegranate' unfolds, it moves from Boland's childhood, when she was in Persephone's role, into her adulthood, when she is suddenly the mother. The poem is about disenchantment with life, and it begins as a flashback and ends in the present. But the anxiety in the poem is still about the future. Its focus is on the future of Boland's daughter. Boland knows that winter is 'in store for every leaf/ On every tree' in her daughter's life (20-21). Winter is a classic metaphor for the end, the death of something, in this case a belief in the infinity of youth. As painful as it is for Boland to recall her own disenchantment with the world, she can't quite bring herself to rip Persephone's band-aid off quickly. She 'could warn her' (42). But Boland's decision is to 'give her daughter... such beautiful rifts in time,' refusing to 'defer the grief' lest she 'diminish the gift' (47-49). In other words, Boland resolves that the anxiety is worth it as long as the memories of childhood magic can carry her through.

Boland utilizes creative imagery to set an ethereal tone in the beginning, setting up her own 'story of a daughter lost in hell/ And found and rescued there' (2-3). She was 'a child in exile in/ a city of fogs and strange consonants' (8-9). Beautifully Boland tells the tale, effortlessly skipping through time, even though it is the existence of time that eventually leads to her disenchantment. As a mother she understands Ceres' anxiety over the well-being of her daughter. The 'whitebeams' and 'honey-scented buddleias' are pictures of perfection that are associated with childhood, when everything seems perfect (17-18).

When winter comes, though, Boland turns to the sky. She finds that 'the stars are hidden' (25). Persephone is growing up and, in an Eve-like move, she has 'plucked a pomegranate', the forbidden fruit (33). Does the pomegranate represent love or innocence? Whatever the pomegranate symbolizes, to Boland it is the 'French sound for apple and/ the noise of stone', two opposites wedged together in one word, one tempting fruit. When expressed that way, the pomegranate becomes the truth of life: beautiful and delicious, but heavy and final. Boland does go back to the stars after reaching her epiphany about allowing her daughter to experience life as Persephone as long as possible, but this time 'the veiled stars are above ground. It is another world' (45-46).

Neither of these poems is terribly optimistic. Anxiety is unavoidable because the choices in life are unavoidable. However, one poet eloquently points out the hope that can at least calm an anxious heart. Yosa Buson, a renowned Japanese poet of the 18th century, is remembered for his contributions to art and literature. Most of all, his many haikus have withstood the test of time because they are cloaked in wisdom like that which we see here:

Not quite dark yet
and the stars shining
above the withered fields.

Buson concisely represents a metaphor of anxiety about the future, very similar that seen in previous poems. The darkness of night is coming, inevitably coming. And the fields are withered, dying because of impending winter. Yet, there in the center, Buson considers the heavens. In the stars he finds his answer. Gauging the stars gives Buson a sense of time and place. By comparison, he and his troubles are small. Night, while unavoidable, can also be appreciated in the beauty of the stars with which it comes. The fields are withered, but in the starlight he can still see them, rather than being lost in complete blackness. Indeed, Buson takes only three lines to find the bright side of the story.

Humanity will struggle with anxiety forever. The many pressures of life and age will only multiply from now until the end of time. Poets will most likely continue to try and decipher the mystery of the root of anxiety, while simultaneously attempting to cure it. Keats was anxious about his own mortality, and the idea that he might never fulfill his destiny as a writer. A century later, Boland began to understand that anxiety that comes with motherhood, the worries about her daughter's future. And before either of these great poets could take on this battle, a clear-minded man with a penchant for simplicity sat down to consider a winter evening settling on his fields.

All three poets chose to look to the stars for answers. Really, though, the answer lay in their respective pasts. Long before a man's tombstone is written, and before his life is really led, he is a boy who believes in infinite summer, in the immortality of his parents and in Santa Claus. No man can escape anxiety about the future, but he can escape into the memories of all the times he was allowed to believe in magic.