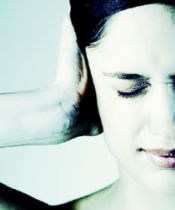 If I begin this blog entry with an apology, you'll probably forgive me. I don't know if I would. To be honest, I already wrote several paragraphs detailing an emotionally traumatic situation I went through today. I kidded myself, made fun of Martinez (the city, I don't know anyone named Martinez), and whined. Then I erased the whole thing.

"Control-A" and it all went away.

February began a week ago, but for me this month is simply a 28-day headache. Between school and work and wifedom and me, I've been running myself ragged. I don't feel healthy. I'm on the brink of tears half the time. Imagine how much fun this must be for Jon.

I'm sick of anxiety about school. I'm sick of the pressures of work. I'm sick of worrying about potentially letting people down. I'm sick of the lack of free time. Sick of writing for class until my eyes are blurry with tired tears... and then missing my shower time for the second day in a row. (Please don't be grossed out. It doesn't happen that often.)

But mostly I'm sick of my own mood that results from all of this. There is a funny, vibrant, creative girl somewhere within me. It's amazing that I've been able to bury her beneath all this heavy guilt and worry in just a week's time. Unfortunately my many vices and bad habits have sprung up in the wake of this rough patch (which ain't over 'til June), and it may take a chisel to get The Girl Behind the Red Door back into the sunshine.

Maybe if I admit my flaws to the world (or to the seven people who read my blog and occasionally get a big kick out of me), I'll be more apt to actually try to make the situation better.

Some things you probably didn't know about me:

I put off papers until three days before they are due, think about them, put off writing until the second to last day, think some more, and then churn them out in the eleventh hour. Every time, this is what I do. And I complain about feeling stressed.

I obsess about my weight (139 lbs. on a good day - oh, good God, the honesty), get frusterated when my favorite jeans don't fit, sigh repeatedly and then say things like, "I would give anything to lose six pounds... except exercise."

Oh, and then I dine at such healthy places like Taco Bell, Carl's Jr., McDonald's, In-N-Out three days a week, minimum!

When night falls I often look at my computer, remember my blog and then, overwhelmed by the number of days I've missed, decide I don't have the energy to make the effort to type up a couple quirky lines.

Today, when I didn't have cash for the bridge toll (Jon took the Audi and I didn't have the FasTrak thingy), and I had to pull off in Martinez and hunt down an ATM, and then the Northbound 680 ramp was closed, and the whole detour took twenty minutes!... I cried.

"Cooking dinner" happens a couple of times a week at best, and more often than not it's Jon who does the microwaving of the pizza, the toasting of the toast or the boiling of the water for the macaroni.

I'm always absolutely certain that everyone else on earth eats healthier, exercises more, enjoys longer amounts of leisure time, has the energy to be funnier, sleeps more and better, gets massages every other week, reads all the right books and sees all the right movies, is the perfect wife. And that makes me resentful and reclusive.

Not a happy picture.

Thankfully I attribute the degree of darkness in my thoughts to the presence of February. In mid-Winter, who can fully anticipate the Spring? I'm exhausted, and I need to shower. After I take Tylenol PM and thank my perfect husband for the back rub, perhaps the 8th day of my 28-day headache won't be so terrible.

Thank God this is not a leap year.

To lighten the mood, here is the conclusion from the essay I turned in today, comparing Primo Levi's Survival in Auschwitz and Eva Hoffman's Lost In Translation on the basis of the authors' opinions about adaptability in relation to survival:

Leaving home, severing the veins and nerves of all one knew for certain and perhaps expected to know forever, can be traumatizing. Hoffman's journey from home ended with a steep drop into a world she could not understand, and she refused to stand behind the language barrier one second longer than she had to. She did not want to lose herself, her Polish heritage, her vim and her expectations. Levi's migration left him in the throws of death, literally behind barbed wire and beyond the hopeful reaches of the morality of 'free men.' The authors' steps to adaptability follow a similar course, though separately what they endure could not have been more different. Still, within themselves, Levi and Hoffman discover an individual strength that can only come from ultimate self-reliance and a drive to overcome the foreign obstacles put before them. It begins by being willing to change, and ends with the building of a self-contained nest of protection. And when 'one has made oneself a nest, the trauma of the transplantation is over' (Levi, 56).