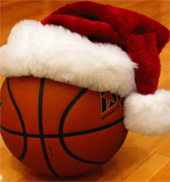 After three rowdy games of Taboo with the folks and Ted and Heather (whom I am hereafter going to refer to as "Teather"... because it's cute and oh-so-trendy... also, Jon's idea... and better than calling them "Hed"...), I am sleepy but happy. I love that Jon enjoys playing games with my family. And he's competitive, too. Not in the crazy, red-hot way that I get, or my dad gets. Just strong and necessary competitiveness. Thankfully he's smart enough to pull that off. We had fun. But now it's time to recap s'more. About our December. Where was I?

I've mentioned that Jon has been traveling a lot this month. Part of the reason is a potential job opening on the east coast. Exciting! Just a temporary, one to two year gig, doing some cool stuff and gaining experience. Plus, we'd have a whole new coast to explore. Probably based in the D.C. area. Anyway, he's been going everywhere to deal with this stuff!

So, when we came home from our four day vacation in Disneyland on the evening of Tuesday the 20th, and landed in Oakland at 9:00pm, Jon followed me to baggage claim, helped me out to my parents' car, kissed me and walked back into the airport to catch the red eye to Chicago, and then on to D.C.! That night! Bummer.

He was only gone until Thursday. While he was gone I used some of my newly acquired spare time to make our house more Christmas-y and to get in touch with the Ya-Yas (also done with school and available). Amy and I drove to SJ to see Cin and, over a heavy-handed game of Egyptian War and grape-flavored Smirnoff Ice, we caught up. *sigh* It felt good to talk about girly things.

Then Jon was home!

Christmas weekend was brimming with activity. But I particularly loved the way we started it off. Early on Christmas Eve morning we grabbed a basketball and our present for the Youds, delivered the gift (and stopped in to see all of Dave's new toys... including his brand new digiridu), and headed for the courts. I don't want to brag, but I kicked Jon's butt at HORSE. Okay, we both played miserably and I barely edged out ahead of him. Then we played some tetherball... again a victory for me!

For lunch we bumped into our friend Chris at Quizno's. After a quick stop at the grocery store for our new famous Sausage, Cornbread and Chestnut Stuffing ingredients, we hurried home. But this time we took the short cut, hopping the seven foot wall between the market and our house! Right behind Subway, using an old crate and some good, old-fashioned guts, we scaled the wall. That's right. BOTH of us! I haven't climbed a wall since I was a kid! Very cool. I'm still young.

We loaded Bronwyn for our trip to my parents' house. Christmas Eve is my family's tradition, and Christmas Day belongs to the Camps. So far that's worked out great!

Under a fabulously lit tree we piled our sparkling presents atop the existing enormous bright piles of wrapped boxs and pretty bags. But, of course, we couldn't actually open presents until we'd had quality family time. This year we didn't have Teather for long, as they needed to head to her family's get together. After they'd gone we played pool, boys vs. girls... and that was awful! Me especially. Afterwards we expected the traditional half an hour of singing carols our of key. But mom got rid of her piano over the summer (something I believe she now admits was a big mistake) and so we were spared. Although I did feel a teeny bit of a void when I realized we weren't going to experience the ninety verses of Good King Wenceslas bellowed by my dad.

Present time is slow and lovely. We take turns, opening gifts one at a time and appreciating what is given and received by others, taking time to be very grateful of what we're given, throwing away discarded paper and neatly piling our new treasures. Very un-Pancoast-like.

I received wonderful things from everyone. Beautiful sweaters and a soft, leather purse, several books, Audrey Hepburn movies, See's lemon truffles (my favorite candy!!!), board games, perfume... and I gave wonderful gifts. My father, though he grumbles about the sheer length of the book, loves the Doris Kerns Goodwin biographical account of President Lincoln and his unique presidency. Mom is flying through the DaVinci Code.

Best of all, though, Jon got things he wanted and needed and... I surprised him! I love doing that! It almost never happens. The guy is so on top of things.

Christmas Eve was terrific. And there's more to tell. Boring though all of this may be. At least I didn't forget to write tonight. Didn't realize there was going to be a Part III. But apparently...