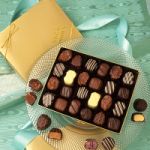 Although I was recently told that "yummy!" is a juvenile expression, only used by teeny boppers who believe they're frozen in the 1950s, I am determined to bring the phrase back into vogue. After all, so many edible items in this world are too casual, home-style, cozy to be termed "delicious" or "scrumptious"! Think homemade bread, hot and squishy from the oven... or blueberry muffins... or strawberry jell-o. Again, I am a fan of "yummy!", and I refuse to have my vocabulary dictated by the times. Friends, as of now, with the upcoming list of my favorite treat-type foods (not the most original blog idea... sort of a first date convo starter, though), "yummy!" is back.

Okay, let's get the Hostess Cupcakes out of the way. We've covered that one.

But a sentimental favorite of mine, very similar to the cupcakes (probably made from the same material minus the brown dye) are Zingers. Just the thought of the slightly chewy yellow-flavored, solid sugar frosting makes me tear up a little. I remember one road trip with my dad and my brother, Ted. We'd taken the train to Grandma's house (not making it up), and there we bought her maroon Buick La Sabre (where the cliche ends) and drove home via Mt. Rushmore, Badlands and Yellowstone. I have a point. In one bargain motel we stayed in during the drive West, the three of us were very hungry in the middle of the night. Nothing left in the cooler (on trips like this we usually lived exclusively on bologna sandwiches, pretzels and juice), we switched to plan B: a midnight excursion to the nearby 7-11. Dad returned heroically bearing a box of Zingers... which we polished off in 15 minutes. Ahhhh... to be young again. Good memories.

Wow, that was a lot of time on Zingers. Next up... Junior Mints. Don't argue with me. They're like mini York peppermint patties. And they're perfect for the movie theater. Though the last four mints wind up wedged at the bottom of the box, and you spend several minutes straining desperately, twisting your index finger every which way, hoping to dislodge them. But that's my point. They are worth even that effort. Small, sweet, refreshing.

My next favorite is also a horrible choice of food for any woman over the age of eighteen. Cheese croissants... especially from Donut Wheel (Ben, if you read this... note the reverence). Flaky croissant on the outside, some indistinguishable combo of cream cheese, sugar and... come to think of it, I don't know what that mixture really is. Better not to think about it. Ignorance is tasty! (Errr... YUMMY!)

I suppose I have to mention 3 Musketeers... even though they are a rather nondescript candy, actually. But they aren't that bad for you. And that's a major factor now that my hips vary in width in direct relation to whatever I had for dessert.

Anything with filling is usually a keeper for me. Lemon filled donuts, McDonald's apple pies, Home Run chocolate pies (I believe those are or were my brother, Curtis', favorite, too. He'd eat them by the truck full when we were younger). Caramello candy bars and the boysenberry truffles we always pick up in Glacier National Park. The definition of YUMMY!

This entry wouldn't be complete without a tribute to See's. Jon isn't with me on this (one of the few major disparities in our relationship), but I looooooooooove See's Candy. Whenever I went to work with my mom when I was a little girl (on National Mother Takes Daughter to Work Day... now I go with her every other day... but the tradition has stopped), we'd make a lunchtime pit stop at the See's Candy across the street from her office in Redwood City. (Which we now refer to as "HH". We don't like her old office. Use your imagination.) It remains to be a fond memory and an easy way to gain a quarter pound on a Tuesday afternoon. Lemon truffles are my biggest weakness.

Honestly, I could go on. But my mouth is watering, as I'm sure yours is, too. Sleep calls. May your next meal be completed with a very YUMMY snack... and may you never be too proud to say the Y-word.