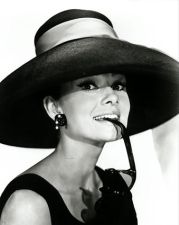 Some have labeled me a "movie snob". That's accurate, I guess, considering I have my own unwavering definition of a "classic movie". As cult classics go, I have my opinions. And while I adore The Breakfast Club , Molly Ringwald leaves much to be desired in my opinion. The real movie stars are John Wayne, Cary Grant, Katherine Hepburn, Joan Crawford and, of course, Audrey Hepburn.
Breakfast at Tiffany's is probably considered a cult classic, too. But I love it. In fact, loving that movie makes me less than a snob because I can look past the acting, the dialog... and I find the beauty of the plot. It's eternal, the search for self. So where do I draw the line?

Puppets. My friend Chris has attempted for some time now to convince me to watch Dark Crystal . But I turn up my nose at muppets. Can you blame me? I'm sure some people can. My own husband finds puppet humor hysterical. Though he did stop me from seeing last year's Team America , knowing how much I hate what I term "stupid humor".

Falling head-over-heels into the stupid humor category are movies involving excessive bathroom or bodily function jokes, slapstick, jokes at the expense of a mentally disabled person, etc. As you can imagine this means I can't stand Dumb and Dumber , Something About Mary , the three stooges or Adam Sandler (in a big, stupid category all his own).

Poor Jon. I mean, the man loves the Simpsons (the yellow ones, not the singing sisters...) and I can't stand them. Once in a very great while I'll cave and watch an episode with him. It makes his day. Thus, he has developed an excellent knack for knowing what I won't like before I have to say so. Until yesterday I think we both believed that this stifled his own movie-watching capabilities. And then something amazing happened.

I wanted to watch a movie. Jon fully expected me to choose something black and white. He's grown to love some of my oldies and no longer anticipates new ones with absolute dread, but there is still a bit of resignation on his part when it's time for me to choose the flick of the evening. But I wasn't in the mood for Bob Hope or Maureen O'Hara. A little surprising but it happens sometimes. Anyway, I'd been craving something all day.

I popped in my old VHS copy of Liar, Liar . You should have seen the look on Jon's face! Priceless. 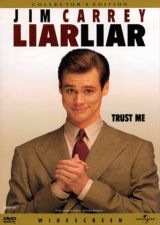 Here I must admit that I am no die-hard Jim Carrey fan. If I didn't associate burning books and movies with Hitler, I would personally take great joy in exterminating all copies of Dumb and Dumber, The Cable Guy, Ace Ventura (all) and Earth Girls Are Easy (though that movie was much more Jeff Goldblum's fault than Jim Carrey's). But I respect Carrey's talent most of the time. The Mask couldn't have been done without that rubber face of his! The Truman Show remains to be a favorite of mine. I couldn't take The Majestic , unfortunately, but it was a valiant effort at serious drama.
Anyway, Jon and I watched Liar, Liar and laughed until our sides ached. Just a good time. And that wasn't the end of the surprises. This morning our Tivo picked of Bill Murray's Groundhog Day . When I asked Jon to save it so that I could watch it later, he was simply stunned. So, for all those people who have deemed me to be a "movie snob" I give you a list of

So that's the ten I can think of now. One of these days I'll list my own top 100 movies of all time. The American Film Institute has done a fairly good job... but it underestimates the value of some smaller movies over the years. I underestimate no one. And that's why Barefoot in the Park makes the top 25 in my world. Yay for Robert Redford and Jane Fonda! 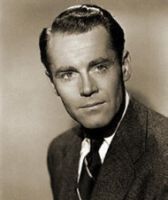 Hated her previous politics, but she's turned herself around. That's a great example of someone whose personal beliefs I look past in order to enjoy her films. Certain friends (Cindy) occasionally complain that I can't do that, separate the actor from the character. I admit that happens sometimes. But for now I'll use my Jane Fonda example (pausing to note that her father, Henry Fonda, was a much better and more important actor...).
Okay okay, I am a snob.