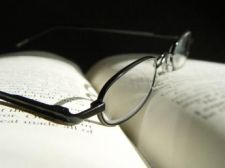 Today my Sociology class watched the videos of Milgram's obedience experiments back in the 1960s. Disturbing. How far will people allow themselves to go? How far will they allow themselves to be ordered to go? More disturbing because of its proximity to my own life, are the recent events involving prisoner abuse at the hands of American troops. Is this continuing evidence backing the findings of that study?

Unlike some people I've spoken to, the violations of prisoners at Abu Ghraib do not make me ashamed to be an American. I don't mind calling the perpetrators evil, disgusting, shockingly wrong. They deserve all of that and so much more. Even if they believed they were only "following orders", there are limits to what a human being should do to another human being when the former is not acting in self-defense or the defense of their loved ones. But we simply cannot pull away from our country because of the foolishness and ignorant cruelty exercised by a few crass individuals.

Nazis exterminated Jews, Saddam Hussein obliterated whole villages in Iraq, African tribes fight indescribably atrocious civil wars, and every historical conqueror since the beginning of time has left a legendary wake of destruction and violence. But we would be remiss to spread the net of guilt across entire races, countries or eras in these cases. You see, while the people involved with Abu Ghraib were Americans, they must be treated as individual criminals and punished accordingly. Because they are Americans, it is the duty of our government to carry out the punishment, setting an example so that this does not happen again. But it was not America as a whole that committed the crime.

I will not try to excuse these recent events by saying "it happens all the time" or "that's just the way war is". While true, these statements give a false sense of acceptance. Bottom line? People screw up. On their own. Most often in groups. This should be changed, soon and fast! But I am not wise enough to have a solution. Oh, how I wish somebody was.

But watching the video today made me think of many other things, too.

The men who acted as the test subjects were white males between the ages of 25 and 50 who volunteered for the study. After being given a simple set of instructions, these men sat down individually to carry out their orders: pose a question to another man seated in an ajoining room, give that man an electric shock if his answer is wrong, increase the voltage of the shocks each time the man answers wrong, don't stop until we tell you to. I watched this men do as they were told. Why shouldn't they? But as they increased the shock voltage a voice from the ajoining room protested.

The first subject looked exactly like the pictures I've seen of my Grandpa Edward Pancoast. I never got the chance to meet Grandpa Ed. He died a couple of years before I was born. And for some reason I know less about him than I do about any of my other grandparents. But I still love the man. I'm sure he would have loved me very much had he known me. Seeing this stranger who looked like a man I wanted to know (large and imposing, thick rimmed glasses, all business, a grandfatherly twinkle in his eye), dressed like him (suit and skinny dark tie, hat off when he entered the room), seeing him made my heart stop. How would this man handle this test?

Unbeknownst to the test subjects, there was no man in the ajoining room. All of the pleading and exclamations of pain had been prerecorded. But the fact remained that these men were being led to believe they were harming a fellow human being.

And so the first man took his seat and began the test. At 100 volts the voice called out from the other room. The man was instructed to continue. At 130 volts the voice asked to be let out, please, because he was being hurt. By 300 volts the voice was hollering and screaming, refusing to go on, begging for mercy. Other men had far surpassed this point, continuing the exercise (some doubtfully) in spite of the howls from the next room. Some test subjects took the voltage all the way through the progression, until the voice went eerily silent. That's why I was holding my breath as the man who resembled my grandfather was asked to stop for the first time by his alleged victim.

"Please continue the test, sir," replied the experiment leader. This was a scripted response. The "Experimentor's" job was to put the pressure on the skeptical subject. "The shocks are painful but not dangerous. You don't have a choice."

The man turned in his chair. "I do have a choice, and I will not go on with this experiment. You can have your money back. I was planning to give it to charity anyway. But that man over there," he nodded to the testing room, "has his rights. I will not continue this experiment."

I couldn't have been more proud if the man had been my grandpa after all. Human nature may not automatically assure goodness or decency. But some of us have an iron will that we use in spite of the pressures of life, authority figures, or even mob mentality. I'll never know the man's name, but I hope that somewhere his granddaughter knows that he was a strong, good person. And I further hope that my grandpa knows that I know the same was true of him.