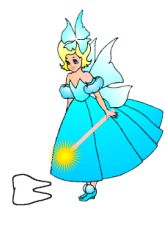 At 9:45am Jon called me from work. "You have a dentist appointment at 10." This was the first I'd heard of it. Apparently leaving Jon in charge of appointment making/reminders is not the best idea. So I scrambled to get ready. Brush teeth, get dressed, brush teeth, put on shoes, brush teeth, feed the cats, brush teeth, RUN!


One of the things I hate most about going to the dentist is the amount of time I have to lie there with my mouth open while a stranger takes her own sweet time scraping residue off my teeth. I hate the scenario even more if the hygienist remains silent the entire time. Not only does that make everything profoundly boring, but it also leaves me helpless, unable to keep from hearing the disgusting grinding and picking of metal on my precious enamel!

My dental hygienist's name was Gerry. She was wonderful! I mean, I can talk to almost anyone anyway... but she kept up a blue streak of conversation even when I was incapacitated and drooling. She spoke of her brilliant son and his career, his girlfriend, his thoughts on life. She spoke to me about marriage and love, giving me endless advice. "Learn to make soup; it'll go far if you're broke." "Do your Christmas shopping in the summer time so that you can spend your time off with your family." "My son wants to marry a woman who is willing to climb mountains with him."

This last bit of advice made me smile because, while she was speaking figuratively, that happens to be something Jon literally wants from me. As our Half Dome trip draws nearer, as I become more apprehensive, as more snow is dumped mercilessly on the Sierras... it helps to be reminded that I promised to stand by Jon's side for as long as I live. That means I have some climbing to do if he wants to stand atop Half Dome.

No cavities once again. Don't give me all the credit, though ('cuz I don't floss!). I'm simply California-grown, nourished with water that contains fluoride. Gerry made my semi-annual dentist trip less of a pain, but she also reminded me about several important things in life. (Including the necessity of that blasted dental floss!)

After my appointment I stopped to schedule my next one, all the way out in November! Cheryl, our pastor's wife, made the appointment for me. It's important to have friends in high places. Now, hopefully, I'll have more warning before the next visit. Perhaps I'll even have time to floss before I go.