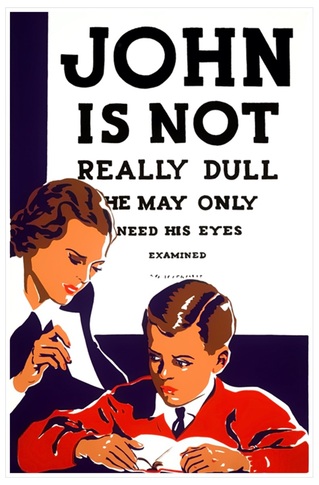 Suffice it to say that there's a lot of garbage out there on the interwebs. It's tough to sift through the majority of it to find the relevant, articulate, credible stuff. Social Media is sometimes the worst way to do it. Then again, social media guarantees that I--deep in my liberal bubble lined with back issues of The New Yorker--won't miss out on at least a few bits of priceless crap. Like this one: THE SEXODUS, PART 1: THE MEN GIVING UP ON WOMEN AND CHECKING OUT OF SOCIETY . Please don't click on it. You don't need to read it. Chances are it will offend you, as it offended me, and as it would offend anyone who believes that the ultimate goals of humanity should be love, respect, intelligence, and dignity for all.

For those who aren't aware of it, there's a movement that has begun to swell. It's a group, mostly men , who believe that the American way of life has been bastardized by the Feminists, and that the rights of men have been severely trampled by the advancement of women over the last century. These men rally. They march. They rant.

It looks, in fact, a lot like the very beginnings of the Feminist movement must have looked so long ago. Whiny and irrelevant. And we all know what happened there, so maybe we'd better keep an eye on these guys.

Or not. Because there actually is no deep Feminist plot to keep men down and put women in all the high places.

Which is one of the major differences between the Feminist movement and the, shall we say, Masculinist movement. When Feminists call for "women's rights," they're talking about rights which previously have been granted to men, but not women in equal measure. When Masculinists call for "men's rights," they're talking about rights which used to be theirs exclusively, and have been allegedly usurped by women. So, these are rights that the men want back.

What rights are the Masculinists talking about? For starters: American education has, allegedly, been so twisted by the Feminist "establishment," with the focus placed entirely and obsessively on the needs of girls, that boys have stopped being accommodated at all. This has, according to the Masculinists, led to a decline in male literacy, male high school completion, and male college attendance/degree acquisition . Teaching has been Feminized, and the poor little boys are suffering.

I'll grant you that the decline of male educational achievement is no myth, but the only way you can blame that decline on Feminists is if you simultaneously admit that women have never been the weaker sex... simply the dormant one . If you believe what these Masculinists are preaching, the only logical conclusion is that, the second women stood up to fight on fairer ground, men sat down. Which is ridiculous.

Unfortunately, Masculinist propaganda like this Sexodus piece manages to reach its intended audience: men who aren't part of that movement, but who due to personal circumstances and/or upbringing, believe they are entitled to more than they have actually earned, and are looking for someone to blame. These guys grew up watching Disney's Cinderella , too. But where the girls were being negatively saturated with the image of a helpless, stoic, beautiful girl who is rescued from her plight by a nameless prince... the boys were being negatively saturated by the image of a nameless prince whose only task was to ride up on the horse with a glass slipper to have the beautiful, silent girl throw herself into his arms. Now, we're reaping the consequences.

I love the marriage Jonathan and I have built. And there may be people out there who are surprised to learn that our relationship includes almost zero power struggle. We split the tasks required of us based on personal prerogative and aptitude. It could be that our conservative Christian upbringing has positioned us to maintain some kind of modern relationship hybrid in the liberal setting to which we've moved ourselves--including the best parts of love, sex, monogamy, fidelity, partnership, respect, and equality. Or not. Maybe it's all luck. But I'm writing this piece while barefoot, pregnant, and in the midst of sending my husband off to the office with a kiss... and I'm still a Feminist. And so is he.

The guy who penned this ridiculous Sexodus piece thinks relationships are hard, and he blames women. Oh, he'll admit that our video game culture has given boys an easy way out of learning the social graces that would make them sound candidates for normal, healthy human relationships, too. But mostly he blames women. One can see the bias of the piece right up top where the author quotes a male victim of our Feminized society who says:

"Marriage is dead. Divorce means you're screwed for life. Women have given up on monogamy, which makes them uninteresting to us for any serious relationship or raising a family. That's just the way it is. Even if we take the risk, chances are the kids won't be ours... Schools are engineered for women. In the US, they force-feed boys Ritalin like Skittles to shut them up. And while girls are favoured to fulfil quotas, men are slipping into distant second place... All that wouldn't be so bad if we could at least dull the pain with girls."

Wouldn't you agree that credibility is lost when the premise of a piece allegedly about the need for equality for all begins by placing "girls" in the position of a vice to dull the pain? Not human beings, but narcotics. Not equal partners in life, but commodities.

The friend who posted this article did so with an accompanying question: " Does anyone know if it has really gotten this bad? I will soon have 4 children, 3 boys and a girl, to raise. This sounds terrible for all my children."

No, friend, it hasn't gotten this bad. It isn't actually like this at all. And where it is like this is in the heads of men who are raised to believe they deserve more than they do.

Among my girlfriends I count an outrageously high percentage of women whom I would term Feminist, and not one of them would EVER sum up their expectations for men the way this guy claims Feminists do:

"It's not just preferable that you should fuck off, but imperative. You must pay for everything and make everything work; but you yourself and your preferences and needs can fuck off and die."

That's an absurd mindset for anyone of any sex to have, and it should be drummed out.

The Bible isn't wrong about relationships requiring strength and submission in equal measure; but there is a chance it's wrong (or has been taught wrong) when those measures are broken down into gender roles rather than a single cross to be borne by those in a marriage together. Each partner must throw his/her 100% into carrying it, and be willing (and able) to step up to take on more of the load when his/her partner falters. Why we would even begin to think it's a good idea to equip boys and girls for different tasks in a relationship is beyond me. In a marriage, reality requires four hands, four feet, two hearts, two minds.

What I hear in this piece is a man who, perhaps rightly, is feeling the pains of the squeeze that comes on when 50% of the world's population makes advances toward equality which were ILLEGAL in many countries within the last century. It's called competition, and most of these he-men who are calling for Men's Rights and shouting down the Feminists aren't willing to recognize that at all. Competition, which they adore when it comes to capitalism, they abhor when they are no longer the only sex with skin in the game. Competition has been man's domain so long, they don't recognize it when women have taken over the ring. And the very nature of competition dictates that the strongest prevail. If women are actually at the top now, as this guy and his Masculinist pals complain, that's evidence enough that women are the stronger sex.

Women aren't at the top, by the way. Far from it in terms of money, employment , or power . Right now, for the first time in history, women have grabbed the trophies in education, and that's what has guys like this up in arms. Why? I don't think it's too much to say that the people in the best position to recognize and react/overreact to perceived prejudice against them are those who have been perpetrating it for the last few centuries.

But here's the real irony of Masculinist tripe like this:

It's a man who believes in the classic, masculine definition of manhood, then has the balls (or lack thereof) to say, "Hey, the system which was rigged in favor of my sex throughout history has been changed to accommodate women now! It hurts! I give up! And the women who stepped in and made these changes are a bunch of angry, aggressive bitches! And they've been raised to see themselves as victims! And it's to the detriment of all! And they'll be sorry!"

This is what I'd say to guys like Mr. Sexodus:

Buddy, if that is honestly the way you feel, and if you honestly believe men are no longer getting a fair shake because women have taken the larger piece of the pie, then you should do what women did (over the last 150 years. Find a way to fight your way to the top within the current, prejudiced system, and then make change. Stepping back and saying it ain't fair is the world's most cowardly cop-out, and by doing it, you're the one redefining manhood in the negative.

One might even say they manned up. (That's right: Feminists have stolen your catch-phrases, too.)

For my part, I treat men and women with equal respect, and I speak up when I see unfairness in the world around me, particularly when I believe my presence and input can affect change. Which is partially why I decided to expend energy on this topic, though I know my opinions are not popular with anyone who might read the Sexodus "article" looking for real information.

As my husband pointed out, men who are threatened by changes in the system which benefit women over men are missing the point . What these men (hopefully) want is progress, but they want a progression that moves linearly. Progress that starts where it did (in a world historically dominated by and structured to favor men) and moves forward toward equality, closer and closer until it touches that magic, sweet spot where every person born has the same opportunities for success. But the system isn't a flat line on a foundation of bedrock. It's a see-saw. And when the weight shifts, in terms of education or power or wealth or sexual empowerment, the thing tilts. Sometimes it tilts over to a place where those who have been the victims of prejudice are suddenly the ones holding the cards, and this disenfranchises the group that previously had been in control.

This isn't a better state of affairs, mind you. Oh, the way the seesaw has tilted in regard to girls and women in education is better for women in America right now. (And, some might argue, when women succeed in education, the world is the better for it.) But no one decent wants to cripple the chances of boys in school.

Feminists like me want equality for all. This is possible, even as the seesaw tilts back and forth, granting and taking away fortune from one side or the other, until it evens out. A final wobble. And then there we'll be. Feminist. Human. Even. Fair.

Sidenote: The Men's Rights Movement is actually a lot scarier than I've made it out to be here ,
because I'm one of those militant Feminists who likes to give most men the benefit of the doubt.