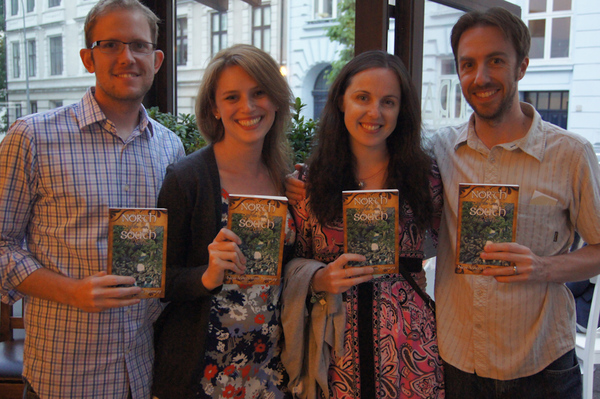 Photo: Jonathan and I had our best California buds in town with us this week, so they got to attend the launch party on Friday. A huge treat for me! See more photos from the party at the end of this post.

North of the Sun, South of the Moon: New Voices from Norway is the first anthology published by the Oslo International Writers' Group , and now you can own it in paperback! The following is the introduction to the book, which I was honored to co-author with OIWG's founder, Zoë Harris :

At sixty-six degrees north, there is an invisible line drawn around the globe. The line passes through only eight countries: Iceland, Greenland, Canada, the United States (Alaska), Russia, Finland, Sweden, and Norway. This is the Arctic Circle, a perforation between the Land of the Midnight Sun and everything below it, places where the sun will always set, at least for a breath. Such is the mysticism of the Far North. Polar bears lumber across the icescapes of Svalbard under endless daylight from April to August. More populated areas above the Arctic Circle also enjoy these "white nights", where a girl with a book can read the fine print from dusk to dawn without ever flipping a light switch.

It is an exotic concept. But, as always, there's a dark side.

The Land of the Midnight Sun cannot escape the inevitable Noon Moon. Twenty-four hours of daylight in the summertime; twenty-four hours of darkness in the wintertime. To cope, residents of Norway put up black-out curtains just to fall asleep in July. In January, light box therapy helps some fend of Seasonal Affective Disorder (SAD). We know two seasons: summer and winter; celebration and survival. These are things to which only people who have lived in-country year-round can attest, an invisible line which binds us together.

When the Oslo International Writers' Group (OIWG) formed in early 2012, the initial aim was camaraderie: to create a network of writers who could share and critique work, discuss writing as only writers can, and support one another in what can often be a rather lonely pursuit. Soon it became evident that the talent and ambition of this set of writers warranted a project, some kind of collective effort to showcase our work to the outside world.

We began with two themes familiar to every author in the collection: North and Adaptation. The writers worked with no other instruction than to interpret the themes as they wished, and let their own uniqueness shine through. We decided simply to write what we each love to write. Thus, the pieces in this anthology are as diverse in style and genre as the authors are in ethnicity.

The OIWG is made up mostly of expatriates--the eight authors in this anthology hail from Norway, the United States, Canada, Mexico, and Australia--so, some of the pieces in both sections reckon with the daring, delicate dance that is expatriation.

In Go North, Young Man Brian Talgo reveals the serendipitous trail of true events that led him to Norway from the Unites States, and in Orientation , Audrey Camp overcomes the disorienting effects of her first two weeks in Oslo by mapping out the new city she calls home. We find the same impetus in Zoë Harris 's short story Far North, True North , a presentation of two contrasting definitions of north for someone born far south of the equator.

But the stories inspired by the Adaptation theme explore far more than the literal adaption of newcomers to a country. They contemplate the human ability to adapt to changing physical, emotional and psychological environments, and what happens to those who don't.

In Tolerance , Chelsea Ranger tells the true story of Lizhong "Frank" Li, a Chinese refugee to Norway who was imprisoned for his religious beliefs and tortured by his own government. Mauricio Ruiz gives us Estrellita , a short story about an aging woman who takes advantage of the Norwegian custom of leaving babies to sleep unattended in their strollers outside cafés. Adaptation is a complex, sometimes cruel process, so we decided to end on an uplifting note with Bree Switzer 's short story Maggie's Farm , about a woman finding a way to let go of her pain.

Pieces which appear in the first section of the anthology, inspired by the theme North, also go deeper than the mere cardinal direction. We begin with a nod to the rich history of Scandinavia in Turn, Turn, Turn , Anna Maria Moore 's short story inspired by her mother's childhood in post-WWII Sweden. Going back in time a bit further, Evelinn Enoksen gives a chilling account of a band of Vikings making their way home after a battle that has almost wiped them out in Frost .

Pulling these short stories, essays, and poems together under a single flag was no simple task. It took more than a desire to help ourselves, or even to help each other. When someone suggested donating the profits to a charity, momentum truly began to build.

Utdanningshjelpen is a Norwegian-based charity which fosters education and literacy in Kenya, Ethiopia, Ghana and Mozambique. The organization's founder, Felix Osok, writes:

We are humbled by the generosity of the Oslo International Writers' Group, and its commitment to helping the beneficiaries of Utdanningshjelpen scholarship grants. These students will receive an education at both the secondary and higher education level, and hence be in a position to fully utilize their potential. This will, in turn, enable them to give back to the respective societies from which they emerged, and make them the new voices in those societies, to echo the title and content of the group's anthology!

In enhancing the right to free basic education as detailed in the United Nations' Human Rights Convention, article 26, we welcome the Oslo International Writers' Group as a collaborating partner with Utdanningshjelpen, and look forward to strengthening our ties in enhancing this noble cause.

In this anthology, we have included stories of life's light--personal transformation, friendship, and love--as well as stories of life's darkness--political persecution, kidnapping, and death. The members of the OIWG hope that you find this collection to be a thought-provoking and deeply moving reading experience. And remember, just as we who live in Norway must, that even when the winter feels long, the summer sun will rise again and hang there in the sky, defiant and dazzling, as long as it possibly can.

A few photos from our book launch party, hosted by Cafe Fedora on 7 June 2013. What an incredible night! See these photos and more in the Facebook album . 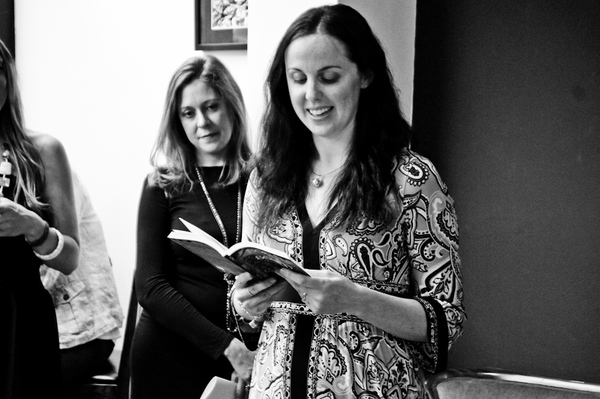 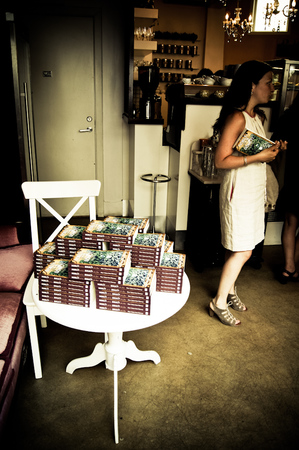 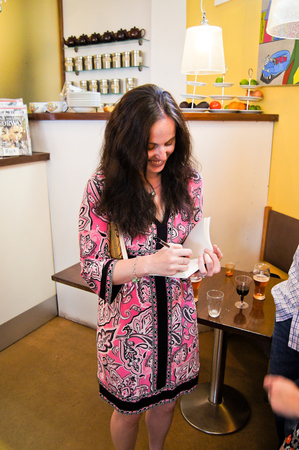 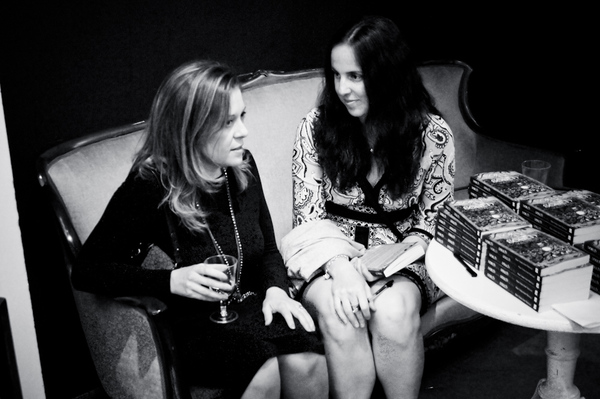