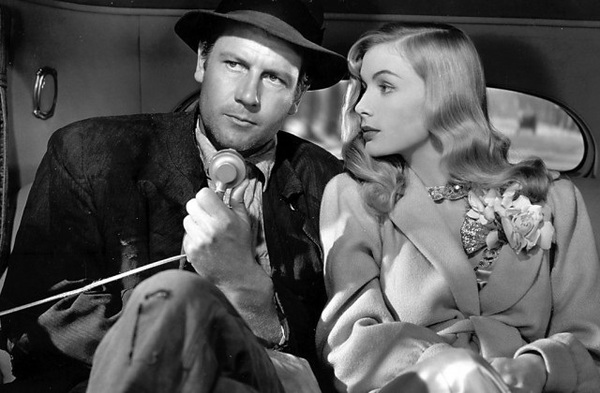 Lovers of movies and television can easily name their favorite stars. Those beautiful faces, those echoing voices. But the personalities donned by those stars onscreen, the words they speak, are almost invariably the inventions of someone else. Directors direct and producers produce, but every time you are moved to laughter or tears, whether watching the big screen or the small, it's important to remember the writers.

The best writers have their rhythms. I rejoiced when I heard that Gilmore Girls creator and writer Amy Sherman had a new show on TV (even if it is about teenage ballerinas), all because I've missed her rapid-fire, pop culture-riddled trademark dialogue. Then there's Aaron Sorkin, known for The West Wing, Studio 60 on the Sunset Strip, and, most recently, The Newsroom. His snark is golden. And if his name is attached a project, I can trust that I'll enjoy it, that I'll laugh aloud.

Today, it's Aaron Sorkin . Yesterday it was Preston Sturges .

In Sullivan's Travels (1941), a wealthy young movie director named Sullivan, affected by the realities of the Great Depression, wants to make a movie about all of life's hardships. He's met with the pushback of his producers.

Sullivan : I want this picture to be a commentary on modern conditions. Stark realism. The problems that confront the average man!

LeBrand : But with a little sex in it.

Sullivan : A little, but I don't want to stress it. I want this picture to be a document. I want to hold a mirror up to life. I want this to be a picture of dignity! A true canvas of the suffering of humanity!

LeBrand : But with a little sex in it.

Sullivan : [reluctantly] With a little sex in it.

This is the genius of Preston Sturges, the writer of Sullivan's Travels. Even in the face of strict media censors, he was able to talk about sex. While the roles of men and women in society were disparate, his female leads were the verbal equals of their leading men. And he could mock his own enslavement to the industry--forced to write comedies when he wanted to be serious--and thus, he managed to do both.

Sullivan's Travels includes one of the best Meet-Cutes in the history of film. Sullivan, at this point dressed as a hobo and on the road, attempting to learn something about trouble and poverty, enters an "owl wagon" (the vintage phrase for "food truck") and orders coffee. Veronica Lake, with her signature sweep of golden hair over one eye, offers to buy him some ham and eggs.

Thinking she's simply being kind to a guy who's down on his luck, The Girl (never named, because, as Sullivan later tells a policeman, "There's always a girl in the picture. Don't you ever go to the movies?") tells him that she plans to hitchhike home, now that her plans to "crash the movies" haven't panned out.

Sullivan : I don't like to think of you asking a bunch of thugs for lifts along the highway.

The Girl: Then don't think about it.

Like other films of the era, Sullivan's Travels is full of these slick one-liners. Joel McCrea, the broad-shouldered actor in the role of Sullivan, is melancholy, but fresh. Lake is delicately featured, but worldly and witty. But the point of the movie is far deeper than that. The grit of homeless shelters, soup kitchens, bodies hanging from trees, hobos sleeping in boxcars, is counterbalanced by the chemistry between Sullivan and The Girl (who joins him on the road). It is an examination of Depression Era life and values, and done in a way that is both palatable and memorable.

The Girl : Now I'm right back where I started. Just an extra girl having breakfast with a director. Only I didn't used to have breakfast with them. Maybe that was my trouble.

Sullivan : Did they ever ask you to?

Sullivan : Then don't pat yourself on the back.

Sturges was born in Chicago, the son of Irish immigrants, in 1898. He spent his formative years moving back and forth between Europe and the United States, dragged in the wake of his mother, a singer who refused to be bound by convention (she married three times). Perhaps his proximity to colorful, emotional characters on these adventures gave him the right kind of ear for dialogue; perhaps his own father's and step-father's melancholy contributed to Sturges's darkly comic view of the world. Whatever the case, Sturges broke into the movie industry in the 1930s, and he took the traditional (some would say trite) screwball comedy formula so prevalent at the time and twisted it into something new. Something darker. Something more timelessly funny.

As Sullivan says, "There's a lot to be said for making people laugh. Did you know that that's all some people have? It isn't much, but it's better than nothing in this cockeyed caravan." That's why Sturges's work lives on, because honest, observant humor is the one thing we all will always need.