And time marches on. This cool photo, taken from the heart of Oslo back in the 1880s (when it was still Christiania), looks from Stortinget (the Parliament buildings) down Karl Johns gate toward Det Kongelige slot (the Royal Palance).

It was originally shared by Visit Oslo on Facebook , a feed I definitely recommend following before you do visit or move to Oslo. When asked to point out what has changed in the last 130 years, commenters mentioned:

Though founded in 1048, when compared with other European capitals, Oslo seems quite new. This is both because the nation of Norway wasn't sovereign until the 20th century, and because a number of fires in the city destroyed so many medieval structures. Most buildings standing in the city today were built after 1850 ( the royal palace was completed in 1849 ), but there are a few notable exceptions, most located in Oslo's Gamlebyen (Old Town):

Construction on the castle began in the 1290s. Built to guard Oslo's harbor and town from attack, the fortress has successfully survived several sieges, first by Swedish forces, but also by Charles XII in 1716. It was, however, surrendered to the Nazis without a fight in 1940, after the Norwegian government had been evacuated from the capital. "After the war, eight Norwegian traitors who had been tried for war crimes and sentenced to death were also executed at the fortress."

In the early 17th century, the fortress was modernized and remodeled to appear more like a renaissance castle. Today, several museum exhibits are worth touring within its ancient walls, and Jonathan and I have witnessed more than one bridal party preparing to hold a ceremony on the grounds.

The Gamle Rådhus acted as Christiania's city hall between 1641 and 1733, then housed the Supreme Court. Today it operates as a restaurant , and the interior has been entirely redone. 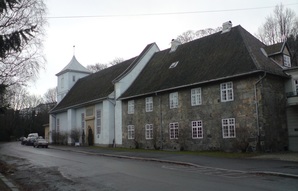 Sitting on the original site of Abbey Church, which was built in the late 1200s and destroyed during a Swedish attack in 1536, Gamlebyen Church belongs to Oslo University Hospital. The building you see today was finished in 1796, and is flanked by a "stone building" completed in 1737. But both have had to be rebuilt multiple times in the last 200+ years. It is one of the oldest operational churches in Oslo. 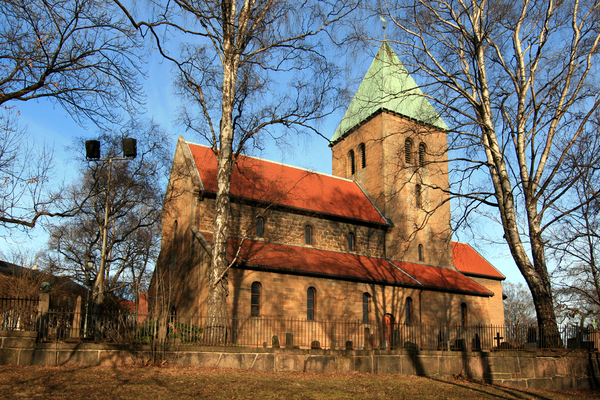 The oldest building in Oslo, this church is a Norwegian Cultural Heritage Site. It is located atop a hill in the burough of St. Hanshaugen, built above an old silver mine. The oldest part of the church grounds dates back to the 1100s.