On the Monday following the Olso bombing and Utøya massacre, more than 100,000 people converged in front of Rådhusplassen (city hall) to memorialize the victims and support their families. The crowd held long-stemmed roses which they raised to the sky in peaceful defiance again and again. It was, possibly, the most elegant, loving tribute I've ever seen. I took the video, below, with my iPhone, and there IS audio, but you won't hear a thing. It was as if everyone in the city was holding his breath.

When the speeches were finished, everyone walked away. We streamed back through the veins of the city, and along the way, we placed our roses. At the feet of statues. At the cornerstones of the parliament buildings (Stortinget), Oslo Cathedral, the Royal Palace. I added mine to a growing heap of flowers at the Eternal Peace Flame at Aker Brygge. Hundreds of thousands of roses blanketed the city.

It's not up to me, an Outsider, to say whether this defiantly peaceful response is a byproduct of the natural stoicism of Norwegian society. But these people are bred of generations who have thrived in the cold and the dark by drawing closer together. Their ancestors saw the rule of other nations, Sweden and Denmark, and outlasted Nazi occupation. This country has seen its share of adversity and woe.

It is up to me, as a writer, to observe the response and share it. Especially because the echoes of this Rally of Roses were so gentle and lovely. The next day, I walked through town and captured the aftermath with my camera. 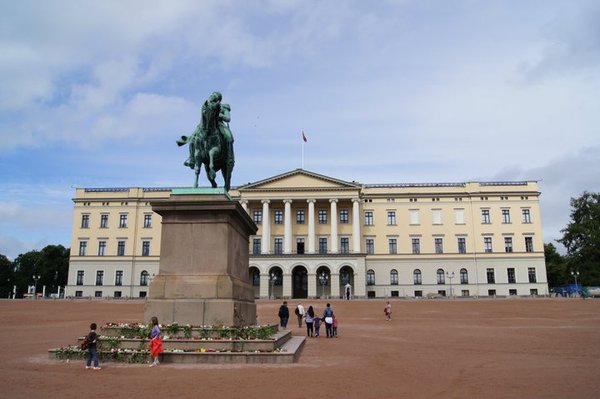 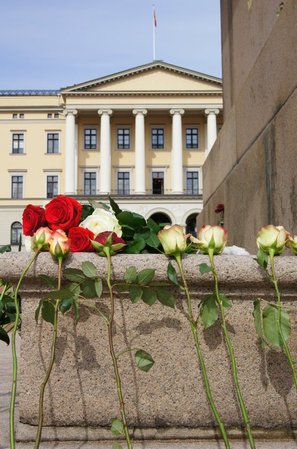 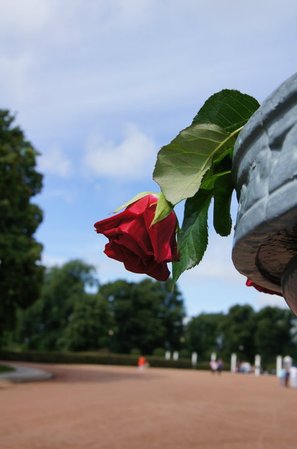 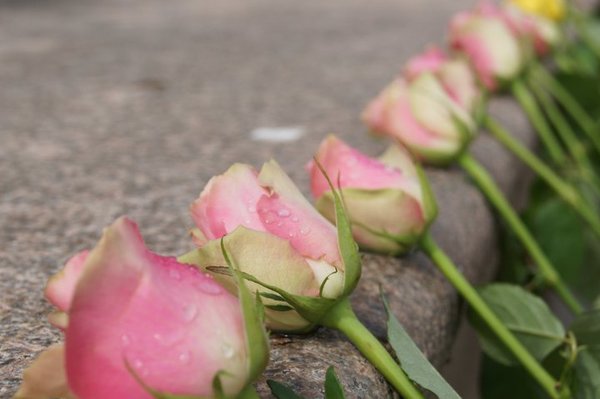 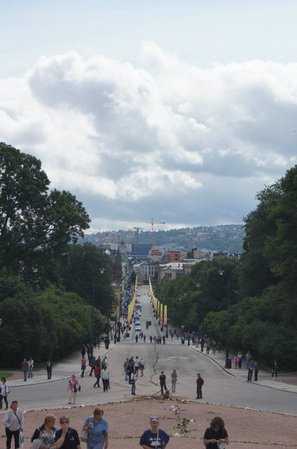 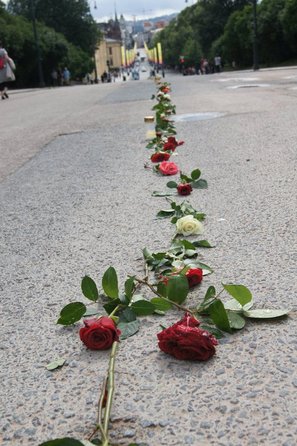 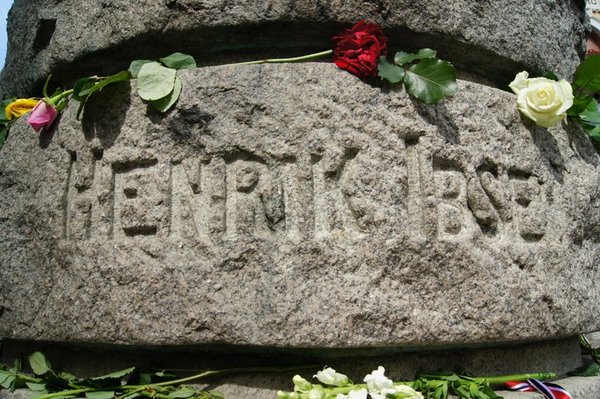 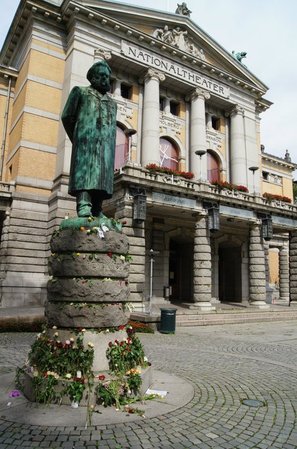 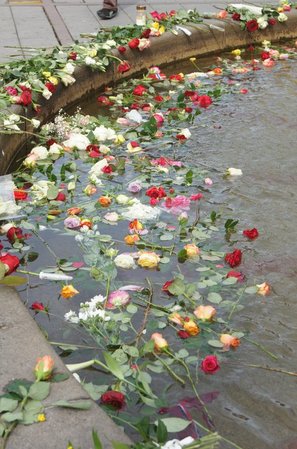 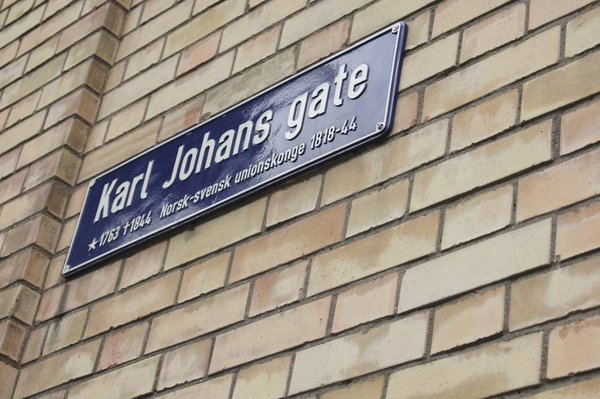 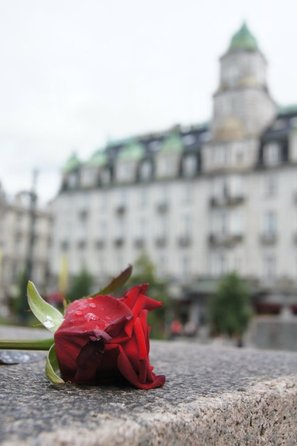 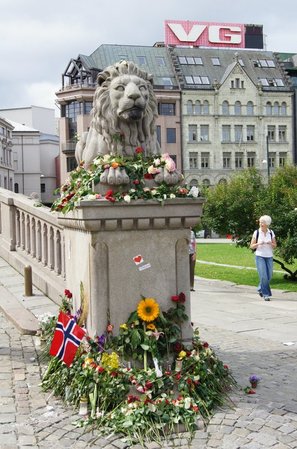 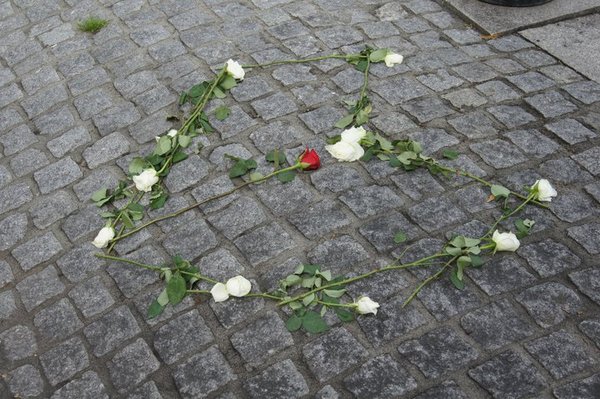 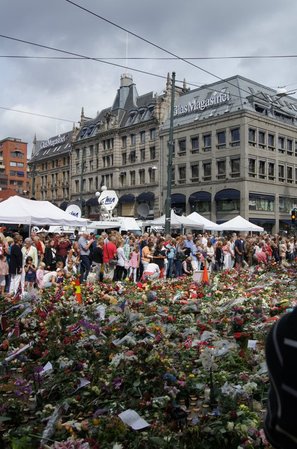 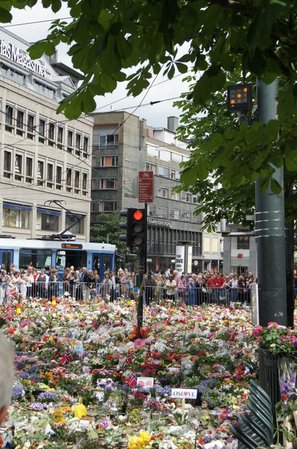 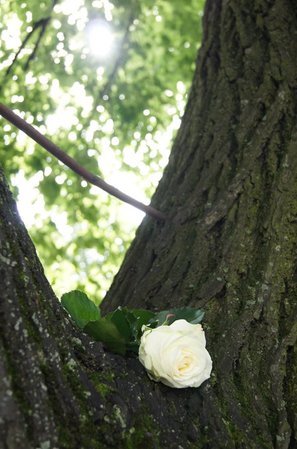 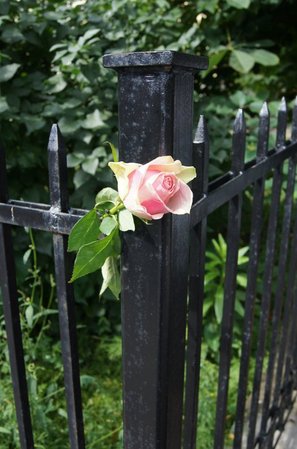 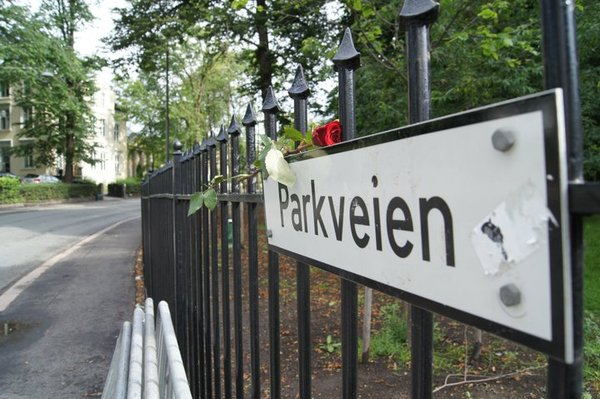 It has been a privilege to call Oslo home for almost a year and a half. I love living here, and I'm proud to play my own small part in making this one of the best cities in the world to live in: safe, quiet, unassuming, peaceful. On this one year anniversary, let us remember the victims and support the survivors. Let us bury the name of the perpetrator so that he and his disillusioned sense of glory receive no amplification or legitimacy in our pain.