Heredity - The transmission of genetic characters from parents to offspring, it is dependent upon the segregation and recombination of genes during meiosis and fertilization and results in the genesis of a new individual similar to others of its kind but exhibiting certain variations resulting from the particular mix of genes and their interactions with the environment. 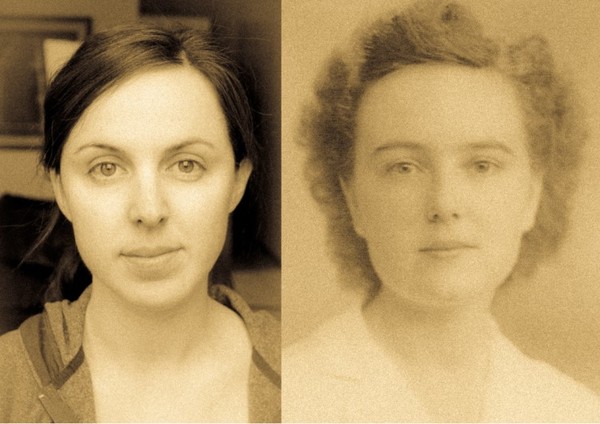 I woke up thinking about my grandmother.

She popped up in the middle of my essay on the evolution of Feminism yesterday. Since then I've been wondering which of her characteristics, good and bad, live on in me. Grandma Dot passed away almost three years ago, but I think about her often. On some days, I even see her in the mirror. She's there in my slightly left-upturned mouth. My high, pale forehead.

Some of the genes have pulled through. We may not be movie stars, but there's a capable, bookish, frankness, something trustworthy and approachable, behind my grandmother's eyes in this photo. It reminds me of something Bette Davis says in Now, Voyager as she cradles her young, emotionally damaged charge, Tina.

"Well, whoever wants that kind of prettiness, Tina? There's something else you can have if you earn it. A kind of beauty. Something that has nothing to do with your face. A light shines from inside you because you're a nice person."


Dot was an insatiable reader, an archer, a woman with a soft spot for the past (a genealogist). She was quick to talk to strangers, an eloquent listener, and had a charitable heart. I want to claim all of these traits as my own, too. Segregated and recombined. But maybe that's just wishful thinking. Maybe I'm entirely my own woman and there is no one behind me to blame when I fall short.

Either way, Grandma's beauty is the kind I want. She is missed.