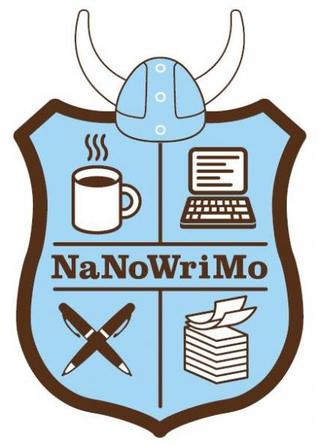 My mind might be breaking. I'm pretty sure I heard it crack yesterday. The office was silent except for the tapping of my fingers on the keyboard. I paused. I considered all the writing I'd done the days before and all the writing I had yet to do. And my mind broke. The sound was like paper being pulled from a spiral-bound notebook, ripping the edge into a messy fray, or the creaking split of a log after a spot-on hit with a freshly-sharpened maul. (Shoutout to Ben Lear for the analogy assist!) Seriously, I heard it echo from the center of my brain.

Why? Because I'm writing a lot. More than ever before, in fact. Like any other exercise, it feels impossible and unnecessary before I sit down at the keys and refreshing and relieving when I finish and get up to walk away again. It might be hard to believe, though, since my blog seems comparatively quiet. Sorry about that. I only have so much writing mojo to wring from my own imagination, mind, word bank, fingers. Recently, I haven't been letting it out here, but I thought you might like to know what it is I have been writing...

This is the biggest piece of the last submission of my third semester at Lesley University. Like a Craft Annotation on steroids, it's twelve pages of analysis on a single element of craft. After a lot of deep reading and re-reading I finally came up with my thesis:

The first-person memoir seeks to accomplish many things. If it is successful, the narrator acts as a guide on safari, a conduit of culture, an ambassador to a new society, and a foreign correspondent. Her story is both captivating and relatable, a feat accomplished by pushing herself one step further than pure story-telling. The author acknowledges that she is driving the getaway car. She purposely breaks through the boundary of the page and brings the reader along for the ride through the occasional, precise, and sometimes surprising use of the second-person point of view.


Then I pulled quotes from some of my favorite books, both those assigned during my time at Lesley and ones I have read on my own time this year, as well as a past favorite. My sources (all excellent reads that I highly recommend):

As is usually the case in essay writing, once I have chosen and transcribed the appropriate quotes from these master writers onto the page, I am inspired to nurture my own writing around them, like a gardener gently prodding her own vines up and around a sturdy, reliable trellis. It took several hours, but I came away with a solid essay on an element of craft which I intend to use in my own writing for years to come.

For years I've heard about this writing event. Every November. Writing friends remind me about it, assuming that I would jump at the chance to be forced into a mandatory word count to churn out a work of fiction. Finally, those friends were right. I've spent the last year and a half immersed in non-fiction. I eat, drink, breathe, and sleep memoir. And I can't deny that, after a while, writing about myself and my own life gets old. Boring. Stale. Predictable. I know me better than anyone, and I constantly find myself looking back over my own self-centered blog entries and saying, Why on earth would anyone else care about this? I sound like a pompous ass.

It turns out that the cure for any tried and true non-fiction writing pompous ass is to pry her away from the mirror and force her to make up stories about other people. Talk about an exercise in humility.
The point of NaNoWriMo is to adhere to an almost arbitrary word minimum every day so that you are able to wake up on December 1 with a manuscript of 50,000+ words, a first sweep, a novel. Thousands and thousands of writers are caught up in the NaNoWriMo chaos right now. And I've happily drunk the Kool-Aid, too. While I've met the minimum required word count (1,677) every day for the past four days, though, I have to admit that the writing hasn't been excellent. Far from it. But already I've had a few encouraging moments.

I couldn't see my brother clearly from my distant spot at the crossroads but I could picture him as though he was standing beside me. Butch was taller than me already, though I was two years older. Skinny in a way that promised strength and size in five years time. If he had come with me to wait for the bus, he wouldn't have said a word except Goodbye. He wasn't one to talk about love. Though after Mother's room was empty again I once found him there, sitting on the bed. He had pulled her blue quilt up into his arms, wadded up in a thousand thick folds. He had rested his cheek against the fabric and closed his eyes. I didn't touch him. When he was a little boy, he hated to be touched. If I tried it, tousling his hair in our pew at church, he'd take a swing at me. Though he'd outgrown that habit, I still couldn't bring myself to wrap my arms around him. It's one of the reasons I didn't say goodbye.

The bus slowed down, wheezing and crunching on the pavement, pulling between me and home. There was a tremendous hissing sound and the doors unfolded open. The driver looked down at me over his nose, his eyes shaded by the brim of his blue hat. I reached up to grab the handle and pulled myself up the steps. The coins plinked into the consul and I took the first empty seat. The gray and red seat fabric scratched the bare backs of my arms. The bus jolted forward and I twisted my head to get one last look over the field.

Butch was running across the field toward me, knee deep in the baby grains, long, pink arms pumping in the morning light. He was just close enough that I could see his mouth was closed, lips tight and drawn. His nostrils flared. His eyes were the color of the quilt I'd left folded on my bed in the bedroom I wouldn't see again for many, many years. With a last groan the bus pulled back onto the road from the shoulder and the cloud of dust hung in the air, blurring the image of my brother and the rest of the past I was leaving behind me.


Once I sit down at the keyboard I don't allow myself to get up until I've reached the word count. I barely allow myself to lift my hands from the keys. Momentum is paramount. I just keep writing. Even if I end up repeating myself. Which seems like it would be cheating, but I've decided it's not. This early in the process, I'm trying to find a genuine, consistent voice for my narrator. The search means stumbling upon speech tics, accents, colloquialisms that make her comfortable. Repetition is a necessary evil. (And there will be revisions... ten million revisions, edits, and shredding parties in my future.)

I've made peace with the fact that, because this is my first real shot at a novel and I'm true, drooling amateur, the narrator will likely sound a lot like me. Still, I know enough not to sit back and rely on my own voice entirely. She is already an important character to me, someone separate, with a heart of her own, a family history, motivations that are the product of another time and place. Soon, hopefully, she will also develop her own mind.

So what, exactly, is my novel about? I have my foundation, sort of, and it's a pet idea of mine, something I've kept with me for many years. My precious. (Yup, LOTR fans. That just happened.) My NaNoWriMo profile says:

When the Japanese attacked Pearl Harbor in 1941, some of America's most daring and enthusiastic young women were already serving as nurses at forward posts in the Pacific, particularly Manila. Their jobs and expectations changed overnight. No longer were they guests in paradise; they were thrust into war. This is their story. ((Insert Law & Order ker- CHUNK sound effect here.))

It's historical fiction based in the era nearest and dearest to my heart. And amazingly, I actually feel qualified to write about it. I've done the research (and will continue to do it for many years to come) and I know the period in a deep, personal, cross-genre way. Whether I'm talented enough as a fiction writer to do justice to the stories of the young women serving on Bataan and Corregidor is another question. A question it will likely take me more than one November to answer. But NaNoWriMo has given me an excuse to get started, so I'm sticking with it. Even if I never get around to publishing this book, I want to have written it. Letting my passion for this topic go dry in a vase would be the real regret.

So, that's where I've been spending my time recently. Just me and a couple of deadlines. If the blog is quiet this month, that's why. And yes, I would appreciate your good vibrations, prayers, and encouragement. Knowing there are people out there who want me to write on, write on, write on is what keeps me going each day. (It might also keep my mind from cracking all the way through the middle which, obviously, would be much better for my overall health. Thanks in advance!)