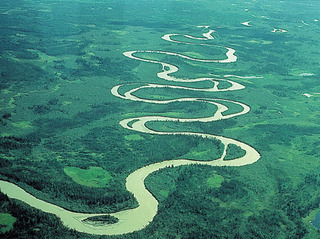 Tuesday nights, several young women and I get together at a local coffee shop for fellowship and coffee and a chance to vent and lean on one another. It's a group which is ever evolving, changing locations, changing members. We've discussed books by C.S. Lewis and Lauren Winner, chapters from the Bible, watched one another grow... and we've debated some of the big theological questions. The biggest among them seems to boil down to the idea of predestination .

Time after time, we arrive at the doorstep of this idea. I am on one side; the rest are on the other. I am alone in my current belief that God knows and knew and designed it all and will not be thwarted by our own selfish plans. I am alone in believing that reason and time do not apply to God at all, that He exists above and beyond and outside and in every other way as an exception to the rules by which we mortals, His creation, are bound.

Anyway, we debate this. In particular my dear friend, who doesn't mind meandering with me through these discussions, debates this with me. I posted the first installment of our written dialog about the concept earlier this month ( Meandering - Volume I ). This is her rebuttal. (My points are in bold, and her responses follow.)

The grandest change of all was, of course, the new covenant of Jesus' blood...

We need to look at the idea of the "old covenant." I'm assuming you mean the implementation of the Ten Commandments and Levitical Law? But you could also mean the covenant God made with Abraham, or Noah for that matter. Regardless of which Old Testament covenant you look at, I'm not sure how I see how the old changed in relation to the new. Blood atonement was always needed in regards to sin. That did not change because Jesus came. What the covenant with Jesus did was simply to make the continual sacrifices unnecessary. He paid the price. He fulfilled the prophecies harkening all the way back to Abraham and Isaac on the mountain. I don't think the God of the Old Testament looks different than the God of the New Testament.

God may be Love, but I'd say it's very trendy to believe that is all He is. With the resurrection of Jesus, the New Covenant was defined by Love and a Commission. But God was around long before that covenant...

God is love in the Old Testament and the New Testament. Are there unfortunate events such as Pharaoh, and did hundreds of other people from different tribes or people groups die throughout the Old Testament? Yes. But I think we look at all the blood, gore and death in the Bible and forget to read the back-story and history before the wars and battles.

The latter half of the Old Testament is all about God's relationship with Israel and how He is dealing with their disobedience. (Side note: the words "disobedience" and "obedience" imply a choice on the behalf of people. Otherwise it would not be obedience; we would be functioning as robots, mindless zombies, etc.) The God I see in the Old Testament is one who loves His people so much. They are worshipping other gods, they live in complete sin with no guilt, and they continually turn their backs on Him. What else is it but love that would cause God to plead with his people through prophets to change their ways? What else is it but love for God to, instead of smiting the people who are ungrateful as he says he is going to, deliver them from the punishment He declares against them?


In this way, God can be both merciful and vengeful. (Justice, I'd like to point out, is not the opposite of Mercy)...

Herein lies the dilemma. I don't think that God knowing everything and deciding everything are the same thing. Just because God knows what we are going to do does not mean that we aren't choosing it. I also don't want to rule out the possibility of God limiting himself in order that we might have free will. God limited himself to the form of a man, is this the one and only time God can/will limit himself? I don't think so. You also forget that in the case of Nineveh, they actually had to decide/choose to turn from their lifestyle and repent. THEN God chose to spare them.


He is a jealous God, but He knows who He will and will not have in the end...

Yes God can and most likely does know who He will and will not have in the end, but it would not be within his loving character (and love, whether or not you agree that it defines God, at least is a part of his character) to create people with the sole purpose to go to Hell. Christ died for the world. I agree that God was, is and will be. And since I believe that is true, I also believe Jesus did not just die for those living with him and those in the future, but also for those in the past. If Christ died for the world, then they all had to have a choice. Otherwise he only died for a select few and those verses about the Christ's love for the world are crap and should be omitted. If he only died for a select few, then we cheapen grace, and I struggle with that.


Hebrews 13:8 Jesus Christ is the same yesterday and today and forever...

Touché. I immediately feel that writing instead of speaking is a hard thing because I don't remember to explain what I mean to say... And that is, I don't know where it says that "God IS unchanging." The emphasis making the statement a little different. His purpose has not changed, I totally agree with that. His desire is for us to know Him and live with Him. To take part in relationship with the Father, Son, Holy Spirit. That has not changed. Also I was toying with this question: Why does God changing His mind mean that He also changes in character?

I look forward to answering her soon. She makes good points. As similar as we are, our approach to these issues differs enough to make our discussions useful. And at the end of the day, this issue is not "salvational." We agree on the most important points... that Jesus Christ is the Son of God, that He sacrificed Himself so that we may have eternal life, that neither of us is righteous, but that both of us have chosen the Way, the Truth, and the Life.

You may not agree with me, but isn't it amazing that we live in a country where the posting of these thoughts and views to a public forum is not only allowed but protected? That we, young women, are encouraged to think and to study, to take stances and stick to them? Some places in the world, none of that would be possible. But here, we've got Liberty on our side. Isn't life good?