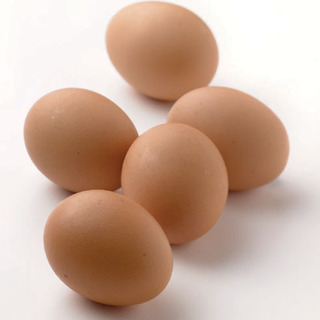 I don't eat eggs. If I can see them, smell them, or taste them in a dish, it's not a dish for me. This aversion began at 6th grade science camp. My cabin was on breakfast duty... twelve twelve-year-old girls rubbing the sleep out of their eyes and stumbling into the kitchen for their assignments. Mr. Fuller, a jolly man with prematurely white hair who smelled like pipe smoke, handed me a grand, gaping aluminum bowl and tasked me with the cracking of six point two billion eggs.

One of the members of the kitchen staff, a boy with a ponytail that swung to his waist (and not a hair net in sight!), led me to my portion of the countertop and asked if I had cracked eggs before. I turned to give him a witheringly incredulous look. Of course I had cracked eggs! Who did he think I was?

But he was cute. My hands tingled and my slender arms warmed and went pink. I had recently found myself at that lovely, painful dawn of womanhood whence a girl begins to be affected by the physicality of boys. Immediately, I redirected my eyes from his sweet, freckled face to my shoes.

I considered what Paulette Goddard might do if asked such a condescending question by such a handsome young man. I knew, of course, that the brash, witty brunette starlet would flirt. Oh! And then she'd regain the upper hand by humbly allowing herself to be taught and then revealing her skills after the fact... like Greer Garson as Elizabeth Bennett in Pride and Prejudice (1940), besting Mr. Darcy with her bow and arrow only after he assumed her ignorance of the sport and physically placed her fingers on the feathered end of the arrow, "Like so."

The be-aproned adolescent male spoke, and his still changing voice interrupted my daydream. Back to the kitchen.

The former Sir Lawrence Olivier picked an egg from the Styrofoam crate next to him and demonstrated the age-old art of cracking it... tapping it twice on the edge of the counter, watching the shell crack on the first impact and then splinter with the second, before lifting the leaking object over the basin and pulling the halves apart. He looked at me as the first egg plopped into the bowl, lonely, "Like so."

I stepped up to the counter. Choosing the next egg in the crate, I knew he was watching me. I felt the blush rise up my spine from under the collar of my t-shirt and tickle at my neck and behind my ears.

What if I dropped the egg on the floor? On myself? On him??? What if I allowed pieces of shell into the bowl with the yolks and whites? What if I sneezed in the eggs? What if this Challenge of a Million Eggs was the one thing standing between me and the love of my life??? (Cue mood music.)

I resolved to rock at egg cracking.

Around us were the rest of the girls from my cabin. Michelle and Corey were setting tables. Lin and Pan were filling baskets with bread slices and rolls. Eliza restocked the refrigerator with juice boxes. My best friend, Kalena, was supposed to be scrubbing pans which had already been used to make French toast and pancakes, but I could see her preening and eyeing herself in the reflection of the window above the sink instead. (She was the early bloomer of the group, wore a real bra and lipstick, shopped for jeans in the juniors department because she already had hips. We ran track together in junior high. When I ran, boys wanted to beat me; when she ran, boys wanted to run behind her. And ever since her twelfth birthday, she'd been posing and making kissing faces at any surface that shined.)

I cracked an egg. Ponytail Boy nodded at me, sufficiently impressed by my prowess, and went to supervise someone else. Soon I was in a groove, swiping an egg and smacking it to a rhythm which snapped happily along in my own head. Egg after egg plunked into the vat of oozing membranes and embryos. (This was science camp, remember.)

After a while, the monotony of the motion coupled with the gross feeling of gelatinous egg white sliding through my fingers began to get to me. I was bored. What could spice this up?

That's when Sabrina (1954) popped into my head. I had the movie memorized. Audrey Hepburn, the lovestruck daughter of a wealthy family's chauffeur, travels to Paris to attend a famous culinary academy. This move is meant to teach her the skills to make her own way in the world, of course, but also to distract her from her infatuation with the family's younger son. (Thus far, she's failed to recognize her father's edict that in life, as in a limousine, "There is a front seat and a back seat, and a window in between.")

At the cooking school, there are several funny glimpses of Audrey's culinary struggles, such as a soufflé which fails to rise (predictable considering that "A woman happily in love, she burns the soufflé. A woman unhappily in love, she forgets to turn on the oven!"). But she also cannot master the one-handed egg-crack maneuver demanded by her instructor. ("One-Two-Three-Crack! It's all in zee wrist.")

Perfect! I decide, on Egg No. 5,413, that I will not leave the kitchen until I can crack eggs with one hand. It would be a great achievement!

I imagined I was clad in a black boat necked shirt and black ankle-length pants and black flats... I wished my hair framed my face in the dark, pretty, pixie-esque way Audrey's did. Mine, though also cut boy-short, on a good day appeared more like Sigourney Weaver's in Dave ... Or John Travolta's in Grease .

Much of my childhood was spent floating in a world woven of my favorite bits of history and my favorite lines from movies and my favorite strains of music. Like a jungle canopy, that world sheltered me from the initial impact of most troubles. This time was no different.

The baby chicken was twisted and lumpy. Blue. Blue from sinewy legs and toes to the magnified cranium to the blasted, big, blue eye. It stared at me from its place at the surface of the vat of eggs, accusing and two-dimensional. A Dali painting.

My gasp was strangled and squeaky and drew the attention of Mr. Fuller. He appeared beside me, massive and radiating waves of sweet tobacco odor. A grin spread across his face and he adjusted his glasses as he said, "Audrey, you are very lucky. This almost never happens!"

Suddenly, the great bowl was swept up off the counter by his giant hands and the dead baby chicken was out of my line of sight. I was woozy. Mr. Fuller strode through the kitchen and into the dining area to display my find. "You see, kids? Remember how we talked about fertilization? This egg was ferrrrrr-tilized ."

One girl with a pinched face and perfect blond hair wrinkled her nose in disgust and asked, "Where did you find that?"

Ever the benevolent leader who always gives credit where credit was due, Mr. Fuller balanced the bowl in one palm and swung his other arm in a huge, purposeful arc towards the kitchen. "Audrey Pancoast found it!"

Blondie flipped her hair off her shoulders and responded, "THAT is disgusting."

Her disdain was as thick and clear as the eggs whites which had spilled through my fingers all morning. Now, not only had I been literally eye-to-eye with death, but I was Dead Chicken Girl. It meant I was Mr. Fuller's darling, but simultaneously there was a new wall between me and my peers.

I shook my head, blushing with shame, all daydreams of a perfect recipe for love beginning in a camp kitchen dashed, and walked back to my cabin. Skipping breakfast was no trouble at all.