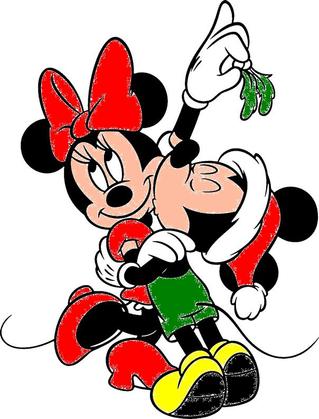 One May day in 2003, my then boyfriend Jonathan Camp suggested a spontaneous trip to Disneyland on a Friday morning.

According to him, I had only to say, "Yes!" and then pack a small bag before our drive down.

I informed my parents (much to their initial chagrin... after all, I'd never gone away with a boy before), threw clothes and a toothbrush into a backpack, and ran out to the front porch to await Prince Charming in his red Jetta.

Jonathan and I had been dating about five months, though I think we'd both agree our love affair had begun prior to that, nurtured by debates at Bible study, flirting sessions after church, etc.
I don't remember much about that drive, our first 6+ hour stint in a car together, except that we talked and talked and talked and then, when it didn't seem possible that two people could have more to say to one another... we talked some more.

When we arrived at the park, pulling into the giant Mickey & Friends Parking Structure which was brand new to both of us, Jon could hardly contain his excitement. I have a slightly blurry photo of him hopping up and down, pointing toward the tram stop, making a goofy face. It's a favorite photo of mine: my happy, excited little boy, about to share Disneyland with his true love for the first time.

That was more than five years ago. And this weekend, we completed our 25th trip to Disneyland!

People ask me sometimes, "Don't you get bored? Isn't it exactly the same every time you visit?"

Nope. We're never bored. And the park definitely does NOT stay the same. For example, on the first night of the aforementioned first visit, it was raining. The night air was heavy with moisture. We ran into the park and straight to Pirates of the Caribbean... no wait! And then Haunted Mansion... no line! And then Small World... no line!

Then there have been times when traffic controls have been put up inside the park to deal with enormous crowds. Being part of oozing masses of people isn't exactly our idea of a good time, but we have learned where the solitary pockets of peacefulness can be found and enjoyed... and people watching at Disneyland is exciting! Folks come from every part of the world to enjoy the magic of imagination colliding with engineering.

Together, even though we've been to the park 25 times, we've only been on Small World thrice. Once that first night. Once over Christmas 2006 as part of a tour (during which we got priority seating). And once this trip; the whole ride was recently refurbished and just reopened in time for the holidays.

There are, of course, things we do every time.

And of course, we hit our favorite rides. Pirates is at the top of that list (when it was closed for a Jack Sparrow update in 2006, we went through withdrawal pains together). Space Mountain is a must, though interestingly, it was closed for almost 2 years right at the start of our relationship, so we didn't ride it together until 2005. Indiana Jones is mandatory. Etc. Etc. Etc.
The thing that keeps us enchanted, however, is that we always find something brand new to do.
Like this time around... we rode the super speedy lookin' new Monorail. On trips past, we've decorated cookies in front of the fire station, taken a couple of excellent tours, purchased front row tickets to Fantasmic (the package included hot cocoa and chocolate covered strawberries), stayed at the Grand Californian (that was on our honeymoon), and in August of this year we ran the Disneyland Half Marathon in the park.
Now, you won't believe this, but there remain to be rides which Jon and I haven't been on... yet.

We'll get around to them eventually. It's simply a testament to how much there is to do in the park which warrants repeating! And new rides are opening frequently, as well.

We drove down in April of 2006 specifically to experience the Tower of Terror in California Adventure Park. The Abe Lincoln Theater on Main Street was overhauled for the 50th Anniversary and now shows a fun film about the history of Disneyland, narrated by Steve Martin. Buzz Lightyear's Astro Blasters is outrageously fun and quite contentious when you get two competitive souls like Jon and me in the same car. This year, the classic submarine ride which has been closed for eons was reopened with a Finding Nemo theme and excellent special effects.

Plus, the park adjusts for the seasons, especially for Christmas. Last year we were fortunate enough to come during the Candlelight Processional down Main Street, a extravaganza which included a giant choir singing traditional carols and a reading of the Nativity Story by Jane Seymore (Dr. Quinn, Medical Woman).

On another Christmas trip, we took a Holidays In Disneyland tour which circumnavigated the park and pointed out all the tributes Disney makes to each of the winter holidays. I'd highly recommend that one! And every year, The Haunted Mansion is done over with a Nightmare Before Christmas theme that is completely zany!

Jon and I have held Premium Annual Passports since that first trip in 2003. I remember thinking about how extravagant it was of my boyfriend to make such a purchase so early in our relationship... but he had incredible foresight. Not only did we go back in June that year, but then in November of 2003, on a Saturday we'd planned to visit the Exploratorium in San Francisco, he surprised me under the high, noble, pink arches of the Palace of Fine Arts by informing me of a major change in plans.

He knelt before me and asked me to join him on a lifelong adventure! According to him, I had only to say, "Yes!" and slip on the beautiful Tiffany diamond ring before hopping back in the car and speeding to the airport. He was right. It WAS that easy.

Less than a year later, we awoke on the morning after our wedding and drove to the airport. People honked at us and gave us thumbs up all around as they read the Just Married which was scrawled on our back windshield. On the flight down, the attendants presented us with champagne and congratulations. We arrived at the Grand Californian and found an autographed photo of Mickey and Minnie in our hotel room. In the lobby, I signed my name for the first time as Audrey Camp.

We've seen Sleeping Beauty's castle decked in garlands, ornaments and lights for Christmas, repainted in blue and white for the 50th anniversary in 2005, and this year we walked through it for the first time in almost a decade as it has been reopened with a new Sleeping Beauty storytelling attraction. (Another FIRST for us.)

In celebration of our 25th trip, Jonathan took me to the castle on Sunday and kissed me 25 times. As we strolled around and through and in front of the castle with Christmas music playing in the background, he paused every once in a while and gave me a sweet and wonderful kiss. My my, but I do love him.

And for us, since we've been to the park this many times and we always know we're coming back soon, we can relax and avoid the exertion of trying to do EVERYTHING. We're almost never in a hurry, and we notice little things that other people might not.

Fantasmic, for instance, is one of our favorite events of every trip. The crescendo during the finale always gets me emotional. But we've been witness to the impressive evolution of the show (technology-wise) even over only the last five years. The special effects have been bettered year by year. Lights are brighter, remote controls are more precise, details are tweaked. While the rest of the audience is impressed and take the show at face value, our enjoyment is enhanced knowing that the Disney Imagineers are living up to Walt's original hope... that Disneyland would never be complete... that as long as there is imagination in the world, Disneyland will be growing and moving forward.
And it is! The technology utilized in attractions today (like Turtle Talk with Crush... an incredible interactive interview with Crush from Finding Nemo) would blow Walt's mind. But the original appreciation for color and spectacle can still be found everywhere. There is a 45-minute Broadway calibre performance of Aladdin at the Hyperion Theater in California Adventure. Tinkerbell still glides across the park, illuminating the castle as she flies by, suspended from a zip line which begins at the top of the Matterhorn.

I don't know when we'll be renewing our Annual Passports (they expire in March). Altogether, in 2008, we came to Disneyland six separate times. That's 50% more than we do in a normal year. Apparently 2008 was stressful. It may be a few months before we go again... or the whim may strike us at the end of a particularly long week. Whatever the case, our penchant for spontaneity appears to jive easiest with this quick flight to L.A. and hours spent wandering through the Magic Kingdom.

Jonathan Peter Camp, I love you and I am eagerly looking forward to Trip 26 and to Trip 50 and all the Trips in between. Merry Christmas, Love.