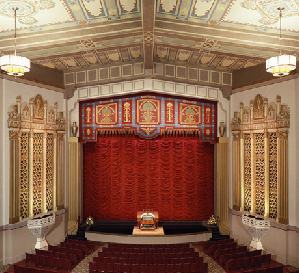 It's that time again to shed my shoes and lounge in the grass, languishing in the evening heat and loving Summer. It is a time of festival and freedom and fireworks and friendship.

This weekend, the Livermore Rodeo is in town (indeed, the fastest rodeo on earth!). The Alameda County Fair will begin its three-week run on June 20. Before we know it, Independence Day will dawn, and with that comes the Cedar Grove Community Church BBQ (not to be missed) and the incomparable athletic antics of the Pancoast Family & Friends at the Fourth Annual FOJSBO (Fourth of July Scar-Belly Open).

Pssssst. Hey Dad, don't feel bad that you lost last year. You're old. It's okay. And yes, Jonathan and I will be hoisting our giant 2007 FOJSBO Champions trophy and flaunting it that day. I am the master.

Of course, summer is a terrific time to travel. Along with the inevitable and exciting camping trips to Yosemite, Jon has a conference in Las Vegas in August, and I'll be joining him to party down on the weekend. We're also hoping to hit the Bear Valley Outdoor Adventure Camp in August for the second time. Last year we had so much fun! And, of course, Jon and I will be celebrating our 4th anniversary in August with a trip to Disneyland.

But along with these sentimental rituals, summertime brings a brand new 13-week classic film festival at my mecca: The Stanford Theater in downtown Palo Alto, CA.

I highly recommend it as a destination for friends, lovers, families, all. And this Summer Fesitval, running from June 7 to September 2, promises some of the best classic movies of all time!

How To Steal a Million - 1966; A favorite of mine, starring Audrey Hepburn (in all her crazy 60s glory) as the chiding, doting daughter of an infamous painter whose specialty is forging famous works of art. Enter Peter O'Toole (a very good looking bloke), a detective out to expose the fraud... and a chaotic heist plan ensues. Very colorful.

Charade - 1963; It's a murder mystery or sorts. Audrey is cast opposite Cary Grant (who refused to take the part unless the dialogue was tweaked so that Audrey was the one coming onto his character the whole time... otherwise, he felt he would be perceived as a "dirty old man"... bad for the the classic Cary image.) Pretty bad special effects make it more kitchy than classy, but still fun to unravel.

The Road to Morocco - 1942; One of the infamous "Road Pictures" starring comedy duo Bob Hope and Bing Crosby. I love and have memorized ever one of these. Black and white, a definite vehicle for Bing's singing. Dorothy Lamour is the love interest, as usual. You'll need to appreciate the quippy, one-liner style of Bob Hope... and I'm his biggest fan, so I'm a little biased, but I do love this movie.

Breakfast at Tiffany's - 1961; This iconic 1960s romantic comedy is not everyone's cup of tea. George Peppard is an excellent character foil for Audrey Hepburn's flirty, flighty Holly Golightly. Basic premise: an occasionally poised, lovely young woman lives an oddly-funded life, alone in a spartan apartment except for her unnamed cat... her mindless wandering takes an introspective turn when she befriends with the gigolo next door.

Roman Holiday - 1953; My favorite movie. Period. Audrey Hepburn is a European princess who wants a break from the hyper-scheduled, protected lifestyle which is all she's ever known. One night, on a visit to Rome, she slips out of the palace in search for some normal-people fun. And she bumps into an American reporter, down on his luck and yearning for a ticket home. Exciting, romantic, wonderful views of Rome. And one of the best onscreen kisses in film history. It should be noted that this was Hepburn's first American movie, and she won an Academy Award for her performance.

Singin' in the Rain - 1952; The musical of musicals, set in the late 1920s. Bring on the flappers and the stars of silent film... the best of the best, the ones who really walk the walk! But wait... when The Jazz Singer hits theaters in 1927 and makes movie history, those same silent stars are in danger of losing their jobs unless they learn to talk the talk. Gene Kelley waltzes through the rain with an umbrella... a biproduct of his new love for darling songbird, Debbie Reynolds. Of course, Donald O'Connor is quite the entertainer, too.

Father of the Bride - 1950; The original tale of fathers, daughters and the fiasco of paying for the perfect wedding (while praying for the perfect marriage). Spencer Tracy is in his element as "Pops" to young, beguiling Elizabeth Taylor's "Kitten." And the supporting cast is invaluable to every joke, every point the movie is out to make. A fabulous comedy. (Remade in 1991 by Steve Martin).

All About Eve - 1950; A movie about the drama of the "legitimate theater." Bette Davis is Margot Channing, the best in the business, but she is feeling her age and her self-instituted isolation from friends and men. And when Eve Harrington (a glowing Anne Baxter) shows up on Margot's doorstep with an offer to help, to be her best friend and closest confidante, Margot takes her in. Think: Serpent in the Garden. A fantastic look at relationships and how far a person will go to be successful. (Marilyn Monroe has a very small part, originally uncredited.)

My Man Godfrey - 1936; An air-headed upscale debutante, the spoiled daughter of a New York banker, discovers a homeless man living in a dump and decides to rescue him... whether he wants her to or not. William Powell, best known for the Thin Man series, is excellent as the reluctant "protege" butler, trying to survive life in a house of wealthy eccentrics. And the twist is who, in the end, does the rescuing.