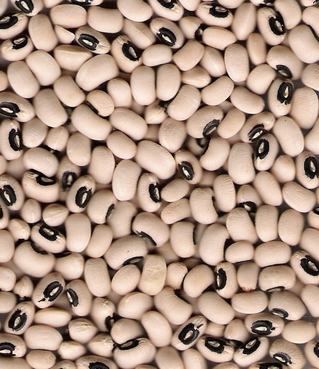 Preface: The video described within this blog posting is heinous and hard to watch. It turned my stomach. For that reason, along with the reason behind my thesis found herein, I ask that you do not seek out this video. It's unnecessary, at best. At worst, it has the potential to spawn other similar acts of violence among our youth.

Recently, six teenage girls in Florida were arrested after allegedly luring a fellow student to a private residence and then proceeding to beat the young woman until she lost consciousness. Twice.

Described as "animalistic" by the media, this beating was documented on video by one of the assailants. So, it isn't really "alleged" at all. It's fact. Faces, names, addresses. A girl was beaten bloody by her peers... and now we can see it happen.

You see, this video is evidence of more than the crime itself. It is evidence of intent. YouTube was the goal. The cheerleading squad took issue with something a fellow student said on MySpace ... and, instead of ignoring it or confronting the issue with the involvement of principals and parents, decided to pummel the perpetrator until she begged them to stop. And then some.

In an alley? Behind Wal-Mart? In the Weinerschnitzel parking lot? Oh no.

"If we do this, we need the proper lighting... that way we can put it on YouTube and get a million hits! Tiffany, how about your house?"

No really, that was the plan.

Ignorance is the perfect climate for the mold of violence. Only a stupid girl would be moved to violence because she was insulted on MySpace . Only an idiot would record her own crime on video and then want the world to see it. Only the most ignorant people are unable to comprehend the necessity of basic humanity in every instance. Hitler, Stalin, Hussein, countless slaveholders throughout history, school shooters... and now a Floridian high school's cheerleading squad.

Today, the six defendants, looking less peppy than usual in matching orange jumpsuits, were in court. And one of the defendants, the youngest at 14, giggled during the pronouncement of her bail. Apparently, $36,000 in exchange for her (hopefully temporary) freedom is just plain funny.

Funnier still is that, by this time, the video had been leaked/sold to the media and was getting plenty of airtime. Mission accomplished, ladies! Your disgusting display of depravity is up for the world to see.

Our media, ever shameless, has been playing bits and pieces of the video, each network flirting with the fine line between riveting and revolting. Remember, please, that these are the same networks that broadcast the details of the Columbine High School massacre in 1999, keeping the names of the pathetic murderers in bold print for weeks following the atrocity... and potentially fueling the similar desires of other put-upon adolescents. Go ahead, guys. Get a gun. Pretend your high school is just another map of an FPS (First Person Shooter) game. And you'll finally be famous!

Fame... today it's more important than education, friendship or recognition for legitimate personal achievement. Fame at any cost.

One interesting byproduct of the all the coverage this story has received is that the households of each of these girls have been receiving hundreds of angry complaints and phoned-in death threats from, get this, people all over the country .

Yup, the video was posted and America saw it. And, shockingly, America was ticked off.

But America shouldn't simply be outraged. It should be very much afraid.

This was no scrap on the playground, out in the daylight for teachers to see. And this wasn't outside a mall where security guards could interrupt the melee. This was not the result of in-the-moment, mob mentality (as will most likely be argued in court if these girls don't plead out and get sent back to school to enjoy their prom). This was calculated, cruel and cold. This was senseless.

This was a show.

And the victim of this attack is lucky she didn't die. That's what's next, after all. Right now, amid the zillions of videos of "my kitty being cute" and "girls in bikinis washing sports cars" and "my brother wiping out at the skate park," it appears that home footage of violence is popular. Supply and demand. It's rare, morbid and an apparent crowd-pleaser. In the quest for popularity, people are now willing to hurt other people for the sake of ratings. So, how long before that gets boring? And when will homemade snuff films become the new exciting hit of YouTube or a site like it? ThrillKillTapes.com? MyFirstMurder.com?

New self-promotional tagline will be added below each video:

Love it or hate it, please rate it... and then please sign the petition that gets me out of prison!

Stop watching the video in question, please. It feeds their cause. In some twisted sense, it's exactly what these scummy little morons want: for America to be disgusted over and over and over... all the while chalking up their score on YouTube .