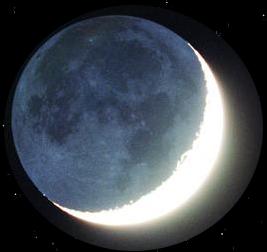 A friend of mine, intrigued by a minor glimpse into my complicated system of religious beliefs, recently posed some questions for me via email. He called his questions both "quick" and "rhetorical." They turned out to be neither.

So, I thought it would be more efficient to post my response here (rather than sending my friend a perilously long response via email and potentially having to explain all of this again someday to other interested parties).

Last night, I mentioned that I had all but blasphemed at a recent meeting of my bible study group, by saying I choose to read the Old Testament (OT) of the Christian Bible as a metaphor. I also cited a few of my specific issues with the OT. My friend challenged my statements in a variety of ways... and this is the response I came up with:

I do not doubt history insofar as I recognize that it has long been transcribed by the winners. The underbelly of past politics, past wars, past revolutions, ugly or not, is often exposed despite historical accounts once taken as absolute truth. That being said, I do not doubt the historical context of the Bible. Slavery, oppression, famine, and ethnic cleansing... it all happened. And it continues to happen.

What is important to remember is that the Bible is not a complete history. The focus of its content is centered on a very narrow portion of the world. While we have archeological evidence that human beings existed all over the globe during Biblical times, there are no stories outside of the Middle Eastern zone. Our culture today is global, and the well educated have no choice but to view Life through a much wider lens.

Cancer, AIDS, poverty, starvation, political corruption, the plight of women in third-world countries... there is no denying the existence of any of these. And I have never denied the smiting and smacking going on in the OT. I absolutely believe that people were stoned to death for minor infractions, an unfortunate byproduct of man's unquenchable drive to control his fellow man. I absolutely believe that women were treated like animals, like property, disposable. I also believe that epileptics were burned alive, thought to be possessed; and people with congenital defects were left to starve and rot, thought to be unclean. I do not reject that evil happened (and happens).

However, as the context of the Bible's version of history is sufficiently narrow, I believe the OT cannot correspond directly with my life today. The facts of history in the pages of the Bible are true, but it is imperative to remember that they are fragmented. If I am forced to find relevance in the OT, I can only match it up with my life in a metaphorical sense, and even then it has its shortcomings.

My concern over the substandard (at best) condition/position of women throughout history has been called "small". And my answer is that prejudice against women is the one of the only persecutions which has withstood the test of time, laws and changes in global moral climate. It is also the only persecution which has existed in most every chronicled race and ethnicity in history. Women have been systematically belittled, disenfranchised, abused, and stripped of all rights in every corner of the world. (Just ask the wives of the kings' advisors in Daniel, who were pitched into the lions' den as retribution for the errors of their husbands... or the young women in Iraq who are put to death as a punishment for being raped .)

This male dominance thing was originally, perhaps, the result of an evolutionary pattern which paralleled survival with the presence of testosterone and an ability to hunt. But there cannot be a master without a slave... and as the value of intellectual power increased across the planet, so did man's determination that he would only be able to maintain his precious right to control by denying someone else that same precious right.

At one point, slavery was the norm, a way for one tribe to assert its power over another. But that morphed over the centuries through feudalism and indentured servitude, even sharecropping in some sense, until finally the global community called it wrong. Granted, there are sections of the world where slavery continues, but these peoples are in the minority and most certainly would be condemned for their antiquated, cruel practices in any world court. Racism still exists, but the pendulum of prejudice has narrowed its range, and the "minorities" are now in a position to leverage the rights they should have had all along. Religious persecution continues everywhere, but the power struggle has been exactly that... a struggle. Each major religion has a point of origin, a haven, and has had a day in the sun.

Yet, the status of women has never been a "small" problem, not even in relation to the rest of the atrocities which the world has faced. Look to India, Afghanistan, Russia... the problem will never be small. Which brings me to the contention that there are "bigger" reasons for wrestling with God...

Since Calgary, God has permitted every bad thing to happen which was going to happen. This is the price we pay for free will, or at least a condition of living which appears to be the result of our free will. We cannot thank God for the good and then chastise or abandon him when faced with adversity. To have a perfect world, we would need to give up our own sinful, selfish intentions and place ourselves in the hands of God, allowing Him to be the Perfect Puppeteer.

None of us are willing to do that. Not really. We want the wheel in our hands. And so, God "allowed" the Holocaust. He "allowed" sadistic rulers to come to power and wage war on entire cultures.

My problem with God has nothing to do with what he permits ; it is the fact that God sanctioned the plagues, the ethnic cleansing, the treatment of women as the property of their husbands and fathers in the OT. That's what pushes me into the theological boxing ring. In Isaiah, God says the He is the one who causes every catastrophe. The OT God might just as well have been any other configuration of the minds of ancient men, a guy to blame for the bad stuff, a guy to explain the origin of everything beyond mortal comprehension.

I have never once called myself a theologian, and I am wary of people who ascribe titles of this sort to themselves. I am a woman who, in my personal consideration of God and faith, wants nothing more than to sort out my own path in relation to the people making their paths around me. In my life, God is a necessity, and I thank Him every day for my free will. But those who claim that God is unchangeable are wrong.

He gave Eden a shot; it failed. He wiped out the planet with a flood. He laid waste to entire civilizations while empowering a select, arbitrary few. And then, when all the lambs' blood in the world couldn't keep order amongst his flock, He sent Jesus.

Whether each step was a small part of his overarching plan, whether his overarching plan has not yet come to fruition, I don't care. The fact is that the course as we know it... changed. Changed multiple times, in fact. Today I believe God does not value any one human being over another. But God then , the feared OT God, had a favored ethnicity and, what may be worse, a favored gender.

Every person on earth, Christian or Atheist, comes up against the problem with pain. It is my contention that the Old Testament histories are irrelevant to my life in relation to my struggles with our current, merciful, self-sacrificing God -- if taken literally. I don't deny what happened; rather, I choose to focus on what is happening in our world today and what I can do to help.

After all, shouldn't that be the way of a modern Christian, applying the principles of the New Testament God for the betterment of mankind.