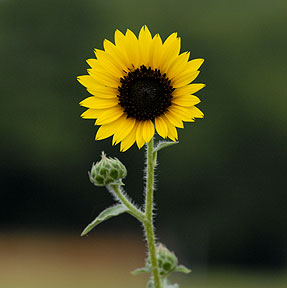 Autumn air reminds me of so many things. The scents mix and mingle and tackle one another, jerking the memories out from their rightful places in my very organized adult mind.

Football. The way we played every Thanksgiving. Knowing the exact moment to release the oblong ball so that the final finger flick set into motion the most coveted of spirals. The hard shell of ball in my hands, stinging when the weather was cold enough. Ignoring the sting and pulling the ball into the crook of my elbow, up near my ribs, cradling it like a baby. The stretch behind my knee as I pushed for the endzone, the invisible line running the width of the parking lot in which the boys and Dad and I played a thousand games. Buttonhooks. Ted's hands, too big and soft for him the rest of the time, were in perfect sync with that ball.

Porch swings. Something we never owned. We never even really had a porch. But on real houses (distinguished in my mind from townhomes, like the one I grew up in) had wide, yawning, lazy porches. And people who could enjoy leisure time often kept porch swings. The creak of those swings, the tapping of the lounger's foot as he rocked himself back and forth in time with the fall breeze, is something I cherish.

Pencil shavings. When school made its triumphant return in September (I was one of those geeky kids who was dying for summer to end so that I could be in the midst of books and learning and the sound of chalk on the board), we always made a supply run. And beyond the notebooks we bought (meticulously selected for cover design, inside pockets and college-rule lines) it was the pencil sharpeners I craved most. I loved the sound of the wood being shaved away by the blade tucked inside. Once I had a sharpener in the shape of a victrola. That has to be my favorite to this day. And once the point was sharp, I found myself melting into something resembling ecstasy when I heard the scratching of the graphite on the paper on my desk. Heaven.

Fights. School pulled all of us kids, freshly wild from our summer-long hiatus, back into a yard together. A single space with fences. And that's where the fights broke out. I got in my share, but it was innocent at that age. Just fists and knees and grasping, tugging fingers. Teachers kept a sharp eye out for the bullies, but mostly it was just two stubborn kids believing they each had the right to a certain swing or kickball. Blood tasted like copper. Scrapes stung, but we walked it off, deciding it was simply sound evidence that we were alive and kicking. There were better things to do than cry.

Stories. When night began to fall sooner, and the air was too cold for tag or hide and seek, we would find ourselves indoors after dinner. That's when the stories would begin. Dad would read aloud. Or Mom would tell us about her day at work. Or I'd make something up to entertain my brothers. This could go on for hours. It was communication and love and learning at its best.

I'm sure I have more fall memories, but I can't fit them all in a single entry. I'll give it another shot later this week. In the meantime, you can find me any October day with my face turned toward the sun, soaking in my own memories, like a sunflower.