Jonathan's new climbing helmet is lime green. He fits the strap under his chin and clicks the buckle into place. He smiles. This is his most recent toy, puchased today at REI in Berkeley. At the store, I found it hard to be enthused by the process of hunting for a helmet. Jerry Seinfeld's jokes were running my mind...

"There are many things you can point to as proof that the human is not smart. But my personal favorite would have to be that we needed to invent the helmet. What was happening, apparently, was that we were involved in a lot of activities that were cracking our heads. We chose not to avoid doing those activities but, instead, to come up with some sort of device to help us enjoy our head-cracking lifestyles. And even that didn't work because not enough people were wearing them so we had to come up with the helmet law. Which is even stupider, the idea behind the helmet law being to preserve a brain whose judgment is so poor, it does not even try to avoid the cracking of the head it's in."

And it wasn't funny in the aisle at REI. My precious husband, the man I live for, the one who makes everything funny and fun and worthwhile, was studying a selection of safety equipment because he was planning a potentially head-cracking outing for Monday.

Now he is reading the helmet manual while seated on the couch in our loft, prodding the plastic and adjusting the pieces. To him it is simply necessary. It does not carry for him the implication of danger which it carries for me.

Earlier today, the two of us made our annual Easter Egg Dyeing trip to my folks' house. Each year we use Mom's eggs, Mom's pots and pans, Mom's food coloring and counter space for this activity. It began before we were married and never migrated to our own house. What can I say? It's tradition.

At any rate, while there, Jon mentioned his forthcoming outdoor climbing expedition to my dad. Dad was silent and then, smirking, directed his attention to me.

You're letting him do that?

Letting him? While Jonathan respects my opinions and definitely weighs in the effects his behavior/hobbies have upon me, I am not in the position to forbid him the right to any activity. As intelligent, caring adults, we want what is best for one another. As man and wife we put the needs of our spouse above our own. But, aside from forbidding me to eat a second donut at Starbucks (as I would almost always do, otherwise), Jonthan does not dictate my behavior, and I do not dictate his. 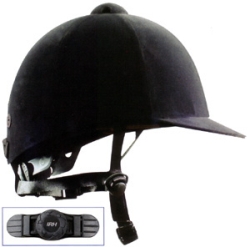 I answered, I'd stop him, but I have no leverage. Christopher Reeve took it.

For the past nine months or so I've been taking English riding lessons at Highland Riding School in Dublin. This hobby also requires a helmet. And I've taken a fall. Jonathan has been incredibly supportive of my desire to ride, though the thought of me ever jumping competitively shakes him up a bit. Again... he's not "letting me"... he's "supporting me".

That Golden Rule will get you every time.

Now Jonathan is walking around our house with the helmet on. It's goofy, and he knows it. Just trying to get the feel of the equipment I suppose. Bonding. Learning to trust the plastic and padding. I want to give the helmet a pep talk/ultimatum. You've got one job, buddy. Bring him and his brain home safely. But, as the helmet is made to withstand a beating, I realize that my ultimatum lacks an "or else". I guess I'll skip talking to the inanimate object.