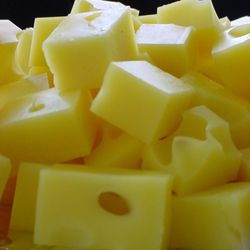 Today was a tired day. It also turned out to be a Walmart day. I breezed through the sliding doors at Walmart and was greeted by an elderly, toothless gentleman in a blue vest, four separate times . Inexplicable. But the trips were necessary. This was the first chance I've had in months to scrapbook, and I had fallen so far behind! The last time I sat down to record the fun, memorable events of my life was in November! Early November!

Disneyland inspired me. We'd taken loads of pictures, most of them very colorful, as we had spring-like weather for most of our visit. At Walmart (and then at Target... how I got there, I don't know... it was all in an arts-n-crafts haze...) I purchased a few cute stickers and a variety of colored cardstock. In my brain swirled the many different templates and themes for which each page had unlimited potential!

Geeky? Give me a break. I wasn't worrying about grammar or punctuation or reworking a flimsy thesis. And, after a while, my creative mind was jump-started. Just the outcome I'd been hoping for.

You see, recently I've been suffering from major bouts with Swiss Cheese Brain (SCB... this is a self-diagnosis). Symptoms include short term memory loss, a lack of motivation, an inability to call up the correct words during conversation... or, in the most serious of cases, during everyday thought processes.

For example, I spent half an hour coming up with the word "articulate" the other day on the tram ride into Disneyland. Poor Jon. He sat there smiling at me while I expounded on the importance of a child's linguistic education beginning in the home. It happened in the midst of a sentence like this one:

Eventually, it is the foundational experiences of conversations with parents and older siblings that whets an individual's capacity to _______________ his thoughts during heated or otherwise animated conversation.

Okay, so I probably didn't say that. It's the kind of thing I might mean to say, and it's definitely the kind of thing I would write in a term paper to emphatically make a point. But, as a victim of SCB, what comes tumbling out of my mouth is invariably akin to the following:

That's right, I said "eloquate," which is not, in fact, a word. But that's what us SCB sufferers do when we're backed into a verbal corner. Try and understand before you judge my Seussism, that inventing pretend words is a last resort. It is very difficult to be an eloquent person, and then to find oneself paralyzed mid-conversation and drained dry of all intelligent-sounding words. I hate that. (Right now I can't think of another word for "intelligent-sounding," and it's killing me!)

Today I worked with pictures and markers and double-sided tape to preserve memories of holidays with family, birthdays, vacations and the like. Sometimes pictures are easier to deal with than words. I'm honestly floored that I was able to write this much for the blog this evening. Thank goodness I had something to say!