Okay, this will be quick because I'm trying this new thing called "GOING TO BED AT A REASONABLE HOUR". Anyway, tonight Jon and I went out with some pals to see a new movie. Two words: Batman Begins. That's enough. Go see it. I'm not kidding; it's the best movie I've seen in a long while that can't be classifed as a chick flick. Even if Christian Bale all grown-up and not-a-newsie isn't enough for you, throw in Liam Neeson ("If you make yourself more than just a man, if you devote yourself to an ideal, you become something else entirely."), Michael Caine ("I haven't seen a walk like that since Jurassic Park."), and Morgan Freeman ("I love being the wild card."). Yeah, that's right, good, solid acting. Even Katie Holmes did well. But I loved that the movie made this story as believable as possible.

This turned out to be a movie review.

But this was an altogether terrific day. Jon and I had a wonderful Saturday together. It's lovely to be in love. I actually started the day off with a run around my neighborhood. You can't be any more surprised than I was. And I guess I should own up to the fact that it wasn't so much "jogging" as it was "running intermitantly during a walk". Be that as it may, I think it really got the whole day off on the right foot. 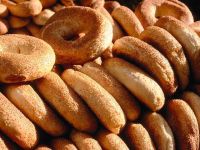 We went out for breakfast, bagels from Noah's. Then a long, calm game of Go at Panama Bay Cafe (Amyless, unfortunately). Jon wore the shirt I bought him the other day, and boy, did he look handsome! I'm a lucky lady. And we were matching, both sporting Banana Republic clothes, mostly blue. We're disgustingly cute sometimes. After a stroll around downtown, popping in and out of antique stores and galleries, we hurried home so that I could get ready for work.

But I didn't have to work today, as it turned out! A nice surprise. Instead we hung out at home, did a little grocery shopping, ate Chinese for dinner. Jon wanted to watch "Backdraft", you know, the old firefighter movie. Kurt Russell is pretty cool, but I hate most movies that contain a Baldwin brother. Half way throught the movie we got the invitation to watch the beginning of Batman and we jumped at the chance.

Tomorrow I have an early morning meeting at work, but the day is free to celebrate my dad. He's a pretty darn cool guy, too. Also Jon's dad, grandpas, etc. Oh, and Jon himself. No, we're not giving out that kind of news. Check back with us in about ten years. But our kitties call him "Dad" so... that counts, right? Awwwwwww. My advice to all? Check out "Batman Begins", skip "Backdraft" completely, shop at Banana Republic and tell your dad how much you love him tomorrow!

So much for going to bed at a reasonable hour...