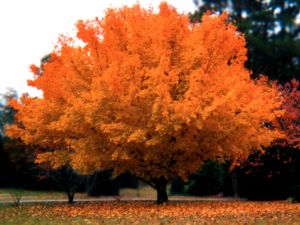 Some things are just too big to really think about. Feeling a tad overwhelmed this afternoon, I called my pal Cindy to find out whether I was alone in my staggering under the weight of life. If she weren't such a nice person, such a good friend, I think she would have laughed at me.

Everyone, she said, feels like that sometimes. Good. I'm glad to hear it. Not that I would wish this strange feeling of disenchantment and/or utter fatigue on anyone else. It's simply a comfort to find that the feeling is common to all.

Yes, I'm being vague on purpose. If I chose to write down all of the issues I've been pondering in lightening-fast succession... you might just buckle under the strain, too. We can't have that.

Cindy's advice was to talk it all out. I agreed. And I was able to speak to my friend Dan today, too. One thing I love about Dan is his ability to brighten my outlook at any given moment. He's willing to do it, too. The mark of a true friend. His advice? Take a break. Think closer to home. Remember that "the guy upstairs probably has this whole life thing figured out already". Sometimes I forget that.

At home I took a long nap. My sleep was deep but fitful. Apparently even unconsciousness isn't a true sanctuary at times. When I woke up I found that Jon had been thinking of me. He gave me the sweetest little card. On the front it says: Wonderful you... Inside it says: ...lucky me . I got some perspective.

This evening I was able to relax a bit. We watched "Hoosiers", an all time favorite of mine. Troubled individual gets his life back on track, people find the best in themselves, America offers amazing opportunities to everyone, and the underdog rises to the top. A true story.

To set my own mind at ease I decided to think about a simpler time... and instead I wound up thinking about (and rejoicing in) the fact that life is never simple. Crazy, as Dan reminded me today, is not only an option, it's inevitable. As long as we work hard, do our best, life works itself out. Thus, the outcome is fitting, even worthwhile.

I resolved to take the time to remember the lives of those who came before me, those who played integral roles in my existence. Heritage is soothing to consider because it's over and done. We can study it without worrying about a plot twist, a curve ball. Our heritage is the opposite of our future. Obvious? Sure. Important to remember? Absolutely.

Introspection may not always be the best remedy for the "mean reds" (a "Breakfast at Tiffany's" term that Cindy and I have adopted to explain some of the emotions we feel and don't understand). But occasionally it helps us find our center once again So, tonight I thought of my ancestors, my parents, the state of the world... big things that are done and have resulted in something that I consider to be very worthwhile... me.

Silver Embrace
Where was your beginning?
A handsome young Italian
Saw you gleaming in a window
He purchased you with his factory wages
Soon he and his pretty young Italian bride
Were wrapped in your silver embrace
Next you sheltered their
English-speaking Italian children
All seven
In two rows
Could you smell the lasagna from your place on the piano?
Then you held a soldier
Italian features in an American uniform
Did you hear that the war took all his brothers?
Black and white
A beautiful blond and the civilianized soldier
You cradle them and their half-Italian daughter
Were you a witness to their divorce?
A Christmas party
Seventies haircuts
You encircle a teenager with her slim half-Italian fingers
Poised for her first kiss with my father
How did you survive those treks across the country?
Now I smile back at myself from you
My quarter-Italian temper cannot be captured on film
But you know me, don't you?
-2003

The poem is one I wrote almost two years ago as an assignment for a class. I'd expected something much different than that which I ended up with. Such is the craft of the poet. As a matter of fact, this ended up being one of my favorites that year. Tonight it seemed an appropriate addition.